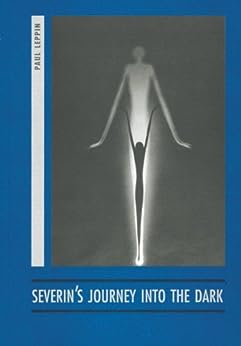 by Paul Leppin (Author), Kevin Blahut (Translator) Format: Kindle Edition
See all formats and editions
Sorry, there was a problem loading this page. Try again.
First published in 1914, this acclaimed novel is set in Prague, a city of darkened walls and strange decay which forms the backdrop of Severin's erotic adventures and fateful encounters – a world of femmes fatales, Russian anarchists, dabblers in the occult and denizens of decadent salons. Prognosis called it, ". . . a gem, a beautifully spun tale," and The Prague Post stated: "This novel would have been perfect material for a 1920s German Expressionist film, with shots of shadowy alleys dripping with menace and cadaverous black-eyed bar girls."
Read more
Previous page
Next page

A gem, a beautifully spun tale ... Leppin walks us through the streets of Prague to weave a haunting atmosphere that enhances the tale's moody texture and provides an enticing peek at pre-World War I Prague. --Prognosis

Recommended to anyone who is interested in the German fantasy tradition of Prague ... -- Locus

This novel would have been perfect material for a 1920s German Expressionist film, with shots of shadowy alleys dripping with menace and cadaverous black-eyed bar girls ... there is a compelling drive in this short tale. -- The Prague Post --This text refers to the paperback edition.

Paul Leppin was born in Prague on November 27, 1878, the second son of a failed clockmaker and a former teacher. Forced by the economic difficulties of his family to forgo a university education, he entered the civil service upon graduation from Gymnasium, working as an accountant for the Postal Service until his release due to reasons of physical disability. It was here that he witnessed firsthand the life-numbing existence of his contemporaries. Beginning with the appearance of his first novel, The Doors of Life, in 1901, his poetry, prose, and criticism appeared regularly in Prague and Germany over the next thirty years. Leppin was also one of the few German writers to have close contacts with the Czech literary community, translating Czech poetry and writing articles on Czech literature and art for German periodicals. As a leading figure of a young generation of Prague German writers, calling themselves "Jung-Prag" and centered around the two literary periodicals he edited, Fruhling and Wir, Leppin sought to combat the conservatism and provincialism of the city's established culture. Although many German writers eventually left Prague, Leppin could not live elsewhere and remained in the city after the formation of the Czechoslovak Republic in 1918, writing novels, plays (performed at the Neues Deutsches Theatre), stories, and poems Prague always forming a strong influence. He became Secretary of the Protective Union of German Writers in the Czechoslovak Republic that had been founded by Oskar Baum and Johannes Urzidil. Leppins contribution to the city's literature and culture was recognized both in 1934, when he was awarded the Schiller Memorial Prize, and in 1938, on the occasion of his 60th birthday, when he received the Czechoslovak Ministry of Culture Award for Writers. In the same year two volumes of his Prague Rhapsody appeared, marking the end of his publishing activity. In 1939 he was detained by the Gestapo after the German occupation of the city and, after his release, suffered a stroke from which he never fully recovered. He died in Prague of syphilis on April 10, 1945 largely unknown and forgotten. --This text refers to the paperback edition.

Hexameron
4.0 out of 5 stars Dark Mood Piece of Angst and Madness
Reviewed in the United States on 24 February 2010
Verified Purchase
Be warned that this story is somber, bleak, and bewildering. Nevertheless, I remained enthralled from the first page to the last and finished the book in one sitting because of Leppin's conveyance of Prague's atmosphere and Severin's torment. Leppin manages to depict an old early 20th-century Prague as a gloomy city with authentic ambience that even readers unfamiliar with Prague can savor. Leppin feeds the imagination well with haunting and vivid descriptions of Prague's foreboding streets, murky skies, and debauched night life. Leppin also seems to use the dark setting as a springboard for Severin's despondent and at times sinister nature. Or perhaps it's the other way around?

Not that much happens in this story, which focuses more on Severin's emotional turbulence and psychosis instead of a progression of significant events. Severin's character is an enigma to me. He has a tiny degree of goodness in him and he is often an impassioned romantic. But then he can be a depressed and cold-hearted sadist with no compunction about causing heartbreak. Severin harbors a deep desire for murder, but always expresses horror and guilt over it. At once he is crying and screaming in anguish - the next, he's smiling and enjoying a social gathering. He is often lovesick and lusts for a particular woman, but then not long afterwards he leaves her. One night he succumbs to lusting after a prostitute and the next night he longs for an old lover. By the end of the story, I still don't understand the protagonist's character or the reasons for his cruel actions or self-inflicted depression and mania.

No where in the story does Leppin suggest Severin is inclined to masochism or self-torture, but to my mind, Severin is an emotional masochist. Being content brings him no peace. When he has happiness and the love of a woman, he turns away from it for an inexplicable reason. After a period of isolated brooding, he returns to the woman in hopes of a reunion; when that does happen, he seems disappointed. What's so frightening about Severin is that these mood swings and complicated emotions have no cause to be there. They stem from no logical source except the darkness or penchant for suffering and potential madness that resides in all of us.

The ending is a mystery to me and I agree with another reviewer who calls it "abrupt." After all the angst Severin experiences, the ending seems to be incomplete and awkward - maybe that is Leppin's intention. I can't say if I'm disappointed or intrigued by the ending, and I like when stories do that. Another thing worth mentioning is that the subtitle "A Prague Ghost Story" is deceiving - this is not a "ghost story" at all. There are implications of Severin seeing one person as a ghost or interpreting residents in Prague's streets as phantoms, but no literal hauntings or spirits occur in this book.

So that you might have an idea of what you're getting into, here are some examples of Leppin's prose:

"Its streets led into sin, and evil lurked at the thresholds. There the heart beat between dank, treacherous walls, there the night crept past curtained windows and throttled the soul while it slept."

"Somewhere a dog howled, and its fearful baying sounded as though it came from the depths, from a forgotten pit beneath the crooked lanes..."

"A merciless and degenerate rage overcame him after hours of self-absorbed apathy. Then foam came to his lips and he smothered his horrible screams in the pillows on the bed."

"Ruined and besoiled, consumed and enervated, he perished in filth..."

Bottom line: This book is not for everyone and certainly not for someone aversed to the dark side of human emotions. This is a psychological drama of a perplexing character suffering from morbid thoughts, malcontent, and masochistic behavior. While Severin's tale is disturbing and tragic, Leppin's writing even in translation is spellbinding. Anyone who appreciates decadent literature should like this book.
Read more
5 people found this helpful
Report abuse

Alex Trier
3.0 out of 5 stars For Prague fanatics
Reviewed in the United States on 31 March 2013
Verified Purchase
It's not so much a ghost story as a typical 19th century story of a sinner's descent into hell. In this particular way it is entertaining. The best of it is that there is a lot about the city of Prague, the greatest city ever invented, and I mean invented by and for literature.
If you are a Prague fanatic you might be interested,
Beware ! , this is a translation ! Amazon gave me no hint of this fact, and I was severely disappointed.

A.Trier, Santiago, Chile
Read more
One person found this helpful
Report abuse
See all reviews
Back to top
Get to Know Us
Make Money with Us
Let Us Help You
And don't forget:
© 1996-2022, Amazon.com, Inc. or its affiliates