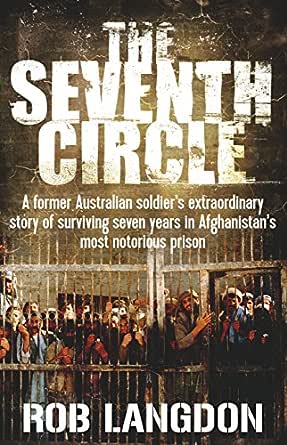 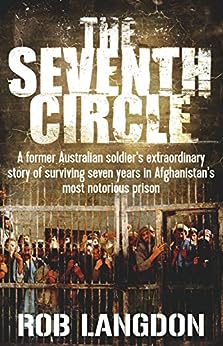 'I was arrested on Thursday 9th July 2009. On Wednesday I'd quit my job, killed a man and set his body on fire. I was sentenced to death. I'm not a good man, but I am an honest one. This is my story.'

Rob Langdon served in the Australian Army for almost fifteen years, before becoming a security contractor working in Iraq and Afghanistan. In July 2009 Rob was protecting a convoy when he shot and killed an Afghan guard during a heated argument after the guard drew a pistol on him. Rob's claim of self-defence was dismissed by a court in Kabul that refused to hear any of his evidence or call any of his witnesses, and he was sentenced to death in a matter of minutes.

Rob's death sentence was later changed to 20 years in jail, to be served in Afghanistan's most notorious prison, Pol-e-Charkhi, described as the world's worst place to be a westerner. Rob was there for seven years, and every one of those two thousand five hundred days was an act of survival in a jail run from the inside by the Taliban and filled with some of Afghanistan's most dangerous extremists and criminals.

In 2016 Rob was pardoned and released. The Seventh Circle is his extraordinary account of what it took to stay alive and sane in almost unimaginable circumstances.

Robert Langdon grew up on Billa Kalina Station in the South Australian outback. In 1989 he joined the Australian Army where he served for 15 years before transferring to the Army Reserves. He served as a Section Commander on Operation Plumbob to the Solomon Islands in 1999 and Operation Lorosae in East Timor in 2000. Robert was awarded the Australian Active Service Medal with East Timor clasp, the Infantry Combat Badge and the United Nations Medal for his service overseas.

In 2004 he began work as a private security contractor in Iraq and Afghanistan and worked with the US Army, civilian contractors and in medical evacuations. In 2008, Robert was employed in Afghanistan by the U.S. company, The Four Horsemen International. His job was to supervise security operations for the company on such tasks as guarding food and supply convoys, and medical relief expeditions.

After serving seven years of a twenty year sentence in Kabul's infamous Pol-e-Charkhi prison, Rob was pardoned by the Afghan President in mid-2016 and returned to Australia. He has always maintained his innocence.

peter reed
TOP 1000 REVIEWER
4.0 out of 5 stars One man's struggle to survive - nicely written.
31 January 2019
Format: Kindle EditionVerified Purchase
I don't read that many biographies but, when i saw this, I thought "why not" and I am glad I did. I have a particular interest in Australian ex- soldiers because they tend to stay in the background a lot more than their American counterparts but, in my mind, play no less a role in the worlds worst places.
This book does a lot, not only, to tell Rob's harrowing story but also to give the reader a better understanding of what 'goes on' in this amazing, and tragic, land.
I thought I was going to get a read on life in the gaol but Rob tells an amazing story about life in the Australian army, life before this incident and his own thoughts and feeling that he needed to survive this incredibly difficult (read impossible but our terms) set of circumstances. The way this is written does NOT make you feel like you are there but more like hiding in the corner watching this 'thing' unfold.....
For a 'novice' writer Rob has a charm and straight forward attitude that gives his story an amazing level of credibility and believability. His writing style appears to be like the author himself - up front and zero BS.
I really liked this book. I liked it because it tells a story without embellishment, without hype but with bucket loads of "dealing with the inevitable" and that makes a really pleasant change for someone who likes to get immersed in the read. So - if you want to visit these places without going through the sheer horror of actually being there and if you want to have a read that leaves you gasping and shaking your head - this is it.
Have a read and be thankful there are brave, and hard, men like Rob who are out there trying to make a difference.

Diane L Webster
5.0 out of 5 stars Fantastic Read
1 November 2017
Format: Kindle EditionVerified Purchase
I have enormous respect and admiration for the author Rob Langdon. This memoir is well written and enthralling from start to finish. Enduring and surviving seven years in Pol-e-Charki prison in Afghanistan goes well beyond every readers worst nightmare. It is a tale of resilience that we can all learn from and take the messages and words of wisdom away to use in every day life. Rob has shown the importance of focusing on what we can control and living with integrity by acting according to our own values and being true to this. I also learnt from Rob the importance of a routine every day to ‘get us through ‘ even the most dire circumstances we have been dealt. Highly recommended reading.
Read more
3 people found this helpful
Helpful
Comment Report abuse

Celesthe Story
5.0 out of 5 stars Bloody ripper!
12 March 2019
Format: Kindle EditionVerified Purchase
Perfect. I await the follow up. So easy to throw in a book of short stories similar to James Ellroy. Short story, snap...before you have a chance to digest snap.... next story, hard and fast.

I hope to read the sequel . Personally I would like to see more information and in-depth stories about the body in the mind whilst being in these places. However I recognise that that would kind of suck having to reiterate a pretty shit situation. I certainly don't have the mental training for surviving that.... did like the finish at the airport. Very descriptive. Perfect ending.

Amazon Customer
5.0 out of 5 stars Bloody great read!
17 March 2019
Format: Kindle EditionVerified Purchase
Couldn't put this down and read it in under two days.
An excellent read and a real eye opener to the world of international contractors working in some of the most backwards, hostile environments in the world.
Thanks Rob Landon and of course "Duty First"

Alex
5.0 out of 5 stars Definitely worth the read
11 October 2017
Format: Kindle EditionVerified Purchase
Great book from the man actually on the ground told in his own words.
Highly recommended, you won't be disappointed.

leslie
5.0 out of 5 stars Hang in there
27 February 2019
Format: Kindle EditionVerified Purchase
I was so impressed with the resilience of the author in such unbearable circumstances and conditions. How could he survive? It was such an in site to the politics and hypocrisy of the Muslim religion. Very well written
Read more
Helpful
Comment Report abuse
See all 12 customer reviews
Write a customer review

Go to Amazon.com to see all 4 reviews 5.0 out of 5 stars
Get FREE delivery with Amazon Prime
Prime members enjoy FREE Delivery and exclusive access to movies, TV shows, music, Kindle e-books, Twitch Prime, and more.
> Get Started
Back to top
Get to Know Us
Make Money with Us
Let Us Help You
And don't forget:
© 1996-2020, Amazon.com, Inc. or its affiliates