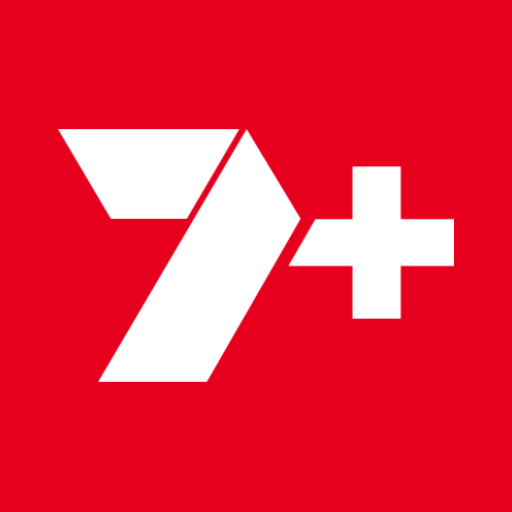 Introducing a whole new world of entertainment. Watch your favourite 7, 7TWO, 7mate and 7flix shows, plus MORE, on 7plus.

• See all your favourite shows. Anytime.
• Stay in the loop with Live TV.
• Keep up to date with the latest episodes and releases.

Watch the shows you love; now or later. Come play with us.

Got some feedback? We’re listening and constantly working to improve the quality of 7plus. Please send feedback directly to support.seven.com.au.

4.2 out of 5 stars
4.2 out of 5
905 global ratings
How are ratings calculated?
To calculate the overall star rating and percentage breakdown by star, we don’t use a simple average. Instead, our system considers things like how recent a review is and if the reviewer bought the item on Amazon. It also analyses reviews to verify trustworthiness.

Brandon Lee Miller
1.0 out of 5 stars A terrible app.
Reviewed in Australia on 22 August 2021
Verified Purchase
Watching the olympics this year was hampered by the fact that all of the UI carousels had been sorted in alphabetical order, instead of LIVE NOW or some other, smarter way of sorting events.

It was messy and difficult to navigate, and for the first few days of the olympics they spammed me with so many HP ads, I'll now never buy a HP computer again. So there you go, your advertising campaign had the opposite effect on me. Won't be buying HP, won't be using the 7 App. The end.
Read more
One person found this helpful
Helpful
Sending feedback...
Thank you for your feedback.
Sorry, we failed to record your vote. Please try again
Report abuse

Shane O'Connor
1.0 out of 5 stars not worth looking at
Reviewed in Australia on 26 February 2021
Verified Purchase
there are so many apps competing for your attention and time, unless they are really offering something they are a waste of both.

Need to have 1 or 2 really popular shows that can be advertised before any streaming service will pay for itself let alone be popular.

Their ads are extremely annoying, they are far too frequent.

The ads just keep on repeating and repeating meaning you will never go back to 7 minus!
Read more
Helpful
Sending feedback...
Thank you for your feedback.
Sorry, we failed to record your vote. Please try again
Report abuse

Linda
3.0 out of 5 stars Thought all models had voice control via Alexa but alas no!
Reviewed in Australia on 31 August 2020
Verified Purchase
I got the older basic model with only 1 Aussie free to air TV chanel :-(
Messy & inconvenient apps all over the place & many of them are US or UK with a couple having no access for Australian customers at all.
Navigation is a little tricky too with very basic remote.
Nowhere near as good as I thought it would be, but cheap enough access to modern TV streaming apps such as NetfliX, Stan, Apple TV & Prim, but disappointing there was no Foxtel app & VERY disappointed there's only one of the 5 free to air Australian TV chanels.
Read more
One person found this helpful
Helpful
Sending feedback...
Thank you for your feedback.
Sorry, we failed to record your vote. Please try again
Report abuse

❤️
TOP 1000 REVIEWER
5.0 out of 5 stars you little beauty
Reviewed in Australia on 17 October 2019
Verified Purchase
I often watch this. Minus the annoying ads it’s great. Let’s you watch episodes passed like Gordon Ramses nightmare kitchens and some docs like Patrick Swayze story. And of course Live tv.
Read more
2 people found this helpful
Helpful
Sending feedback...
Thank you for your feedback.
Sorry, we failed to record your vote. Please try again
Report abuse

Marie-Therese Zimmermann
1.0 out of 5 stars Crap App
Reviewed in Australia on 17 October 2020
Verified Purchase
I just purchased a Firestick Lite but the 7plus app would not open past the 7plus logo and a spinning circle. I waited for 10 minutes then checked my internet speed which was fine tried again with the same result uninstalled the app then downloaded it again and still nothing. Not happy.
Read more
2 people found this helpful
Helpful
Sending feedback...
Thank you for your feedback.
Sorry, we failed to record your vote. Please try again
Report abuse

Customer
1.0 out of 5 stars Too many ads, poorly executed
Reviewed in Australia on 9 December 2019
Verified Purchase
So full of ads I find it too hard to watch anything. While I understand the app is free, it feels like there are ads more frequently than on TV and the volume is loud and obnoxious compared to the program being watched. I understand having ads to pay for the content but this is ridiculous
Read more
One person found this helpful
Helpful
Sending feedback...
Thank you for your feedback.
Sorry, we failed to record your vote. Please try again
Report abuse

HarryL
4.0 out of 5 stars 7plus works with Fireshot
Reviewed in Australia on 27 January 2020
Verified Purchase
I am an Australian user of Amazon's Fireshot TV plugin gadget. Initial impressions were good- as I have amazon Prime - but I was disappointed that 7plus was the only Australian TV app available. No ABC, No SBS, not other TV stations. Hopefully they will come soon?
Read more
One person found this helpful
Helpful
Sending feedback...
Thank you for your feedback.
Sorry, we failed to record your vote. Please try again
Report abuse

valshopaholic
1.0 out of 5 stars Doesn't work on firestick
Reviewed in Australia on 8 August 2020
Verified Purchase
Despite purchasing my Firestick from the Australian Amazon store it doesn't seem to allow any Australian app other than Stan so don't waste time downloading this app.
Read more
One person found this helpful
Helpful
Sending feedback...
Thank you for your feedback.
Sorry, we failed to record your vote. Please try again
Report abuse
See all reviews
Amazon Appstore Return Policy