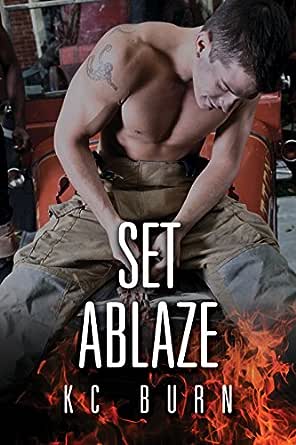 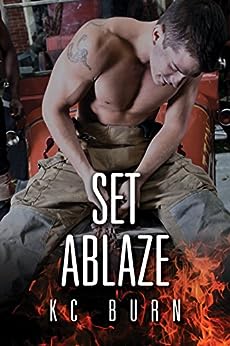 California firefighter Hayden Hurst is starting to realize there’s more to life than fighting fires and drinking with his buddies. He has room in his home and his life for someone special, but no one has stood out among his hookups. And while he’s out at work, admitting he’s gay is very different from showing up at social functions with a man. He’s afraid that’ll be too much for his less-than-accepting “friends.”
Broadway dancer Jez Bouchet hasn’t been mistaken for straight since he was gay-bashed at seventeen. After getting a lucrative job offer in Hollywood, he uproots his life in New York and drives to Los Angeles. His brother, who is Hayden’s best friend, arranges for him to crash at Hayden’s place.

The attraction between Hayden and Jez is unexpected but fiery, and they succumb before they’re even sure they like each other. But Jez hates Hayden’s homophobic friends, and Hayden knows Jez is too flamboyant for him to fly under the radar. Then there’s the complication of Jez’s brother.

Despite those hurdles, they fling themselves into a relationship. But Jez has secrets: a tiny spoiled dog and a determined stalker. If he doesn’t come clean, he might torch their burgeoning relationship before it has a chance to bloom.

KC Burn has been writing for as long as she can remember and is a sucker for happy endings (of all kinds). After moving from Toronto to Florida for her husband to take a dream job, she discovered a love of gay romance and fulfilled a dream of her own--getting published. After a few years of editing web content by day, and neglecting her supportive, understanding hubby and needy cat at night to write stories about men loving men, she was uprooted yet again and now resides in California. Writing is always fun and rewarding, but writing about her guys is the most fun she's had in a long time, and she hopes you'll enjoy them as much as she does. Website: kcburn.com Twitter: @authorkcburn Facebook: www.facebook.com/kcburn

Romantic Fool
5.0 out of 5 stars Love conquers all
Reviewed in the United States on 11 December 2018
Verified Purchase
Jez running from a bad relationship in NYC ends up on Hayden's porch. As Jez settles in as a roommate, Hayden begins to have feelings for Jez. Hayden's eyes are opened by Jez of how closeted he is and he works on changing that. Love blossoms between them but Jez's controlling BF from the past follows him to Passadena. Hayden is able to get his police friend to help and he becomes no threat. This is a HEA book so love blooms and Jez and Hayden make it work.
Read more
Helpful
Sending feedback...
Thank you for your feedback.
Sorry, we failed to record your vote. Please try again
Report abuse