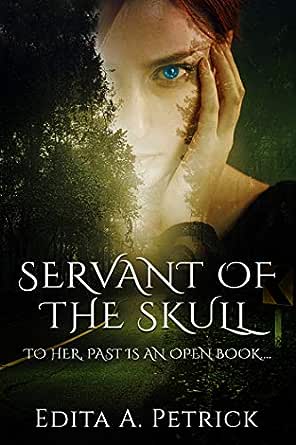 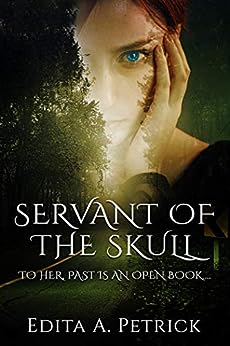 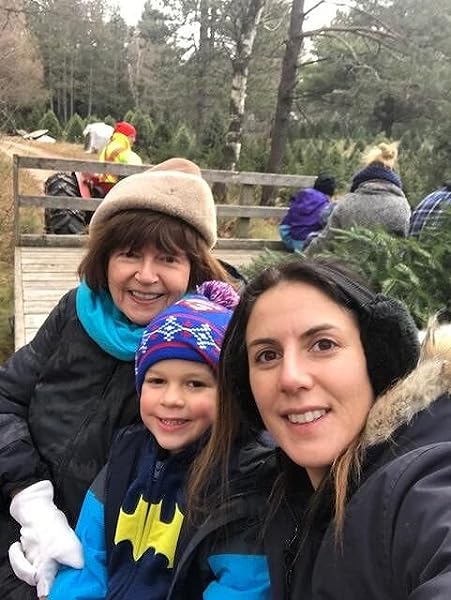 Robin Hansen
TOP 1000 REVIEWER
5.0 out of 5 stars Spell binding and riveting
Reviewed in Australia on 29 September 2017
This is a sensational book that I would love to see her progression with the curse, Mora and Fenwick. Looking for more of her Skullspeaker series. The Doctor's talent in skull reading and reconstruction is fraught with ethical issues verses money. This is a great fantasy book and deserving of every five stars. I voluntarily read an advance reader copy of this book, and am so glad I did. Had to read it in one sitting as the suspense was gripping
Read more
Helpful
Report abuse
See all reviews

Lyoung
4.0 out of 5 stars What is under the skin?
Reviewed in Canada on 28 February 2019
Verified Purchase
I very much enjoyed this story. The protagonist is an archeologist with a specialty in pottery. She has become one of the world's most renowned skull reconstructor. She has been hired by an unamed party to reconstruct three (3) skulls for identification purposes. A great deal is on the line. One of the skull, is supposed to belong to a Greek billionaire. The confirmation or denial of the identity will permit the reading of his will. Several people stand to benefit greatly.
Read more
Report abuse

Space Cowgirl
5.0 out of 5 stars Do You Wanna Live Forever?💔
Reviewed in the United States on 20 January 2019
Verified Purchase
Two soldiers👹🔪 from the time of Alexander the Great, begin a life of murder and rebirth, over and over. They kill their way through the ages until present time.

Present time. At 60 years old, It's time for one of them to transit into a younger body. It's the body of a wealthy Spaniard, a nineteen year old son of Carlos Mora, who unwittingly drinks some of the soldier's blood in a coke.
At the same time, Gianna💃, a young woman who is a 💀skull💀 reconstruction expert, a forensic anthropologist scientist, finds out she has an unwanted physic gift. When she handles a human skull💀, she learns all about that person and what happened to them.
She tries to stay with ancient skulls💀 but her boyfriend, an FBI agent talks her into going to Sarajevo to reconstruct faces from four skulls💀 found in a ravine. They are from recent years, and she is deeply traumatized by their hideous deaths.
One of the ancient soldiers👹🔪 has rigged his current death in an airplane accident off the coast of greece. He transfers his body into that of the 19 year old son of wealthy Spaniard, Carlos Mora.
His other family, the Greek family, asks Gianna💃 to come to their Greek estate to reconstruct the 💀skulls from the crash, to be certain of his death for his heirs. This man has murdered a lot of people over the years. In order to shift into another body, he has to take the life of another person. A Life for A Life.

ARC Received from Hidden gene Gems.
I also got the book on Amazon for $.99.

This is a unique and very interesting book! It's a real suspenseful page turner! Gianna💃 has done some fibbing in her recent works because she needs money really bad and the descendants dont want to know that their relative is not the person they thought he was. But Gianna💃 knows the truth!
This book is part of a series. I suppose you can label it a cliffhanger, since we don't know what is going to happen between Gianna💃 and young Mr. Mora👹.
Read more
2 people found this helpful
Report abuse

BookDragon Nin
4.0 out of 5 stars Anthropological Mystery⁉️ 💀💀💀
Reviewed in the United States on 4 October 2017
Verified Purchase
As a avid fan of Petrick' Peacetaker Series, I was excited when I had the opportunity to read and review this Hidden Gem ARC. Servant of the Skull is a unique paranormal thriller, a great start to Petrick's new Skullspeaker Series. In Gianna, we have an interesting character who as a forensic anthropologist has been forced to compromise her talent to keep her job. A hidden gift (curse?) allows her to not only know, but feel what a person felt at the moment of death. Past cases have traumatized her so Gianna has sworn off contemporary criminal forensics to work on historical museum projects. As if being strong armed into assisting in verifying the identity of three airplane crash victim, she encounters danger as someone tried to prevent her from uncovering an ancient deadly curse.
Am curious to see what's in store for Gianna in future books
Read more
Report abuse

Lizzie Jameson
4.0 out of 5 stars Intriguing start of Skull Speaker series
Reviewed in the United States on 2 December 2015
Verified Purchase
With the first book of Skull Speaker series, Edita Petrick manages to bring something new and fresh to the thrilling word of forensics. I was left intrigued and surprised by how the main character, Gianna Pontiac, is developed. She has a natural gift to look into people's last days of living by touching their corpses skull. Although this might seem like a useful skill at first, we get to find out just how much of a burden it becomes in her life, after a routine asignment to Greece, Peloponessos. Here is where the plot thickness and she gets to find out what dangerous paths her gift may bring her.

A really suspenseful novel, with action-packed scenarios and plenty of twists that will keep you wondering and glued to the book. I am looking forward to the next book of the series
Read more
One person found this helpful
Report abuse

E.P. McLean
2.0 out of 5 stars First in series.
Reviewed in the United States on 13 January 2016
Verified Purchase
Very disappointing book. It begins as a standard forensic type. We have a women trained as a forensic anthropologist who has a supernatural ability to see the faces skulls have. So far just like half a dozen series already on the market. Suddenly we are in England working at a museum constantly in trouble for creating faces unpopular with her clients. Add a two thousand year old man who has ties to Alexander the Great and takes over a persons life every forty years and we have a serious case of whiplash. It has little action and is dull. The ending is a best vague. Needs serious rethinking to become average.
Read more
4 people found this helpful
Report abuse
See all reviews
Back to top
Get to Know Us
Make Money with Us
Let Us Help You
And don't forget:
© 1996-2021, Amazon.com, Inc. or its affiliates