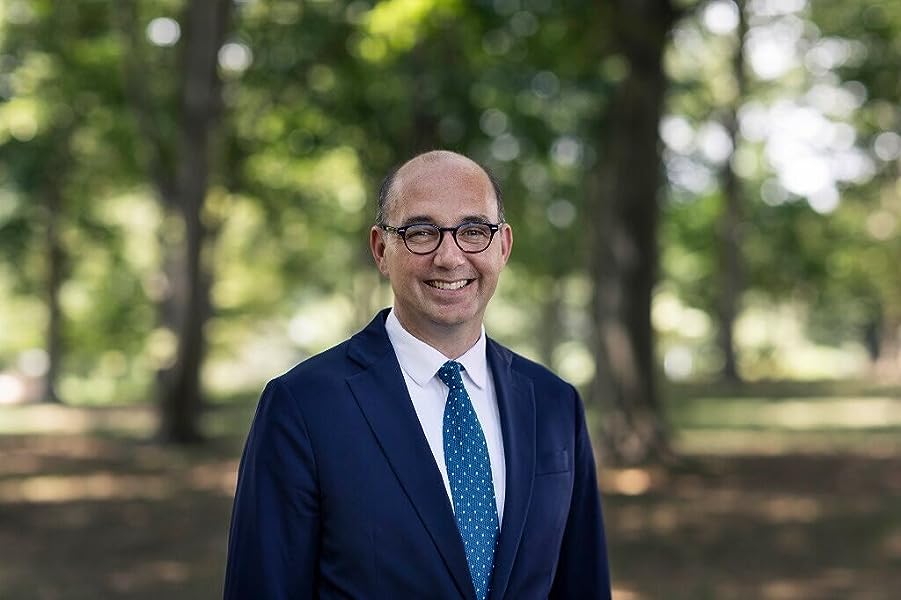 The Sermon on the Mount and Human Flourishing: A Theological Commentary Hardcover – 20 June 2017

by Jonathan T Pennington (Author)
4.7 out of 5 stars 51 ratings
See all formats and editions
Sorry, there was a problem loading this page. Try again.

"You have heard it said that the Sermon on the Mount is an impossible ideal, but Jonathan Pennington says to you that it brings blessing and virtue, wholeness and excellence through the wise words of King Jesus. The Sermon on the Mount has informed theological ethics and Christian discipleship for centuries, but often readers have not known quite what to do with these instructions. Pennington here offers a comparative and literary analysis that brilliantly plots the text's portrayal of the good life of the gospel against other portraits of the virtuous life in Jewish and Greco-Roman literature of the day."
--Michael Allen, Reformed Theological Seminary, Orlando "Pennington has written an exegetically sane and readable commentary on the Sermon on the Mount that also provides a macroscopic reading strategy focusing on how the Sermon envisions the realization of true human flourishing. Pennington argues what may be surprising to many today: human flourishing does not come by ignoring the law of God but by doing the will of God as whole persons. Pennington recognizes the need for balance between the unique work of Jesus in Matthew--who saves his people from their sins--and the necessity for his disciples to live in accord with the ethics of the kingdom. Pennington's exposition of Jesus's teaching has numerous implications for how we approach life today and deserves careful consideration. For anyone who has ever asked, what is the good life?, here is an answer that interacts robustly with the biblical text in its ancient context. This is a creative, substantive, and worthwhile contribution to the study of the Sermon on the Mount."
--Brandon D. Crowe, Westminster Theological Seminary "Pennington offers a helpful prolegomenon to the study of the Sermon on the Mount. His fresh proposal of a new paradigm for interpreting the Sermon exhibits an awareness of the major trajectories in the history of interpretation and judiciously engages the most recent scholarly discussions. Not content with mere theory, Pennington applies his paradigm in a brief commentary on the Sermon. Along the way he offers many insights that will enrich one's study of Jesus's ethical teaching. This is essential reading for scholars interested in synoptic studies."
--Charles Quarles, Southeastern Baptist Theological Seminary

"Pennington's reading of the Sermon on the Mount is a remarkable piece of work: erudite, careful, balanced, and fresh. Grounded in meticulous historical exegesis but shaped by a distinctive sensitivity to theological hermeneutics, the book succeeds in proclaiming what is often undersold in our evangelicalism--the goodness of the good news by which we come to flourish."
--Grant Macaskill, University of Aberdeen "When it comes to the Sermon on the Mount, many scholars find it difficult to comprehend the Sermon, let alone to make a contribution to the history of Christian thinking about it. Pennington has accomplished both, baptizing this great collection of Jesus's teachings into the wisdom tradition of human flourishing and virtue ethics. Even where I disagree with Pennington, I have learned from his logical and clear case for the Sermon as a summons to human flourishing. This book will prove to be an exceptional classroom tool as well as a preacher's steady resource."
--Scot McKnight, Northern Seminary "Is there need for another book on the Sermon on the Mount? Yes, because few others combine the strengths, clarity, pathos, and insight of this one. It is rooted in wide reading across many centuries and traditions. It takes full measure of the range of methods available to shed light on the passage. It is alert to personal transformation as a justified aim in reading. It is balanced, hermeneutically informed, and academically grounded without failing to be pastorally useful as well as theologically responsible. Readers of all stripes will benefit from interaction with Pennington's expositions and sometimes painfully honest wrestlings."
--Robert W. Yarbrough, Covenant Theological Seminary "In this insightful volume, Pennington brings his expertise in the Gospels (and Matthew in particular) to bear on the theological masterpiece that is the Sermon on the Mount. Pennington finds in the Sermon an 'eschatological, Christ-centered, kingdom-oriented piece of wisdom literature, ' whose unified theme is the goal of human flourishing. I found Pennington's careful exegesis and balanced conclusions thoroughly convincing."
--Mark L. Strauss, Bethel Seminary San Diego "Pennington invites readers to consider anew the First Gospel's Sermon on the Mount. Situating the Sermon's message in the nexus of Second Temple Jewish wisdom and the Greco-Roman virtue traditions, Pennington unlocks the potential of the Sermon for the church in the twenty-first century. In his reading, the Sermon bids humans into a way-of-being-in-the-world that produces a foretaste in the present of the whole-person, full-human flourishing promised in the eschaton through the practice of Jesus's words."
--Joel Willitts, North Park University

Jonathan T. Pennington (PhD, University of St. Andrews) is associate professor of New Testament interpretation and director of research doctoral studies at the Southern Baptist Theological Seminary in Louisville, Kentucky. He is the author of "Reading the" "Gospels Wisely: A Narrative and Theological Introduction" and "Heaven and" "Earth in the" "Gospel of Matthew." He has also published a number of biblical language learning tools, including" New Testament Greek Vocabulary" and "Old Testament Hebrew Vocabulary."
Read more
Start reading The Sermon on the Mount and Human Flourishing on your Kindle in under a minute.

4.7 out of 5 stars
4.7 out of 5
51 global ratings
How are ratings calculated?
To calculate the overall star rating and percentage breakdown by star, we don’t use a simple average. Instead, our system considers things like how recent a review is and if the reviewer bought the item on Amazon. It also analyses reviews to verify trustworthiness.

J
5.0 out of 5 stars The Way of Jesus made clearer
Reviewed in the United States on 6 July 2017
Verified Purchase
Incredible commentary and approach to the Sermon. Deeply scholarly, indeed technical at times, but the depth of meaning he gives through elucidating the context of the Sermon, both historical and literary, will forever change the way I read Jesus's most important discourse. The book is probably not for the average church member as he deals in the weeds of Greek and Hebrew texts and lexical issues. Those with some seminary education may be challenged but should still give it a read. Dr. Pennington is breaking evangelicals out of their old molds and presuppositions about the New Testament's many commands and imperatives for Jesus's disciples. The wise Way of Israel's Messiah-King and Rabbi-Teacher becomes central to the Gospels' gospel!
Read more
22 people found this helpful
Report abuse

Grant W Hewitt
5.0 out of 5 stars Warning! Not Pharisee-approved
Reviewed in the United States on 14 August 2019
Verified Purchase
Having had Pennington for multiple classes at SBTS, I knew this book wouldn't disappoint. I have read it twice, and find it to be a wonderful wedding of insight and application. It strikes at the heart of the church's age-old problem of externalism and mechanical obedience. Instead, we are exegetically invited to a whole-person righteousness and soul-refreshing turning to God. Unlike many theological commentaries, this one actually challenges the reader to self-reflect, if the reader will understand! Hang on tight, you will herein discover you have *far* more Pharisee in your heart than you ever thought.
Read more
5 people found this helpful
Report abuse

J. Koon
5.0 out of 5 stars A brilliant fresh look at timeless wisdom
Reviewed in the United States on 22 November 2019
Verified Purchase
A brilliant fresh take on the sermon in the mount. He gleens from Jewish and Greek history that would have influenced the sermon, and remains faithful to the text, beautifully bringing out Jesus' vision for humanity that is at the center of the sermon. You need this book.
Read more
One person found this helpful
Report abuse

T&N Davis
5.0 out of 5 stars Understandable and insightful
Reviewed in the United States on 25 March 2020
Verified Purchase
I became a fan of Mr. Pennington’s work with his CD’s for learning Greek and Hebrew. Now that he is a professor I am equally appreciative of his books. I have all three. They are not too difficult to understand and they are as valuable as resource material as the CD’s. They are all filled with the insight of a extremely wise teacher.
Read more
Report abuse
See all reviews
Back to top
Get to Know Us
Make Money with Us
Let Us Help You
And don't forget:
© 1996-2021, Amazon.com, Inc. or its affiliates