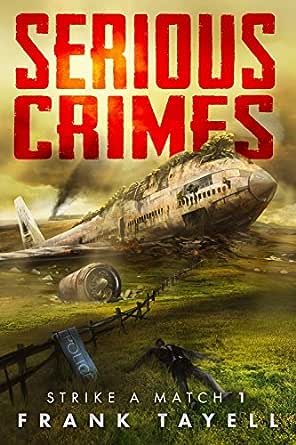 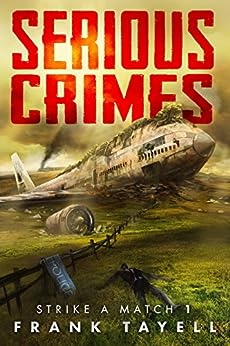 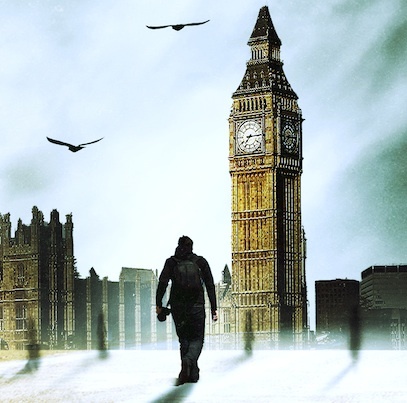 4.3 out of 5 stars
4.3 out of 5
283 global ratings
How are ratings calculated?
To calculate the overall star rating and percentage breakdown by star, we don’t use a simple average. Instead, our system considers things like how recent a review is and if the reviewer bought the item on Amazon. It also analyses reviews to verify trustworthiness.

Adam Brown
4.0 out of 5 stars Good read for a twist on post-apocalyptic Britain
Reviewed in the United Kingdom on 14 May 2019
Verified Purchase
I came to these after reading and enjoying Frank Tayell's zombie series of short books. These were just as enjoyable. I like Tayell's books for the detail, thought and the research that has gone into them. I must admit I've never read any post-pandemic murder mysteries before to compare this series with but I'd recommend it.
It wasn't perfect though. There were some niggles which didn't really make sense when he ties up the immediate aftermath of the pandemic with twenty years later when the book is set. He should have just stuck to a post-apocalyptic crime thriller rather than moving into international conspiracy territory because belief had to be suspended a couple of times for it to make sense. A good read though. I hope he finds time to fit in some more in between his zombie books.

M. Jones
5.0 out of 5 stars Entertaining read but not a standalone book.
Reviewed in the United Kingdom on 30 August 2019
Verified Purchase
A good old fashioned crime thriller but set in a future that's anything but futuristic!
Think Skynet from Terminator except this time it's wiped itself out, modern technology has been destroyed in the process and the human survivors now have to go back to basics and rebuild pretty much everything.
Then we are introduced to your stereotypical flawed copper who likes to do things his way and we have the basis for a thought provoking story set alongside a good old investigation into whodunit.
I enjoyed it and will probably get the next book to see how it continues but therein lies the only downside (well, apart from the usual typos which are all too common in kindle books) in that the story does not end with this book and you have to get the next one if you don't want to be left hanging.
That's something I'm not a fan of because I don't like to be 'forced' into buying the next in a series simply because the first book ended mid story. I don't mind reading a series with a particular character or setting but I do prefer each book to be its own separate story so you get a proper ending with each one. If you don't mind not having a definitive ending then this comes highly recommended.
Read more
Report abuse

DK goes Wild
5.0 out of 5 stars Great and interesting world for a classic murder mystery story
Reviewed in the United Kingdom on 25 June 2018
Verified Purchase
Frank creates a great interesting world as the backdrop for a classic murder mystery story. I love how his world creations seem possible and the problem solving required to survive. These issues have been thought about to make the story more believable.

The mix of old technology and modern ideas and how sociality has to create rules for survival.

Frank keep writing these great stories please as I love reading them.

Neil Holden
5.0 out of 5 stars Hooked from the start
Reviewed in the United Kingdom on 7 January 2018
Verified Purchase
I sat down and started reading this morning and 6 hours later I've finished it. I cannot remember the last time I sat down and read a book cover to cover in one sitting. I ordered all 3 books in the series at the same time on the off chance and now I just want to start on the next one straightaway, however I think I'd better give my poor eyes a rest before I do.

A cracking read, a different and original plot for what is a post apocalyptic story. Apologies to any Americans reading this review but it made a refreshing change for such a book not to be centered on the US perspective.
Read more
One person found this helpful
Report abuse

Jess. (JessReviews)
4.0 out of 5 stars Good premise and story
Reviewed in the United Kingdom on 12 May 2018
Verified Purchase
This book has a good premise. The storyline was well thought out. I enjoyed the glimpse into the world before the present times and the blackout.
I liked the characters.
I just think at at times the paced slowed which was why I have it 4 stars.
Overll, I'd recommend giving this book a try.
Read more
One person found this helpful
Report abuse
See all reviews
Get FREE delivery with Amazon Prime
Prime members enjoy FREE Delivery and exclusive access to movies, TV shows, music, Kindle e-books, Twitch Prime, and more.
> Get Started
Back to top
Get to Know Us
Make Money with Us
Let Us Help You
And don't forget:
© 1996-2020, Amazon.com, Inc. or its affiliates