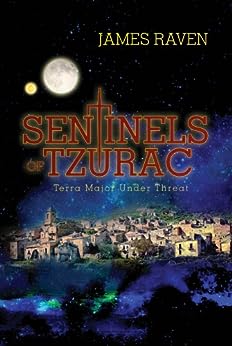 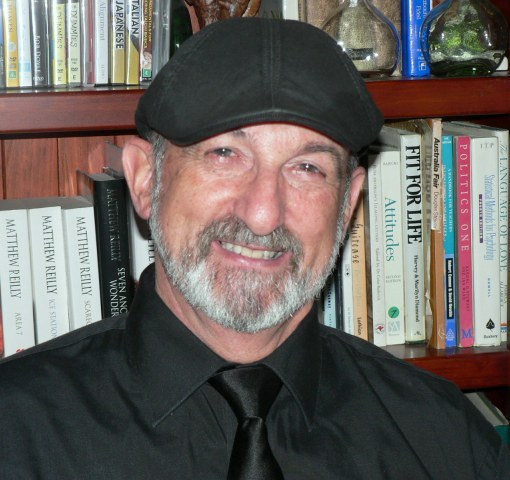 Peter760
5.0 out of 5 stars Even if you are not normally into sci-fi I think you will find it entertaining.
Reviewed in the United Kingdom on 20 January 2013
Verified Purchase
An enjoyable fast paced read! A good story and well presented with believable characters and a nicely executed story line.

The author has avoided the self indulgent predisposition of some writers to spend large portions of the book describing in minute detail the civilisation they have created. Instead he has provided sufficient information to enable the reader to grasp the background and get into the story without becoming bored by superfluous detail.

I see this is the first in a series and will certainly keep an eye out for the publication of his next book.

Paul S
5.0 out of 5 stars I love this melodramatic style
Reviewed in the United States on 27 November 2014
Verified Purchase
I had never heard of the genre "Space Opera" before this, but I have to say, it fits the book! Sentinels of Tzurac could have been an episode of Flash Gordon; the original black and white version. I half expected Ming the Merciless to pop up at any moment! There's no subtlety here - it's all about world domination and universal peace. I love this melodramatic style.

What I also loved is, this is a complete story; beginning, middle and end. All the loose ends are tied up at the conclusion; no frustrating lead-ins to the next instalment; no eBook published in three parts - just one. The plot is linear, dramatic, and well thought out. The characters were easy to identify with, but rather black or white. No mistaking who the goodies and badies are here folks.

A great deal of the storyline is told as third person narrative style, which can be, at times, a bit over-descriptive and almost robotic in nature. The plot is so strong that you can overlook the simplistic prose and the very occasional English usage gaffe. That's just editing inexperience.

In the Space Opera genre, you have to forget about the limitations of physics, (time dilation and speed of light are always so inconvenient to sci-fi authors) but there is one glaring plot hole. Our Earth scientists have, apparently have discovered two other habitable planets in our own solar system!? These are all minor points and don't detract much from the experience.

This was a fun ride and given that this was James Raven's maiden novel, I am expecting big things from him in future. Good job James, I enjoyed reading this - a lot!
Read more
Report abuse

Lily Sealey
3.0 out of 5 stars Simple but effective
Reviewed in the United States on 5 June 2014
Verified Purchase
For a first effort, James Raven's work is definitely solid, and certainly worth the price of the paperback, let alone the price of the kindle version (which was the one I collected).
The storytelling and language is somewhat simplistic, and suffers in a way because of it. Perhaps too much emotion and exposition is given where silences and assumptions would be more powerful.

However, I will say again that for its minor language and storytelling flaws, the story it tells is a strong one, and certainly fits the genre with no real surprises nor problems. The plot is straightforward and, in its simplicity, effective.

An excellent first attempt from an author that clearly loves the genre he writes in.
Read more
One person found this helpful
Report abuse

Mazbeenz
4.0 out of 5 stars Escape to another world
Reviewed in the United States on 28 April 2014
Verified Purchase
I read this book after a few heavy reads beforehand and found it a welcome break. It had defined characters and an easy-to-follow plot with some twists and turns. It was not hard to pick up where I left off (something I find with other more weighty tomes) and imagery came easily. I could see this story could work well on the screen with plenty of great costumes and out-of-this-world settings.
It may not satisfy those who like a more challenging read but is a good bit of escapism. It's suitable for young adults in mmy view.
Read more
One person found this helpful
Report abuse

Karen D
5.0 out of 5 stars Terrific Science Fiction
Reviewed in the United States on 22 March 2013
Verified Purchase
A great read. Love the plot which flows well. Characters realistic and believable. It works as a stand alone but I can't wait to find out what happens in the next book.
Read more
One person found this helpful
Report abuse
See all reviews
Back to top
Get to Know Us
Make Money with Us
Let Us Help You
And don't forget:
© 1996-2021, Amazon.com, Inc. or its affiliates