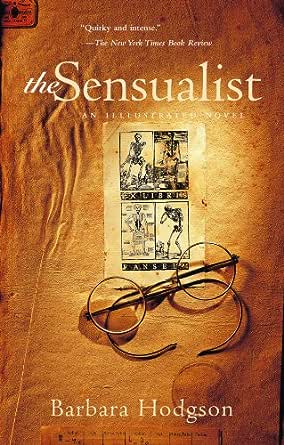 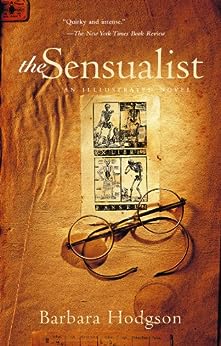 Barbara Hodgson is a Vancouver writer, book designer, and photographer. Her first book was the much-acclaimed illustrated novel The Tattooed Map, set in Morocco and published by Chronicle Books. She collaborated with Karen Elizabeth Gordon and Nick Bantock on Paris out of Hand (also from Chronicle Books), a fictional guidebook to Paris, and has recently complied a bizarre anthology called The Rat: A Perverse Miscellany (Ten Speed Press). --This text refers to an out of print or unavailable edition of this title.

wiredweird
2.0 out of 5 stars Disappointing
Reviewed in the United States on 8 August 2010
Verified Purchase
The start of this book captured my attention. It begins with Helen, a loyal wife seeking her missing husband - still loyal, whether or not he's worth being loyal to. Early in her journey, she encounters some very odd people and receives a mysterious gift. A touch of the supernatural swirls around it, and around the people she encounters. The theme of the senses gets support from Helen's long experience in anatomical art. Eerie touches in the story, combined with complex collages throughout the book, set my hopes in the direction of  Nick   Bantock's  better work.

Somehow, the story never builds. Elements that could have lent drama seem to fizzle. Connections between characters never tie the story together. Then, the ending just terminates the book without resolving it. The husband's absence, though ended, stays unresolved, the supernatural elements just end without explanation. The means of a bizarre murder go unexplained, even though the murder demands explanation in terms of the murderer. The writing carried me to the end, then unceremoniously dumped me.

Lynn
4.0 out of 5 stars Pulled and pushed by this most unusual novel!
Reviewed in the United States on 2 March 2014
Verified Purchase
Such a mixture of both the good and evil which resides in the hearts and souls of most of us. It was mesmerizing with it's focus on ancient woodblocks which was analogous to the main character's search for her real self. While enjoyable with it's paranormal aspects, the book isn't for someone looking for a light pleasure read. The artfulness of the author is evident throughout in subject manner and writing style. It was a challenging and self enlightening reading experience!
Read more
One person found this helpful
Report abuse

Miss Maddy
5.0 out of 5 stars I love this book.
Reviewed in the United States on 15 August 2018
Verified Purchase
This book is an absolute treasure and you want it in your library. The pages are wonderful and then the author takes you off your guard with this tale.
Read more
Report abuse
See all reviews
Get FREE delivery with Amazon Prime
Prime members enjoy FREE Delivery and exclusive access to movies, TV shows, music, Kindle e-books, Twitch Prime, and more.
> Get Started
Back to top
Get to Know Us
Make Money with Us
Let Us Help You
And don't forget:
© 1996-2020, Amazon.com, Inc. or its affiliates