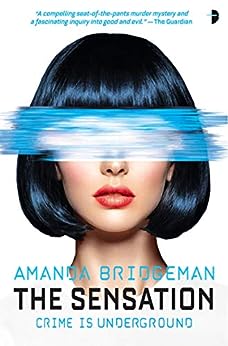 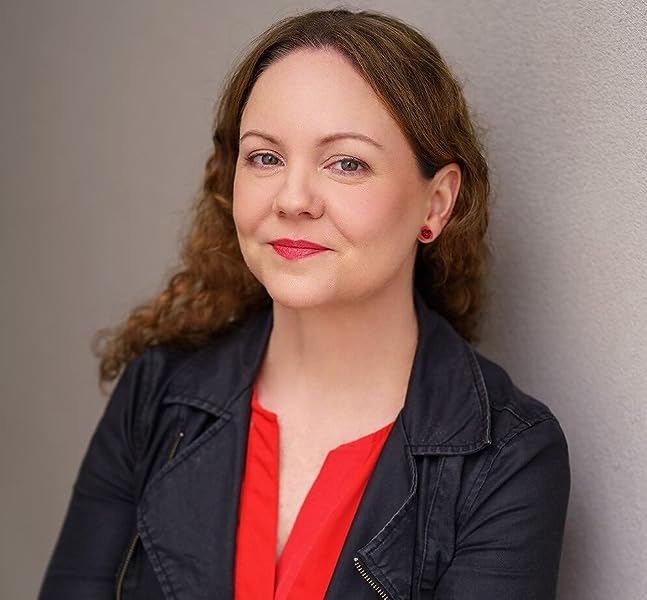 by Amanda Bridgeman (Author) Format: Kindle Edition
Book 2 of 2: Salvation
See all formats and editions
Sorry, there was a problem loading this page. Try again.
Last time she investigated the saints of the Solme Complex. This time it's the sinners of the Sensation... Presenting the second Salvi Brentt novel from award-winning author, Amanda Bridgeman.

A series of brutal murders has the homicide division of San Francisco's Hub 9 working overtime. But as the bodies mount, they begin to question whether the attacks are random or somehow connected.

When one of their own falls victim, Detective Salvi Brentt and the Hub 9 homicide team join forces with the narcotics and cyber divisions to track down those responsible. They soon discover a volatile new drug-tech experience, involving black market neural implants, has hit the streets, causing the epidemic of violence and missing persons.

With the clock ticking and the bodies piling up, Salvi must go deep undercover in the seedy Sensation club scene to find out who is behind it. But in the secretive playgrounds of the rich and powerful, some will stop at nothing to protect their empire...

File Under: Science Fiction [ Electrical High | Rich vs All | Deathly Addiction | If You Go Down to the Woods… ]
Read more
Previous page
Next page

"The Subjugate is a compelling seat-of-the-pants murder mystery and a fascinating inquiry into good and evil and the possibility of redemption."
- The Guardian

If you yearn for the coke and club scene of the 80s, with a side order of crack cocaine and a bit of post futurism, you'll love The Sensation.
- Amazing Stories

"Part traditional police procedural, part exploration of redemption and the possibility of change, The Subjugate cleverly and apparently effortlessly builds a future world that is both engaging and utterly terrifying."
- Kaaron Warren, award-winning author of The Grief Hole and Tide of Stone

"An old school whodunit set in a frighteningly near future."
- Luke Preston, screenwriter and author of Out of Exile

This new book combines convincing near-future forecasting with great characters and a police-procedural murder mystery with some neat twists and turns to achieve full page-turner status--all without sacrificing intelligence for thrills.
- Locus

"Extraordinarily well-written and tense as hell towards the end, The Subjugate is a novel that will stay with me for some time. Reminiscent of films as diverse as Blade Runner and Witness, Amanda Bridgeman's murder mystery had me guessing right up until the end." 4.5 / 5
- Pop Culture Bandit

"Great book with a very interesting idea about how criminals could be 'saved' and integrated back into society. Really enjoyed reading about the criminal side of things and would love for a book to be made about the running of the Solme Complex."
- Lozzi's Book Reviews

"The Subjugate was an enjoyable read that blends a number of different genres really well; it's perfect for fans of science fiction, dystopian, fantasy, or crime thrillers."
- Read and Review

"I loved reading this, and I think you should check it out if you get the chance. If you love detective novels and serial killers set in the future, you're going to love this one."
- Radioactive Book Reviews

"Bridgeman's writing style sucked me in and didn't let me go until the final page. There's brilliant pacing here, with so many possible suspects and motives that the reader becomes a detective. The conversations were thought-provoking, the conflicts were riveting, and overall, it was eminently entertaining."
- Reviews and Robots

AMANDA BRIDGEMAN is a Tin Duck Award winner, an Aurealis and Ditmar Awards finalist, and the author of several science fiction novels, including the bestselling space opera/military SF Aurora series, alien contact drama The Time of the Stripes, and sci-fi crime thriller The Subjugate. --This text refers to an alternate kindle_edition edition.

Last time she investigated the saints of the Solme Complex. This time it's the sinners of the Sensation... Presenting the second Salvi Brentt novel from award-winning author, Amanda Bridgeman. --This text refers to an alternate kindle_edition edition.
Read more

Amanda is an award-winning versatile writer who enjoys working across different genres and creative formats, be it novels, screenplays or short stories, and loves creating both original work and tie-in work for other IPs.

Born in the seaside/country town of Geraldton (Western Australia), she moved to Perth (Western Australia) to study Film & Television/Creative Writing at Murdoch University, earning her a BA in Communication Studies. Perth has been her home ever since, aside from a nineteen-month stint in London (England) where she dabbled in Film & TV ‘Extra’ work.

Amanda is a two-time Tin Duck Award winner, an Aurealis and Ditmar Award finalist, and author of several novels. Her works include the best-selling military SF/space opera Aurora series (previously published by Momentum Books/Pan Macmillan Australia), alien contact drama The Time Of The Stripes, and sci-fi noir Salvation series, consisting of The Subjugate and The Sensation (published by Angry Robot Books, UK).

The Subjugate is being developed for TV by Anonymous Content (True Detective, Mr Robot, The Alienist) and Aquarius Films (Lion, Berlin Syndrome, Dirt Music). It is also currently being studied at two German universities (Düsseldorf and Cologne) as part of a program on Australian speculative fiction, in conjunction with the Centre for Australian Studies.

Her X-Men short story, Eye Of The Storm, part of the Marvel: School of X anthology, was released worldwide through Aconyte Books (UK).

Her new novel, Sound of Light, set in the Marvel X-Men universe and featuring the mutant Dazzler, will be released through Aconyte Books (UK) November 2022.

Melissa ThomasHall
5.0 out of 5 stars Fantastic fast paced futuristic read
Reviewed in Australia on 3 November 2020
Verified Purchase
A great, face paced follow up to The Subjugate. Love that included a lot of the original characters but the story went in a totally different direction. Really felt immersed in this possible future reality and was kept on my toes.
Read more
Helpful
Report abuse

Carol Gray
5.0 out of 5 stars Hooks you in and keeps you there until the end
Reviewed in Australia on 1 November 2020
Verified Purchase
A fast moving 2nd story in the Salvi Brentt series. I enjoyed this as much if not more than than the first, The Subjugate. Most likely because the character development is excellent. As with a lot in life the middle ground is where our ideas and actions are balanced and the outer edges where extremes thrive. This series explores all levels of these ideas about advancing technology. At what point is control and free will withheld or let slip away?
I loved this book and look forward to the next.
Read more
Helpful
Report abuse
See all reviews
Report an issue
Does this item contain inappropriate content?
Report
Do you believe that this item violates a copyright?
Report
Does this item contain quality or formatting issues?
Report