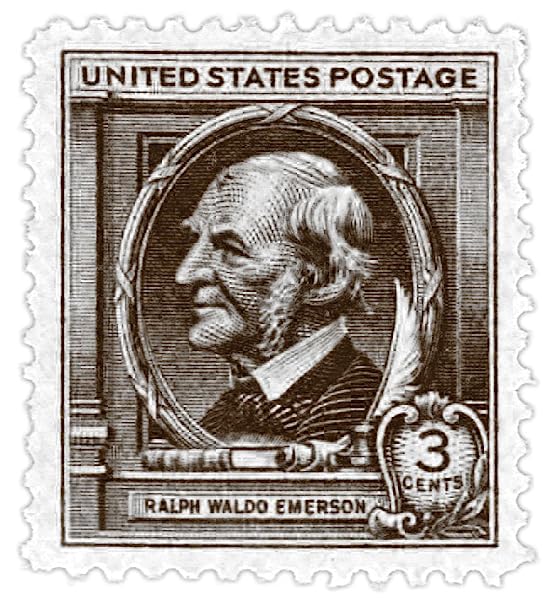 Page 1 of 1 Start overPage 1 of 1
Previous page
Next page
Start reading Selected Writings of Ralph Waldo Emerson (Modern Library) on your Kindle in under a minute.

Ralph Waldo Emerson (1803­-1882) was a renowned lecturer and writer, whose ideas on philosophy, religion, and literature influenced many writers, including Henry David Thoreau and Walt Whitman. After an undergraduate career at Harvard, he studied at Harvard Divinity School and became an ordained minister, continuing a long line of ministers in his family. He traveled widely and lectured, and became well known for his publications Essays and Nature.

Ralph Waldo Emerson, the son of a Unitarian minister and a chaplain during the American Revolution, was born in 1803 in Boston. He attended the Boston Latin School, and in 1817 entered Harvard, graduating in 1820. Emerson supported himself as a schoolteacher from 1821-26. In 1826 he was 'approbated to preach,' and in 1829 became pastor of the Scond Church (Unitarian) in Boston. That same year he married Ellen Louise Tucker, who was to die of tuberculosis only seventeen months later.

In 1832 Emerson resigned his pastorate and traveled to Eurpe, where he met Coleridge, Wordsworth, and Carlyle. He settled in Concord, Massachusetts, in 1834, where he began a new career as a public lecturer, and married Lydia Jackson a year later. A group that gathered around Emerson in Concord came to be known as 'the Concord school,' and included Bronson Alcott, Henry David Thoreau, Nathaniel Hawthorne

Amazon Customer
5.0 out of 5 stars Five Stars
Reviewed in the United States on 30 March 2017
Verified Purchase
The essay "Self Reliance" has been in my heart for decades. You cannot go wrong with RWE.
Read more
2 people found this helpful
Report abuse

Maria
5.0 out of 5 stars Reading Waldo is work-and worth the effort
Reviewed in the United States on 4 July 2011
Verified Purchase
Emerson doesn't write like we think today, but his thoughts are tremendous guidelines for the modern man and woman. This book is especially good ecause his journals contain much shorter, pithier entries, written in the language of his longer essays. The journal entries, then, can attune us to his mind and expression, and unlock great thoughts like THE OVERSOUL and SELF RELIANCE. Take the trouble to distill his rich, complex sentences. It is SO worth it. Emerson, the "essayist," did for his time what the columnists of newspapers and talking heads of TV attempt for our time. But they are not fit to carry Waldo's shoes.
Read more
3 people found this helpful
Report abuse

SRod
5.0 out of 5 stars Pretty swell looking
Reviewed in the United States on 26 January 2021
Verified Purchase
Great condition with minor notes from previous owner. I'll try to remember and post pictures
Read more
Report abuse
See all reviews
Back to top
Get to Know Us
Make Money with Us
Let Us Help You
And don't forget:
© 1996-2021, Amazon.com, Inc. or its affiliates