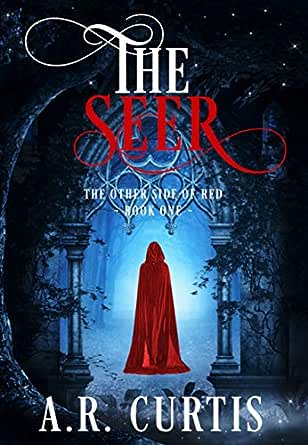 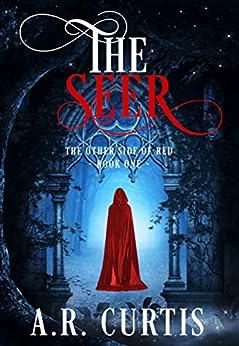 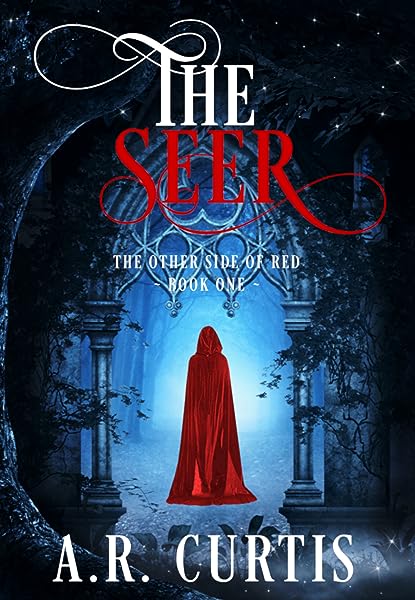 The Other Side of Red: The Seer Kindle Edition

Her magic was his obsession. Her loyalty was his requirement. And her betrayal became his unraveling…

Condemned by day to the dark side of red, a lonely, magically talented, and horribly breathtaking vampire spends his nights slipping over the veil. There, he revels in terrorizing young adults to their deaths. But for one girl, who’s melted his heart: Emily Hunts.

Secretly, in the darkness of the night, he trains her in forbidden sorcery, developing her into who she must one day become. He loves her - in a way no creature of the night can love another. She’s never even seen his face, yet he can’t imagine the world without her. So, when it suddenly threatens to take her from him, when he learns of her betrayal, his mask is unveiled, and he must take her to the other side of red…


The epic adventure is just beginning... Look for book 2, The Angel

"One of the best must read fantasy books of the year, this paranormal urban fantasy had me up until three in the morning..." -Tony Robertson, Editor, Ellmaxx Publishing

"Curtis uses the concept of the Red, a veil between the physical and spiritual planes, to bring a tense, almost frightening atmosphere to The Seer.... It is magnificent." -Caitlin Lyle Farley, Readers Favorite

See what readers and editors are saying...

“…an epic magical adventure into darkness…plot-wise, it reminded me of The Phantom of the Opera…A.R. Curtis crafts a lush narrative that weaves in a strong and convincing lore of magical powers, as well as a mythology of darkness and ‘the other side’ that was very exciting to read about. ” -K.C. Finn, Readers Favorite

"The Seer is a very magical and interesting trip through a wonderful world of fantasy that intertwines all the mystical and mythological beings such as fairies, vampires, witches, wizards and demons...Curtis has taken the ideas hiding in legend, myth and fantasy and laced them together in a story line that continuously unfolds to something new. From fairies to mermaids and talking trees." -Amy Raines, Readers Favorite

“I’m really excited about the whole thing…it strongly reminds me of Phantom of the Opera… The magical world is fascinating and interesting, the Red Veil is a good twist and works really well both as a device and as a source of wonder and tension, and the characters are all wonderful players. [There are] so many mysteries in this story that one wouldn’t even begin to know where to start untangling them…as a whole, it’s a good start to the series…a really evocative piece of fiction.” – P. Bunke, Editor

“Wow what an amazing read!! Love the way the author pulled me into the story. Definitely worth the time to read!!!” -Melinda Lois

“Loved this book so much. I couldn’t put it down. I would recommend it to anyone who loves a great read.” -Amy Dalton

“I loved this book! … all the way to the end, riveted my attention. I didn’t want to put the book down.” -J. Russell

“Loved it…could not put it down.” – Dianne Lawson, Author and Editor

sherri jones-teachout
4.0 out of 5 stars Who and what is Emily?
Reviewed in the United States on 14 September 2019
Verified Purchase
This was a very hard book to read and understand at times. And sometimes the way the book was written it was as if a narrator was taking. Other times the book read as a normal book. I wish someone had proof read this better. A vampire named Raoul brings Emily as a baby to Alice Hunt to be raised as her own child. All Alice knows is that Emily is part witch and something else. She is told that the child is hunted but not by whom, and upon Emily's 18th birthday she will be in danger. When Emily is a child she is visited by a being named Lucien who teaches her. As Emily grows older she wants to know who her parents were but no one will tell her. At 18, she finally learns who her mother was, but her "Uncle Raoul", and her "angel" Lucien, and her friend Gabriel are not who she thinks they are. Are they all out to hurt her, or protect her? Who can she trust? And who is seeking her?
Read more
Helpful
Sending feedback...
Thank you for your feedback.
Sorry, we failed to record your vote. Please try again
Report abuse

Sherry Westendorf
5.0 out of 5 stars Great read
Reviewed in the United States on 22 November 2018
Verified Purchase
Excellent read. The story and the characters mesh will and it keeps your attention. I recommend it.
Read more
3 people found this helpful
Helpful
Sending feedback...
Thank you for your feedback.
Sorry, we failed to record your vote. Please try again
Report abuse

Debra Coleman
4.0 out of 5 stars Kept my interest
Reviewed in the United States on 17 September 2019
Verified Purchase
THE SEER is a fascinating adventure. Defiantly a need to read for all ages who believe are just enjoy taking a twisting, gripping, knowledge seeking , wonderous tale. Looking forward to reading the rest of the series Thank You for Copy.
Read more
Helpful
Sending feedback...
Thank you for your feedback.
Sorry, we failed to record your vote. Please try again
Report abuse

I received a copy of this book as a gift. I am leaving my honest review.

victoria
3.0 out of 5 stars Ok
Reviewed in the United States on 18 November 2019
Verified Purchase
I had a hard time following this book. I finally skipped through to the end and still no answers. I may try to read again some other time but I just couldn’t get into this one
Read more
Helpful
Sending feedback...
Thank you for your feedback.
Sorry, we failed to record your vote. Please try again
Report abuse
Load more international reviews

Faybee
4.0 out of 5 stars Great Read
Reviewed in the United States on 14 August 2019
Verified Purchase
The characters and the story line were easy to follow. I look forward to other mysteries that the Seer has for us. Keep them coming. Thanks
Read more
Helpful
Sending feedback...
Thank you for your feedback.
Sorry, we failed to record your vote. Please try again
Report abuse

Shoegal
5.0 out of 5 stars Great reading
Reviewed in the United States on 15 March 2020
Verified Purchase
Well written and wonderfully imagined. This is a book that I will read again and again.
Read more
Helpful
Sending feedback...
Thank you for your feedback.
Sorry, we failed to record your vote. Please try again
Report abuse