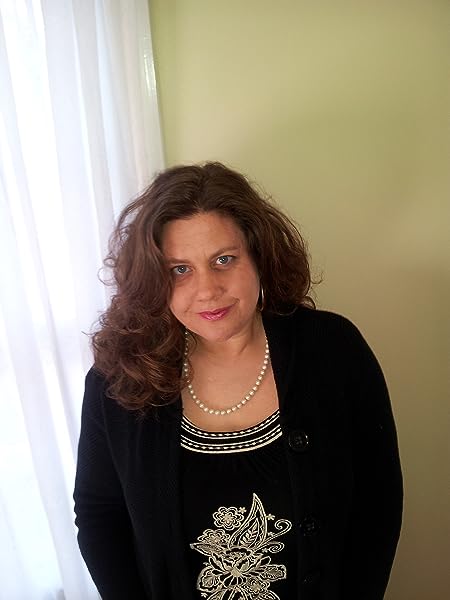 by Wendy Tyson (Author)
4.5 out of 5 stars 43 ratings
See all formats and editions
Sorry, there was a problem loading this page. Try again.

Page 1 of 1 Start overPage 1 of 1
Previous page
Next page
Start reading Seeds of Revenge (A Greenhouse Mystery Book 3) on your Kindle in under a minute.

Seeds of Revenge is the third book in the Greenhouse Mystery series by Wendy Tyson. Set during the Christmas season in Winsome, Pennsylvania. Meghan is returning from Philly in the middle of a snowstorm. She had ventured to Philly with coolers of greens in hopes of selling them to restaurants so that she could keep her farm and organic café. It’s great to see the same main character and the same setting. Family is a key item in Wendy Tyson’s book and although there are evil doings in this book, I found the plot development was attention grabbing. A little romance too helps to tie in the love of Christmas too. There are three books so far in this series and having read all three, I would say they each could be treated as a stand-alone book. It will be interesting to see what avenue will be followed in book four.
Read more
5 people found this helpful
Report abuse

Patty Hankins
5.0 out of 5 stars Couldn't put it down! Finished it the day it was released
Reviewed in the United States on 15 November 2017
Verified Purchase
Fantastic third volume in the Greenhouse Mystery series. I really enjoyed Seeds of Revenge. Not only did the main plot hold my interest, but the continued growth of relationships established in previous books in the series was a total delight. I'd ordered the book as a pre-order - I started it the morning it arrived - and finished it that evening. I couldn't put it down - I had to know who the killer was and what their motive was for the murders. I always enjoy Wendy Tyson's books, and Seeds of Revenge is another wonderful book from one of my favorite authors.
Read more
5 people found this helpful
Report abuse

Kindle Customer
5.0 out of 5 stars Good mystery, good characterization
Reviewed in the United States on 28 September 2018
Verified Purchase
This is the first book I've read by this author, and I was pleasantly surprised at how good it was. The characters were well fleshed out, and the plot kept one guessing throughout the whole book. The book also had a deep, meaningful thread running all through it. This was a good book and I will be looking at others by Ms. Tyson.
Read more
2 people found this helpful
Report abuse

Sandra Hutchison
4.0 out of 5 stars Another entry in a fun series
Reviewed in the United States on 21 February 2018
Verified Purchase
These are well-written cozy mysteries set in a fictional little town I really enjoy. This particular entry felt a little rushed to me, but that literally could have been me rushing, rather than the book. I'm not clear whether there will be another one in this series, but I hope so. I'll be sure to check it out if there is.
Read more
3 people found this helpful
Report abuse
See all reviews
Back to top
Get to Know Us
Make Money with Us
Let Us Help You
And don't forget:
© 1996-2021, Amazon.com, Inc. or its affiliates