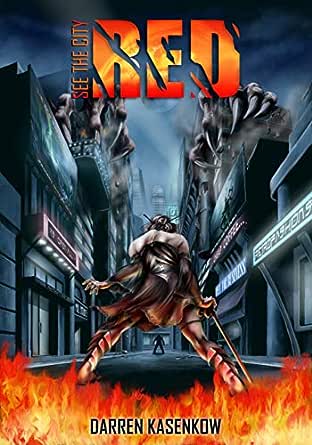 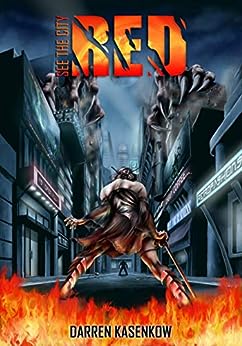 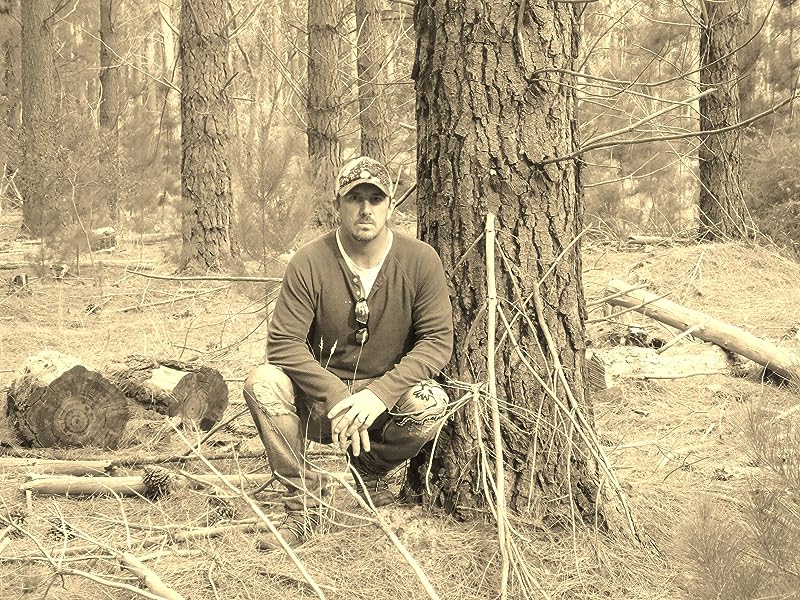 When the Antichrist comes to town, bad things can happen.

In a bustling metropolis verging on the edge of chaos, all Peter Gold wants is the chance for a simple life with his wife and young daughter in the safety of their apartment. When two strangers appear at the door one evening however, his world is thrown into turmoil when a sudden act of sickening violence destroys everything he has ever loved.

Hunted by the police and desperate to find out why his life was destroyed, his quest takes him into the dark heart of the city streets where pieces of the blood soaked puzzle begin to lead him to a confrontation beyond anything he could have imagined, and will leave him no choice but to discover the price he's willing to pay for justice.

Drawn into this labyrinth is Special Agent Anna Sloan, whose role in front line government sanctioned religion control is about to become even more dangerous when it’s announced the city will be hosting a special visit from the First Lady of Mars. She’s already had a gutful of the crime and terror, is sick of watching society tear itself apart, but even with all her training and experience nothing will prepare her for the devastation that will come when the city turns red.

Will Peter’s hunt for vengeance bring the answers he’s looking for?

Can Anna survive what could be the darkest days of her life?

And what secrets does the First Lady of Mars hold for the people of Earth?

See The City Red is a no holds barred dystopian horror thriller that is as relentless as it is thought provoking. It is the third feature release from author Darren Kasenkow.

Veronica Strachan
5.0 out of 5 stars Compelling and well written
3 March 2018
Format: Kindle EditionVerified Purchase
This book draws you in as a classy thriller, the language smooth and with characters you want to know better. Its underlying premise consistently challenges and you find yourself at times reluctantly seeing both sides. Then it takes a sci-fi twist, throws in a well written dose of disturbing horror and ramps up the action.
Can't wait for the next one.

Amazon Customer
5.0 out of 5 stars Awesome read, can't put it down!
3 February 2017
Format: Kindle EditionVerified Purchase
A+ once I read the first couple of chapters I just couldn't put it down, I just wanted to know what happened next at the end of each chapter! Full of suspense and the way it is written just drew me in and I felt like I just knew the characters. Loved it!!
Read more
One person found this helpful
Helpful
Comment Report abuse
See all 2 customer reviews
Write a customer review

Tom Ryan
1.0 out of 5 stars Pre-teens might like it.
19 June 2019 - Published on Amazon.com
Format: Kindle EditionVerified Purchase
Unbelievable premise. Shallow characters. Too many F-bombs. Gave up on it at 50% on my Kindle.
Read more

Amazon Customer
5.0 out of 5 stars *MIND BLOWN*
18 November 2016 - Published on Amazon.com
Format: Kindle EditionVerified Purchase
Original story, great characters - plenty of late nights reading - just couldn't put it down! Haven't read a book in ages but was drawn to the cover and blurb. It's restored my lost passion for reading and im stoked to see this author has two more books. If they're anything like this one, I'm in for another mind bending ride. Do yourself a favour - get it!!
Read more

Nettie whitaker
5.0 out of 5 stars Interesting
12 July 2019 - Published on Amazon.com
Format: Kindle EditionVerified Purchase
It was interesting. Gives you some different ways to think about things.
Read more

Veronica Strachan
5.0 out of 5 stars Compelling
4 March 2018 - Published on Amazon.com
Format: Kindle Edition
This book draws you in as a classy thriller, the language smooth and with characters you want to know better. Its underlying tangled premise tangling consistently challenges and you find yourself at times reluctantly seeing both sides. Then it takes a sci-fi twist, throws in a well written dose of disturbing horror and ramps up the action.
Can't wait for the next one.

Amazon Customer
5.0 out of 5 stars Brilliant!!!!
8 January 2017 - Published on Amazon.com
Format: Kindle Edition
Loved this latest novel from Darren Kasenkow. The author has a very descriptive and intriguing ability to describe violence which sets a scene, but does not make me uncomfortable in what occurs. It follows the story of Peter Gold who has become a victim in a vendetta style justice system that is heavily reliant on a faulty sophisticated surveillance. Darren Kasenkow mixes science fiction into a suspenseful narrative, that taps into the spirit of Ayn Rand in an Orwellian setting, as to what happens to innocent people who are forced to become criminals and have nowhere to hide.
Read more
Go to Amazon.com to see all 6 reviews 4.0 out of 5 stars
Get FREE delivery with Amazon Prime
Prime members enjoy FREE Delivery and exclusive access to movies, TV shows, music, Kindle e-books, Twitch Prime, and more.
> Get Started
Back to top
Get to Know Us
Make Money with Us
Let Us Help You
And don't forget:
© 1996-2020, Amazon.com, Inc. or its affiliates