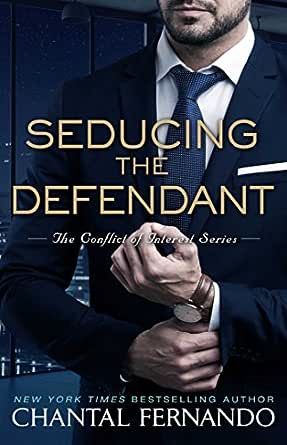 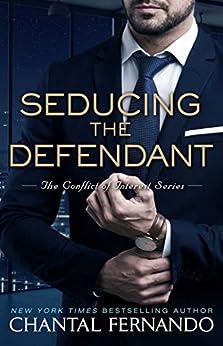 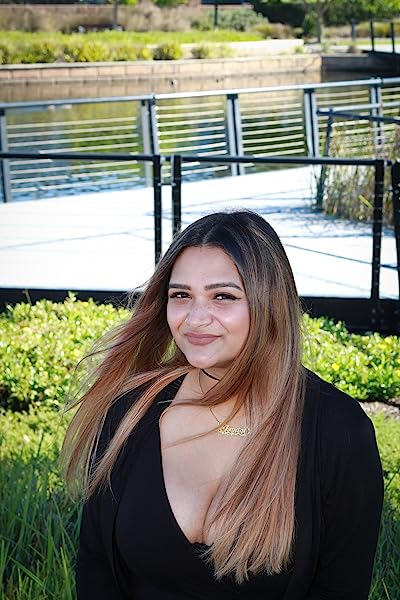 "A slow burn that left me wanting more!" (--Fresh Fiction) --This text refers to an alternate kindle_edition edition.

Chantal Fernando is the New York Times bestselling author of the Wind Dragons Motorcycle Club series, the Cursed Raven Motorcycle Club series, and the Maybe series, along with several other novels. She lives in Western Australia, where she is working on her next book. Find her online at AuthorChantalFernando.com, and on Twitter and Facebook. --This text refers to an alternate kindle_edition edition.


A BODY HAS BEEN FOUND, dumped in the river waterfront, said police. Dental records show that it’s the body of Officer Darren Melvin who has been missing for the last two years.

I lift my head from my book and watch as the camera zooms in on the river where the man’s body was found. I’ve been following this case ever since Officer Melvin went missing about two years ago, and now that they’ve found his body, the case can finally be classified as a homicide. I listen as the news reporter explains how Melvin had been shot in the head and how his body would’ve never been found if the city hadn’t decided to gentrify the waterfront park, something that has been a hot topic of late.

I think I’ve been so interested in this one because my best friend is a cop and he’s always given these crazy, dangerous assignments—Melvin’s death could have just as easily been his. My friend and I have worked on a few things together before, but it feels like a long-ass time since I’ve seen or even thought about him. I’ve taken some time off work, but I don’t think it’s what I need. I should be burying myself in work, taking case after case, not leaving any time for my mind to wander.

I glance at the marble-framed photograph on my bookshelf, studying the dark-haired beauty with green eyes. I’d give anything to see those green eyes again.

My attention is brought back to the TV screen. Yeah, an idle mind is the last thing I need.

I need to keep busy, distracted.

Melvin’s wife, heiress to Reyes Industries, Scarlett Reyes, has been charged with his murder, and was taken into custody after police found the same type of gun that killed Officer Melvin in her home. . . .

My phone rings, and I’m not surprised.

I’m one of the most sought-after criminal lawyers in town. I’m not bragging; it’s just a fact. So when my partner, Tristan, tells me that Scarlett Reyes has requested a meeting with me, it’s not a shock.

“Are you going to take it?” he asks, and I can just picture him in his office, leaning back in his chair, eyes gleaming at the prospect of this controversial case. Our firm is known for taking on high-profile cases, we usually don’t turn down opportunities like this. “I know you’re meant to be taking a break, but I thought since she requested you . . .”

“I want to speak with her first,” I tell him. “And consider me officially off my break.”

“I know, Tristan, but sitting here isn’t helping. I need to keep busy,” I admit.

He takes a deep breath, then continues. “This case is going to be huge, Jaxon. It’s going to be all over the media, and it might get messy. But if you win this . . . fuck.”

If I win this case, my reputation as a criminal attorney will rise even higher. I’ll be sought after—more than I already am—and I’ll be paid whatever I want by those willing to do, and pay, whatever they need to escape prison time. But do I want this case? Normally I wouldn’t have a problem defending someone whether they were guilty or not. But this case is different. Do I want to defend a woman who has potentially killed a cop, one of my best friend’s brothers? I won’t be able to decide until I meet her and see what she has to say for herself. I want to hear her side of the story. I’ll be able to get a good read on her if I’m there in person. And if she admits that she did kill her husband . . . I don’t know what I’ll do.

I know that shouldn’t be the basis on which I accept a case, but damn, I like to be kept on my toes. I like to push myself, test myself. I like seeing how far I can bend the law in my client’s favor.

“You do enjoy a good challenge,” Tristan murmurs, amusement lacing his tone. “I’ll handle the bail hearing. It’ll give you time to look at the case and see if you’re ready. I guess I’ll be seeing you soon then.”

“I guess you will,” I say, and then tell him good-bye.

I look back at the photo, my chest suddenly getting tight. I don’t have it in me to put the photo away or cover it, but every time I look at it, it hurts.

I absently rub my chest and stand, then head into my bathroom to have a quick shower, knowing I have to go to the office to do some reading. Once I’m ready, I glance around, looking for my keys. I keep my gaze down, making sure not to look in the direction of the photo. I find them next to my wallet on the kitchen counter, grab both of them and head outside to my car.

I don’t need any more time off.

I have a prospective client to meet. --This text refers to an alternate kindle_edition edition.
Read more

Amazon Customer
5.0 out of 5 stars Loved it
Reviewed in Australia on 19 November 2017
Verified Purchase
It's a great read, loved how the MC story connected with this story. Always love reading anything connected to the Wind Dragons. Jaxon and Scarlett were great together. Overall fantastic story. Thank you
Read more
Helpful
Comment Report abuse

OMG I balled in this one. There was so much to feel, so much to love. I could not put this down from the minute I started to the end.

Jaxon is strong and sexy and intelligent and Scarlett is slightly damaged yet grows so much over the course of the story I loved watching her strength grow.

The attraction is both believable and super fueled. I absolutely loved their connection.

The sexy scenes are off the chart with the spicy deliciousness chemistry between Jaxon and Scarlett.

Did anyone else squeal when they read Faye's name yeah well I did!!!
I love love loved that the Wind Dragons cameoed, they didn't take over the story though they blended well with all characters having an important purpose.

The action packed scenes just blow me away I'm there I'm the moment and BAM!!!! Heart ripped out and the tears just falling.

All up an incredible addition to the Conflict of Interest series and I cannot wait to continue on with the rest of the oh so lovable characters. Its Chaos and Love and Heartache and Brilliant writing all rolled into one.

We met Jaxon Bentley in the first book in the series, Breaching the Contract, but now we have him in all his heartbreaking, beautiful goodness.

And when he meets alleged murdered Scarlett, well things take a turn for the better in his life.

Whooo, the sexual tension between them if off the charts, and you can just feel the push/pull between them. Even though they are lawyer and client, you just need them to get together.

I won't lie though, I did have trouble connecting with Scarlett. I just didn't really get over the coldness of her character that we met at the beginning of the story. But that could just be me.

There are not enough words to explain my excitement when the Wind Dragons MC entered the story. I have missed them since their story ended, and it was great to get a few little glimpses into the club.

I really enjoyed Seducing The Defendant. I read it in one night, and now am impatient for what Ms Fernando brings us next.

Bingeworthy Book Blog
TOP 1000 REVIEWER
5.0 out of 5 stars Just like reading a Wind Dragons book! This book gut punched me!
Reviewed in Australia on 19 November 2017
Fans of Chantal Fernando's Wind Dragons MC series with love Seducing the Defendant the second book in Chantal's Conflict of Interest series.
This book is everything that I have come to love and expect from Chantal's work: captivating from beginning to end, extremely well written and fast paced so that the pages fly by and you lose track of time, compelling characters that I can easily identify and emotionally connect with and a great plot full of romance, mystery and suspense with a light touch of angst and Wind Dragons.
That's right!
The Wind Dragons MC make an appearance in this book and to be perfectly honest whilst I was reading I felt as though I could as easily have been reading a book set in the Wind Dragons MC series.
Seducing the Defendant introduces readers to criminal defense lawyer Jaxon Bentley of Bentley and Channing Law Firm and Scarlett Reyes.
The two first meet when Scarlett hires Jaxon to represent and defend her from the crime that she's been accused of committing.
The two are drawn to one another from their very first meeting but are hesitant to admit their attraction and growing connection. When the pair finally do come together it's both beautiful, sweet and sinfully sexy.
Jaxon Bentley is every bit as much of an alpha as the men of the Wind Dragons MC and Scarlett Reyes is beautful, kind and accepting.
I highly recommend this book, even with the unexpected gut punch it delivered that had me ugly crying into my pillow.

An arc of this book was generously provided to me by Gallery, Threshold Pocket Books via Netgalley in exchange for a fair and honest review.

Bette Hansen
5.0 out of 5 stars Excellent
Reviewed in the United States on 4 January 2018
Verified Purchase
I really loved this one. Jaxson and Scarlett's story is fun, flirty, and sexy with a bit of legalese thrown in. It's very well written and the whole cast of characters are great. There should be lots of great stories ahead. I definitely recommend this one.
Read more
Report abuse
See all reviews
Get FREE delivery with Amazon Prime
Prime members enjoy FREE Delivery and exclusive access to movies, TV shows, music, Kindle e-books, Twitch Prime, and more.
> Get Started
Back to top
Get to Know Us
Make Money with Us
Let Us Help You
And don't forget:
© 1996-2020, Amazon.com, Inc. or its affiliates