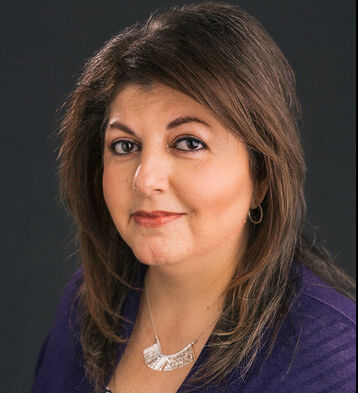 Page 1 of 1 Start overPage 1 of 1
Previous page
Next page
Start reading Seducing Charlotte (Accidental Peers Book 1) on your Kindle in under a minute.

4.1 out of 5 stars
4.1 out of 5
58 global ratings
How are ratings calculated?
To calculate the overall star rating and percentage breakdown by star, we don’t use a simple average. Instead, our system considers things like how recent a review is and if the reviewer bought the item on Amazon. It also analyses reviews to verify trustworthiness.

Elaine
5.0 out of 5 stars Loved it!
Reviewed in the United Kingdom on 1 June 2020
Verified Purchase
Thoroughly enjoyed reading this story. I will definitely be buying more from this author.

Penny Black
5.0 out of 5 stars It doesn't get much better than this
Reviewed in the United States on 24 April 2014
Verified Purchase
There's truth in advertising, or rather, in the quoted review on the cover, when it comes to this novel - a rare find in the plethora of Regency-era romance novels, written recently - as it is remarkably well-researched, well-plotted, and well-written. There's enough sexual tension between the leads to keep Times Square lit for a few years, and the story is packed with action.

In a nice change of pace from a run of the mill romance, Seduction of Charlotte was as much a seduction of the heroine's body as it was her mind. It was one of the things I enjoyed most, as love between the hero and heroine grew not from physical attraction, even though indisputably it was a factor, but from heated discussions about issues of great personal importance to both. In setting out to convince her to marry him, the hero had to correct her misconceptions about his "trade" and remove an obstacle, which could have damaged his political standing and compromised their future happiness.

This review would be incomplete, if I didn't mention the opening scene. It certainly got my attention. It doesn't hurt that there's more character development packed into the first chapter than many books have in the entire story. Chronologically this is the second book in the series, but it works well enough as a stand alone.
Read more
18 people found this helpful
Report abuse

Edwina "I Love books"
4.0 out of 5 stars ENJOYABLE!!
Reviewed in the United States on 5 October 2019
Verified Purchase
Don't let the Blurp stop you from reading this story. There is not a lot of sex in the story. Its pretty clam actually.

Willimena Duchess of Hartwell ask her cousin Camryn a Marquess to dance with her best friend Charlotte Livingston. She is a social activist. She is tall and a bit lanky. Not the full curvy women Cam likes. She is also, a bluestocking working to stop the Industrailization of Mills in England.

I didn't like Charlotte at first it took me quite a while to like her. I thought Camryn fell in love with her to easy. Considering she was against everything he was working to accomplish. But once you find out Charlottes reason for her beliefs you begin to understand her. When she is proven wrong she changes. I really like the way she protected Cam. She stopped the action when he was being set up by a social climbing Miss Mary. Mary was going to compromise herself to become Cam's Marchioness. Charlotte protected her man!! Love it.

I enjoyed the book once it came together. There are some things in the storyline that didn't quite make sense to me, but I will let other readers make up there own minds.
Read more
Report abuse
See all reviews
Get FREE delivery with Amazon Prime
Prime members enjoy FREE Delivery and exclusive access to movies, TV shows, music, Kindle e-books, Twitch Prime, and more.
> Get Started
Back to top
Get to Know Us
Make Money with Us
Let Us Help You
And don't forget:
© 1996-2020, Amazon.com, Inc. or its affiliates