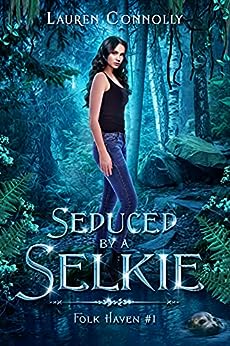 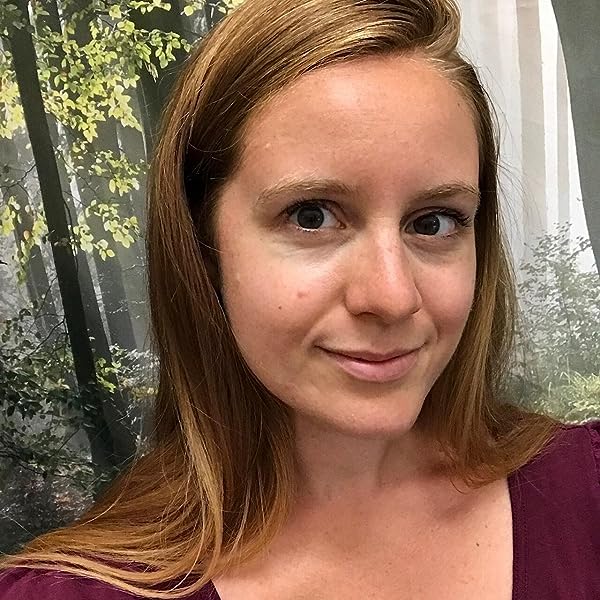 by Lauren Connolly (Author) Format: Kindle Edition
See all formats and editions
Sorry, there was a problem loading this page. Try again.
She's leaving. He wants her. Seduction is the selkie's only hope.

Delta Novac hates her house on Lake Galen. The old place in the small town of Folk Haven is a reminder of her father’s mental decline in the last few years of his life. She’s just come to town to clear the thing out and get it ready to sell. Delta never even planned to dip a toe in the water until a prone body floating has her diving in to save the swimmer.

A selkie will know their mate when they are rescued.

Calder MacNamara wasn’t in need of saving, but he certainly appreciates the effort. Especially when the hands on his bare skin warm him to his core. The moment he meets the woman’s piercing stare, his gut tells him she’s his fated mate. But he soon finds that if Delta feels anything toward him, it’s annoyance. Accidentally insulting her dog doesn’t help his case.

With Delta’s focus on the road out of town, Calder scrambles to discover what, if anything, could make her stay. He’s willing to use all means of pleasure at his disposal to convince his mate that Folk Haven is the perfect place to call home. Especially if you’re a mythical creature.

Discover the magical town of Folk Haven, where many of the townsfolk know their neighbors are creatures of legend. This 40k word story is book 1 in the series, a standalone story fans of Molly Harper, Kresley Cole, and Gena Showalter will enjoy.

Lauren Connolly is a Colorado Book Awards Finalist and an author of contemporary and paranormal romance stories. She’s lived among mountains, next to lakes, and in imaginary worlds. Lauren can never seem to stay in one place for too long, but trust that wherever she’s residing there is a dog who thinks he’s a troll, twin cats hiding in the couch, and bookshelves bursting with the diverse stories written by the authors she loves.

4.2 out of 5 stars
4.2 out of 5
49 global ratings
How are ratings calculated?
To calculate the overall star rating and percentage breakdown by star, we don’t use a simple average. Instead, our system considers things like how recent a review is and if the reviewer bought the item on Amazon. It also analyses reviews to verify trustworthiness.

Claire Turvey
5.0 out of 5 stars A heart warming, yet steamy, page-turner
Reviewed in Australia on 12 January 2022
I found Seduced by the Selkie to be an absolute page-turner. Whilst it is paranormal romance rather than contemporary romance, the feel of the writing and the story’s ambience reminded me of Nalini Singh’s Rock Kiss and Hard Play series. It was a delight to read. The book is like a warm and gentle hug, and it is so nice to read the story of a sweet and good guy.

Full disclosure: I was given an ARC of the book, however this review is my own honest opinion.

Lynall
TOP 500 REVIEWER
5.0 out of 5 stars I really enjoyed this story
Reviewed in Australia on 30 November 2021
I really enjoyed this fabulous story. I loved Calder’s character. He is sweet and cute, and I just loved his courtship. Delta’s character is brilliant, with a fabulous twist in the end of the story. This book really made me smile and I look forward to reading more from this author.
Read more
Helpful
Report abuse
See all reviews

Sheryl mcnaught
5.0 out of 5 stars Good story
Reviewed in the United Kingdom on 17 November 2021
Verified Purchase
Delta is home to.clear out her father's home .Calder MacNamara meets her and is drawn .A selkie knows when she meets her mate and Calder is her,s.A good quick read
Read more
Report abuse

Monika
2.0 out of 5 stars Boring
Reviewed in the United Kingdom on 20 November 2021
Verified Purchase
Just.. boring. Sorry.. there's just nothing else to say about it. probably just my taste. I kinda gavevuo around 10% mark.
Read more
Report abuse

BWH
4.0 out of 5 stars Unexpected romance
Reviewed in the United States on 21 November 2021
Verified Purchase
This is a story of unexpected love in the midst of grief and self doubt.
Delta is back home to settle the affairs of her dad who has recently died. She doesn’t want to be at this house, taking care of his things because of all the emotions it brings up. So, of course, while she’s procrastinating while sitting on the dock and sees a body float by, she’s convinced death surrounds her.
It’s shocking to be rescued when it’s not needed nor expected. That’s Calder’s initial thought when he’s leading a snorkeling trip and grabbed by an unknown woman! He can’t be too upset about it because the woman is not only beautiful but also his mate!
Delta and Calder have a different understanding of their “relationship”. Delta knows that she’s leaving town as soon as she clears out her dads house. However, Calder believes that they’re meant to be and she just needs to open her mind to the possibility of love.
There’s a lot going on in both of their lives, least of which is that they’re both mythic beings. I enjoyed reading how Calder tried to woo Delta. I felt for Delta as she tries to deal with the grief of losing her father, her last remaining parent, and the triggers that being home does to her.
It’s not all grief, though. The writing is witty and fun and Calder’s family is awesome. And let’s not forget the sex scenes. Just because it’s a shorter book does not mean it skimps!
Enjoy the book and immerse yourself in a town full of humans, selkies, sirens, dragons and more.
Read more
3 people found this helpful
Report abuse

Cheri
4.0 out of 5 stars 3.5 stars
Reviewed in the United States on 11 December 2021
Verified Purchase
The way I came about this book was a new one for me. I recently decided to join the TikTok community, although thus far I’m only a lurker. One of the first authors I started to follow was Lauren Connolly. I can’t remember why since I hadn’t read any of her books, I’m sure one of her videos ended upon my FYP. She did a good job because I was really interested in reading her new selkie shifter book. Bonus that I found out, from her again, that it was free! Of course, I had to get the book and check it out.

I cannot express how much I adore Calder. He is so sweet and innocent in so many ways. He’s not naïve to the ways of the world, but he has very specific ideas about love and mates and how romance works. His ideas are coming from such a good and pure place, I can’t fault him.

Delta has a lot of baggage and no idea of the nature of so many of the residents in her father’s town. When she moves there to clean out his house and close his estate, she just wants to get it done and get out. Too many bad memories, too many regrets, too much guilt. She can’t help the pull she feels toward Calder from the moment they meet, but it scares her to think he will have her holding onto things she would rather let go.

Both characters have a lot to learn about themselves, especially Delta. Once she has her eyes opened to the world around her, she slowly starts to open her inner eyes onto herself. I had a lot of issues with Delta, but she’s a strong and smart woman who is just going off the information that is available to her.

Overall, I really enjoyed this tale. There were some issues for me with the flow here and there, but for the most part it was a quick read. I’ll definitely be checking out more from this author. I really enjoyed Calder’s family and would love to read their stories that are all coming up in this series.

P.S. I have to mention that I really appreciate the author putting content warnings in the beginning of this book. Not only so I would know if any of the content would be a problem for me, but also to help me to know what to list myself. Often I know a book I am reviewing needs a content warning but I’m at a loss to how to categorize the triggers. Whether it’s because I just cannot think of the right words or I just flat out don’t know what a specific type of trauma is called, it doesn’t matter. The content needs a warning and I don’t want to let anyone down. Having the author already list them out really helps as both a reader and a reviewer.
Read more
Report abuse

Robin Smith
5.0 out of 5 stars A Heart Knows when it Feels Love that Could be Everlasting
Reviewed in the United States on 3 January 2022
Verified Purchase
Hating the small town she grew up in Delta is only in town to sell the place that only reminds her of her father's mental decline. She didn't plan on swimming but she saw someone floating in the water so she dives in only to discover what a selkie knows quickly, this is her mate.

Her mate didn't need to be saved but he definitely likes her manhandling him, his gut tells Calder that he will spend a lifetime with her. She needs some convincing because she is thoroughly annoyed with him and he unwittingly insults her dog too.

Now this is the beginning of a man in love who is determined to convince her both of his love and that as a mythical creature isn't the magical place of Folk Haven the perfect place to live.

This is a well thought out story with characters that give you those hours of reading a joyful time even knowing that there is more to come in the miracle town of Folk Haven. If you enjoy a story that tugs at your heartstrings and you laugh at what Calder does to convince Delta to stay.

I loved discovering this author and cannot wait for more of what she enfolds with this series. I first found this book on a site that lets you volunteer to read a complimentary copy and give my honest opinion of how I felt about this story and there was no compensation involved. I happily discovered that it was free on Amazon and I snapped that baby up because I didn't know how long it would be at this free price. Don't take my words at face value grab your own and see if you agree.
Read more
Report abuse
See all reviews
Back to top
Get to Know Us
Make Money with Us
Let Us Help You
And don't forget:
© 1996-2022, Amazon.com, Inc. or its affiliates