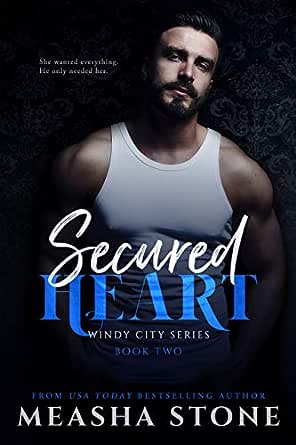 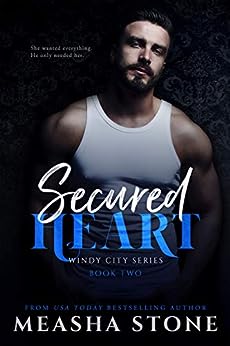 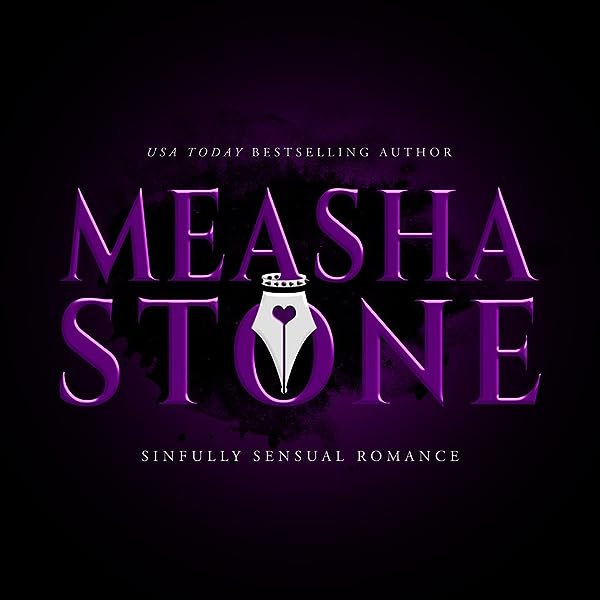 Kelly has been waiting for her knight in shining armor to ride in on his white horse and rescue her from her ordinary life. But he’s taking his sweet time. Taking matters into her own hands, she dives into a world she’s unprepared for. Kendrick has never seen a woman more impulsive than Kelly. She wants everything, and she wants it now. And damn if he doesn’t want to be the one to give it to her. But there’s more at play here than boy meets girl. Bad men linger in the shadows where fears are hidden and doubts hover. Can they pull together to secure a future or will the darkness tear them apart?

Cheffie
TOP 500 REVIEWER
5.0 out of 5 stars What the Heart Wants...
15 October 2019
Format: Kindle EditionVerified Purchase
This story has it all...suspense, thrills intrigue a little humour and a warm fuzzy feeling.
Ms Stone continues her Windy City series and has re-revised and changed it a little but is still a great read and a one that is hard to put down once it is started.
It also tells that no matter the who how what and whys it best to never lose the the one thing you always dream for...

Suzanne
TOP 500 REVIEWER
5.0 out of 5 stars Fascinating and Enjoyable Tale
30 October 2019
Format: Kindle Edition
I really enjoyed reading this fascinating and entertaining tale that shows the various interactions between Kelly and Kendrick as they explore their sexual adventures together. This is a well written and enjoyable story that is well worth getting to read and a great addition to the series. This is my honest opinion.
Read more
Helpful
Comment Report abuse

Amazon customer
4.0 out of 5 stars The felling of Ted
16 October 2019
Format: Kindle Edition
Kelly is looking for “happy ever after”with no success.She met Ted at a club,accepts a drink and wakes up with Kendrick after being drugged
Kendrick runs club security and has a history with Ted and wants to protect women from him
Kelly and Kendricks story is excellent,loved the interaction of characters
Read more
Helpful
Comment Report abuse
See all 3 customer reviews
Write a customer review

Sydney M Neblett
5.0 out of 5 stars Learning patience and your place
23 October 2019 - Published on Amazon.com
Format: Kindle EditionVerified Purchase
Another perfect story from the queen of dominance and alpha males. I really enjoyed this book, I liked the way the characters were so real and connected with their friends and each other. I wasn’t sure I was going to be on Kelly’s side, for an intelligent woman she seemed a bit (okay a lot) impulsive, but as we slowly learned her story it made so much more sense. I loved Kendrick from the beginning. The author wrote him as this strong alpha male who took the pains of the injured onto himself. Luckily the author was sure to give them such excellent friends to guide them to their HEA. I can’t wait to read the next book in this series because I absolutely loved this one.
Read more

TiltedHalo54
5.0 out of 5 stars When love shows up
23 October 2019 - Published on Amazon.com
Format: Kindle EditionVerified Purchase
Kendrick saves Kelly from a very bad situation. Before you know it they are in a relationship.
Kelly wants the whole package and she is unsure if she will ever get it.
While this book and series is very hot and steamy, Kelly has a way of finding trouble. The past has come back to hurt both her and Kendrick. Will they both survive this?
I definitely recommend this book.
Read more

Redrabbitt
5.0 out of 5 stars GIVING OVER CONTROL, IT WAS ALL JUST LIKE BREATHING
16 October 2019 - Published on Amazon.com
Format: Kindle Edition
Book two comes after Hidden Heart and could hold up as a standalone but does pick up with Kelly and some of the crazy harebrained antics that lands her in trouble. Kelly comes off as loose and free-loving, but she is more complicated than what people see. She is smart, has a good job, great friends, but she has goals and feels they are slipping away with age. Growing up with two successful parents may seem like the American dream, but she didn’t have the love and nurturing support of her parents, they were too busy with their careers and keeping up with the Joneses. What Kelly wants more than anything is for a man to love her, possess her, and to have a happy marriage and children.

Kendrick McFall became jaded by the corruption and cruelty he saw during his time as a cop. Now he owns a security company and works at clubs, events, and his business is growing. He didn’t realize that one-night working security will change everything for him and the girl he rescues from an abusive man.

The plot has the Kendrick rescuing Kelly from a house dungeon scene where she has been drugged and would have been abused had he not been there for security. An honest talk the next morning, she tells him her desire is to be owned by a man, and he agrees to take her to a safe club and see the BDSM scene in a controlled environment. What he wasn’t expecting is her natural submissiveness, and her trust giving up control to him. Kelly is impatient, impertinent, impulsive, responsive and a natural and that is the biggest turn on to Kendrick. She makes him believe that he has found someone special and a chance for a future. Where do things go so wrong? Kelly assumes you can’t be submissive and also be a wife and mother.

The story has several intense scenes and is a testament to how quickly not playing in a safe, sane and consensual environment can lead to abuse, rape and even possibly death. Open, honest communication is the most vital key to happiness and future.
Read more
3 people found this helpful

Louise H
4.0 out of 5 stars Great read
16 October 2019 - Published on Amazon.com
Format: Kindle Edition
This book was updated in October 2019. Having not read the original books I can't comment on how they have been changed. What I am able to do is recommend the well written, steamy, emotion filled and action packed story that it now is. With each story Measha cleverly explores a new issue/concern/worry that faces those entering a long term power exchange relationship.

Kelly appeared as in book #1 as one of Jessica's friends. From the representation of her in Hidden Heart I didn't expect to like her very much, however we really get to know her in this book AND begin to understand that her friends may not really know the current Kelly as well as they thought. However she is very impulsive, which not only gets her into trouble but also causes her lots of heartache along the way.

Kendrick was really good at guiding Kelly into her submissive role. There were times, however, that I wanted to kick his butt or shake him. He demanded Kelly always give him her words, told her how important it was that she speak to him about her concerns. That was a plus, particularly since she was new to a PE relationship. However he didn't always share HIS feelings with her. Communication is a two way street and for someone who insisted on complete honesty, he wasn't so forthcoming with his own emotions and reasoning. I didn't mind that he did this - no one's perfect and I like my characters to have human flaws and foibles. It would just have put the cherry on the icing if he'd verbally acknowledged that he could have been more open with Kelly. The significance of the bracelet and the 'cooling off' period being two of the main events.

To sum up this is a well written and engaging story with two main characters that are not only likeable but also very believable. The growth of the romantic relationship, alongside the power exchange, felt very natural and was very consensual. Kendrick never felt overbearing or determined to push Kelly to do more and more, his say was final but he never assumed he knew her better than she did herself. The last half dozen or so chapters were absolutely packed, filled to the brim with both action and emotion. I really enjoyed this and definitely recommend it to others.
Read more
One person found this helpful
Go to Amazon.com to see all 36 reviews 4.6 out of 5 stars
Get FREE delivery with Amazon Prime
Prime members enjoy FREE Delivery and exclusive access to movies, TV shows, music, Kindle e-books, Twitch Prime, and more.
> Get Started
Back to top
Get to Know Us
Make Money with Us
Let Us Help You
And don't forget:
© 1996-2020, Amazon.com, Inc. or its affiliates