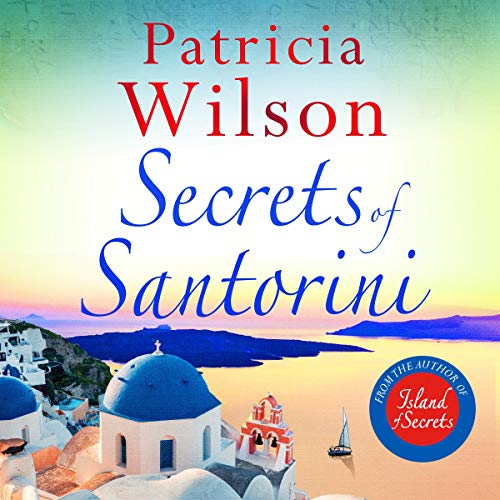 She'll uncover the shocking secrets of her past in paradise....

Sent away to convent school at the age of six, Irini McGuire has never really known her celebrated archaeologist mother, Bridget, who lives on the paradise island of Santorini. So, when Irini receives news that Bridget has been injured at a dig and is in coma she knows it is time to return to the island of her birth.

Discovering her mother's notes, and driven by rumours that her mother's injury was no accident, Irini starts to reveal the dark secrets behind her family's separation.

Can she unearth the truth about her parents and her past before it is too late?

4.4 out of 5 stars
4.4 out of 5
765 global ratings
How are ratings calculated?
To calculate the overall star rating and percentage breakdown by star, we don’t use a simple average. Instead, our system considers things like how recent a review is and if the reviewer bought the item on Amazon. It also analyses reviews to verify trustworthiness.

C J W
4.0 out of 5 stars Soak up Greece
Reviewed in the United Kingdom on 10 June 2019
Verified Purchase
I title this Soak up Greece because this is a book that transports the reader to the beautiful setting of this country. Having been to Greece for the first time last year I could visualise the beauty of her locations. The story is good - a tad long and some parts not necessary for the story mainly being the over description of magnetic intimacy between Angelo and Irini. Apart from this I would say this is a book worth reading as it is of a fascinating topic. Maybe some people who are not interested in archaeology could find it rather tedious in parts but keep reading as this is a book that has intrigue and interest. This is my second read by this author and I am now going to download another, each one set in Greece, and hope I find it as enjoyable as the first one I read which was Island of Secrets. This author is obviously in love with imparting her love of Greece but does this through her writing good mysteries.
Read more
11 people found this helpful
Report abuse

Eva C
2.0 out of 5 stars Not for me
Reviewed in the United Kingdom on 14 August 2019
Verified Purchase
This book did not grip me at all. I found the main character extremely annoying and the story line bordering on ridiculous. I can see why the "dreamy" bits from Greek mythology were embedded into the story but i just found them long winded and very tedious. After a while I found myself skipping those parts completely. I kept reading the other parts to the end but this is not a book I would recommend.
Read more
9 people found this helpful
Report abuse

Dianna Pearson - Morgan
2.0 out of 5 stars Not a great read.
Reviewed in the United Kingdom on 22 May 2019
Verified Purchase
I found this book an annoying read got the extent i skipped past all the ancient gods part - although I totally understand how /why it's in the storyline - it wasn't a book i enjoyed - but am sure there are people out there who will love it.
Read more
13 people found this helpful
Report abuse

smokieblue
1.0 out of 5 stars Sorry not good!
Reviewed in the United Kingdom on 13 August 2019
Verified Purchase
Sorry this book was not for me. I gave up on chapter 16. It was so bad and went back through dreams set around Greek mythology which I skipped over maybe that was the problem. I was looking forward to the book as I enjoyed Victoria hyslop books. I am sorry but I don't think I will read any more by this author.
Read more
7 people found this helpful
Report abuse

SuzyQ
3.0 out of 5 stars Disappointing
Reviewed in the United Kingdom on 11 June 2019
Verified Purchase
I was so disappointed in this book after reading her previous. I skipped over all the ancient gods part even though I knew why it was part of the story. I know some people will love it, but not me.
Read more
8 people found this helpful
Report abuse
See all reviews
Back to top
Get to Know Us
Make Money with Us
Let Us Help You
And don't forget:
© 1996-2022, Amazon.com, Inc. or its affiliates