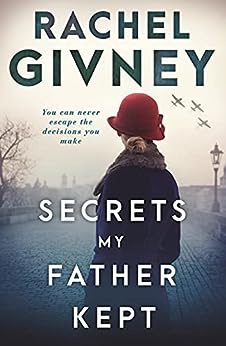 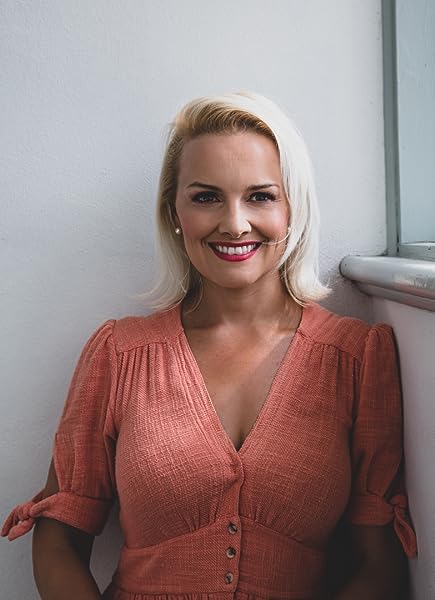 by Rachel Givney (Author) Format: Kindle Edition
See all formats and editions
Sorry, there was a problem loading this page. Try again.
A novel that will stay with you. An ending that will shock you.

Kraków, Poland, 1939. As Hitler prepares to invade, an inquisitive and intelligent young woman tries to find her mother who disappeared 15 years go. Standing in her way is her father, who refuses to talk about what happened...

A captivating story about the struggle of pioneering women in a male-dominated time, and the lengths people will go to, to protect their family.

‘Intimate and character-driven, uniting romance and mystery with a clever twist.’ The Age
Read more
Previous page
Next page

Rachel Givney is a writer and filmmaker originally from Sydney, Australia (currently based in Melbourne). She has worked on Offspring, The Warriors, McLeod's Daughters, Rescue: Special Ops and All Saints. Her films have been official selections at the Sydney Film Festival, Flickerfest, Tropfest and many more.

Zoe Carides is an accomplished Sydney-based actor with thirty years of experience and is the recipient of a Helpmann Award and an AFI nomination. Zoe has voiced countless campaigns including McDonalds, Origin, Elevit, Ancestry.com and has been the voice of National Geographic and Nat Geo Wild for many years now. She’s also recorded several audiobooks, including Love Objects by Emily Maguire and Robbie Arnott’s The Rain Heron. --This text refers to the audioCD edition.

'Rachel Givney is a screenwriter with a highly developed understanding of plot structure and narrative drive.' -- The Age --This text refers to the audioCD edition.

Secrets My Father Kept is the gripping story of a young woman determined to uncover the truth behind her mother’s disappearance and the dark secret from her father's past. --This text refers to the audioCD edition.
Read more

A writer and filmmaker originally from Sydney, Australia, Givney has worked on many of Australia's most beloved and successful shows such as Offspring, and McLeod's Daughters.

Rachel Givney's international bestseller Jane in Love was published in 2020 to critical acclaim. Booklist Magazine judged Jane in Love as "outstanding", and Publisher's Weekly named it in their top ten releases for fall 2020. Amazon Studios and Di Novi Pictures (Little Women) have acquired the rights to adapt Jane in Love for the screen. Givney will write the screenplay.

Dan
5.0 out of 5 stars I highly recommend this book
Reviewed in Australia on 18 September 2021
Verified Purchase
I hope you pick up this one, I was hooked from the first chapter. Secrets My Father Kept is set during the lead up to WW2 showing the best and worst of humanity. A carefully written and well written novel I loved the medical scenes, the character Dominik and the twist at the end. A full five stars from me.
Read more
Helpful
Report abuse

Elizabeth
5.0 out of 5 stars Loved this book
Reviewed in Australia on 21 August 2021
Verified Purchase
I couldn’t put this book down, thought it was great. It was very well written and it kept me guessing until the end.
Read more
Helpful
Report abuse
See all reviews
Report an issue
Does this item contain inappropriate content?
Report
Do you believe that this item violates a copyright?
Report
Does this item contain quality or formatting issues?
Report