Skip to main content
The Secret Within and over 1.5 million other books are available for Amazon Kindle . Learn more
Share <Embed> 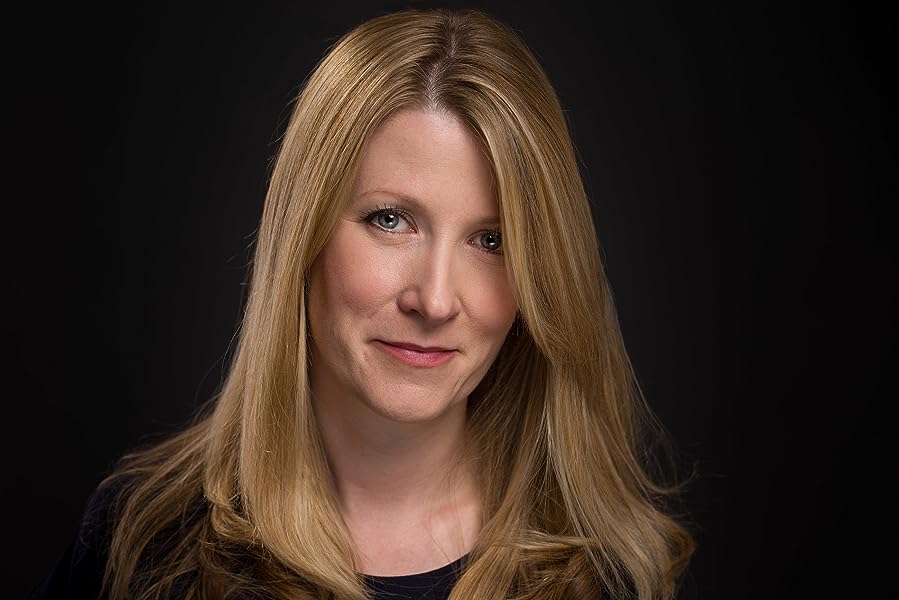 Page 1 of 1 Start overPage 1 of 1
Previous page
Next page
Start reading The Secret Within on your Kindle in under a minute.

3.7 out of 5 stars
3.7 out of 5
14 global ratings
How are ratings calculated?
To calculate the overall star rating and percentage breakdown by star, we don’t use a simple average. Instead, our system considers things like how recent a review is and if the reviewer bought the item on Amazon. It also analyses reviews to verify trustworthiness.

Korkycat
3.0 out of 5 stars Not what I expected.
Reviewed in Australia on 18 February 2021
Verified Purchase
Having read other books by this author, I have to say I personally was a little disappointed in the story, although it got more interesting towards the end.
Read more
Helpful
Report abuse

This is a difficult book to review as it evoked so many conflicting emotions in me. The first half was slow and I thought "I don't think I'm going to enjoy this" and then it picked up and I'm thinking "Mmm, now this could get interesting"...and then I got to the point I just felt like banging heads! And then...it ends up being like a car crash - you just can't look away. You just have to know what happens next!

Plastic surgeon Julia Blythe is looking for a new start for her and her family. She relocates to a small town in Devon after turning whistle-blower on a fellow surgeon for dangerous and unethical practices that put patients at risk and finding herself the victim of a witch hunt by the hospital trust. Her trial was broadcast nationwide in which she fought to get her job back on principal but knowing full well that she could no longer work in that environment, Julia and her family packed themselves off to a coastal town in Devon.

Now she finds herself at the final stage of interviews where she needs to convince the panel of two - Hamish and Tanveer - to take a chance on her despite what they might have heard about her in the media. Her family's future and happiness hinges on her getting this job at Exeter Memorial Hospital. But Hamish and Tanveer have their own reasons for wanting Julia as part of their team - both of them different. And so they offer her the job...which is perfect because now her husband Ewan can take up the teaching position he was offered at the local school in which their children Alex and Cassia have reserved places. But Julia will soon discover that this wasn't the fresh start she was hoping for...and that she may well have placed herself and her family in danger.

Enter Nathan Sloan. The third in the team of surgeons that Julia will be working with...but who wasn't on the panel when she was interviewed. He is movie-star handsome, successful, charismatic and well-liked throughout the hospital and with patients...but he is a narcissistic misogynist and an expert manipulator who believes he can get away with anything. After all, he has done for years. So full of himself is he that he is well confident that their new colleague Julia won't call him out or blow the whistle on his secret practices due to her past. Because really, who will believe her if she does it again? But then Nathan has plans for her.

But then Nathan's plans go awry when Julia walks up to him outside the school where their children attend and introduces herself. He had their first meeting all mapped out...how he would make a grand entrance at the hospital and charm her with his devilish good looks and captivating smile. Unfortunately for him, Julia is nobody's fool and she doesn't plan on being hoodwinked or charmed by him. And so she stands there in her wellies and shakes his hand. The moment she does is electric. Nathan is suddenly dumbstruck, staring at her plain-ness and yet is completely under her spell. From that moment on, Nathan makes it his mission to have Julia fall under his...

And then Julia's ex-husband, Dominic, turns up outside the school gates very drunk...and in danger of not only embarrassing Julia, but their son Alex as well. Julia is mortified but Nathan cleverly diffuses the awkward situation by suggesting he and Dom go for a cigarette before the kids come out. Instead, Nathan puts Dom back on a train to London with £100 for his trouble. Nathan is sure now that Julia will be indebted to him and sees this as his way in. Thanking him the next day at work, Julia is incredibly grateful. But she is not as grateful as he had hoped she would be...as he is to discover.

Becoming obsessed with Julia, Nathan will go to any lengths to ensure that she will love him back. Even to the point of lunacy. Even Hamish, who has been Nathan's best friend for twenty five years, thinks his friend has lost the plot. Women are there for the taking not to fall in love with. But Nathan is blind to anything else...he is convinced he loves Julia and will do anything to be granted her love in return. And then he comes up with a foolproof plan to ensure her gratitude and love for him forever...

Nathan is truly deplorable but as the story develops he becomes almost childlike in his excitement and plans to make Julia fall in love with him. And although he claims that her existence has changed him completely, his obsession for her is indeed dangerous. When she uncovers the truth of what he has been doing, she threatens to report him but Nathan refuses to believe she will...especially when he shows her the photo that Hamish took of them kissing on the beach. Julia visibly pales but is resolute in her convictions.

Seemingly innocuous at first, Hamish is an incredibly nasty character. While Nathan was openly creepy, Hamish watched from the sidelines...and even took a piece himself when the opportunity arose. If Nathan was dangerous, Hamish was even more so. He was Nathan's twisted conscience to ensure he didn't blow their "little operation". After all, they all knew of the troubles at her previous hospital and didn't for once think anyone would believe her a second time...which is why they hired her, counting on her keeping schtum.

A slow burn to start, THE SECRET WITHIN does pick up the pace around 30% and then goes into full pelt mode just beyond the halfway mark. You both love and hate the story that unfolds but you can't look away either. It becomes addictive reading as you keep turning the pages in your quest to discover how it all pans out. Will Nathan be held accountable for his lurid practices and recording of patients without their consent? Or will he charm his way out of it and live to see another day?

Honestly, I thought Nathan was completely deluded. I don't know how he thought every twisted idea he came up with would make Julia love him. He was seriously so unstable it made him dangerous, which became even clearer when he started playing out scenes with Julia in his mind whilst in surgery. To the point he had completely forgotten the surgical plan for the patient he was currently working on! Too scary, I'm sure. But at the same time, his delusions and his childlike way he became excited about them made me chuckle as often as I was shaking my head. He was a 51 surgeon and here he was behaving like a lovestuck teenager. The entire debacle was hilarious it was that ludicrous. But it was Hamish I really didn't like. He was truly dangerous and vindictive...probably moreso than the dastardly Nathan.

I did feel the book to be a little long in parts but the story was so addictive and mesmerising I was never actually bored. It's a creepy thought to think that a person with such power as a surgeon could cross such boundaries completely without your knowledge. It reminds us just how much we really put our trust in doctors and surgeons. The very act of being anaesthetised for surgery is a complete measure of trust on our part. And that is what makes this whole tale creepy.

Told primarily through the alternating narratives of Julia and Nathan, with the odd chapter through Hamish's eyes, the plot is slowly revealed as we are drip-fed snippets to keep us engaged throughout. As much as I disliked him, I especially enjoyed reading Nathan's twisted delusional narrative. It was like having a window into a completely warped mind. I couldn't figure out if he was a pure psychopath or just plain mental.

A long, crazy ride that is so completely mind-boggling my head was spinning, THE SECRET WITHIN is not so much a mystery as it is a suspenseful thriller. You know what is happening as it plays out so nothing remains a mystery...except for how it will end. And I was a little surprised by the ending. Still not sure I liked it but my lips are sealed as to say anymore would be a spoiler.

A tense read, THE SECRET WITHIN is definitely a different tale of twisted obsession that will appeal to fans who like their psychological/domestic thrillers a little dark and twisted.
Read more
Helpful
Report abuse

marnie | once upon a time book blog
TOP 50 REVIEWER
4.0 out of 5 stars A thrilling read
Reviewed in Australia on 26 January 2021
Like so many people Julia is looking for a fresh start. While she understands that it’s probably not possible, she wants to leave the past behind, most of all the aftermath of the choice she made. Sometimes no matter how great our intentions, the right thing to do may just turn out to be the wrong thing.

I loved the sound of this story and not having read a book from Lucy Dawson before, I jumped at the chance to read this when the opportunity presented itself. Full of tension, suspense and twists and turns, The Secret Within is an exciting read.

Ok, now for the characters…I don’t think I have read and detested two male characters more than Hamish and Nathan! My word they are so horrible and vile but, have been perfectly created and written to make you feel these emotions. I did really like Julia’s character and her strength to be able stand up and do the right thing.

Lucy Dawson has a very easy style and does a great job of keeper the reader engaged and wanting to keep flicking those pages. The pace for the first half of the book is on the slower side but, things do pick up making for a more thrilling second half.

All up The Secret Within is a gripping and tense psychological thriller and has been a great introduction for me to Lucy Dawson’s work. I will definitely be reading more from her. It was a pleasure to read and review The Secret Within which I recommend.
Read more
Helpful
Report abuse
See all reviews
Back to top
Get to Know Us
Make Money with Us
Let Us Help You
And don't forget:
© 1996-2021, Amazon.com, Inc. or its affiliates