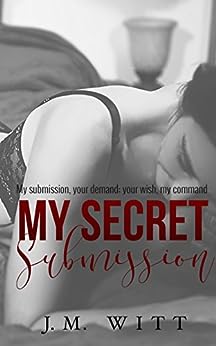 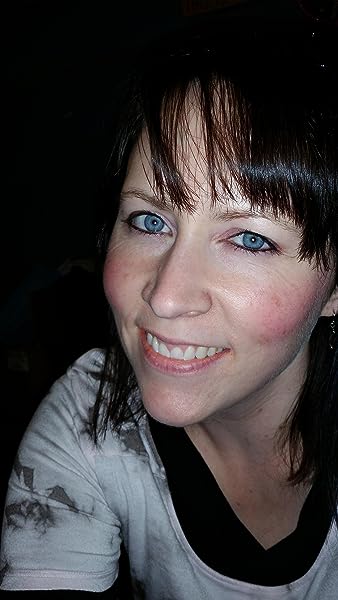 Rêvvâ Tênâg
4.0 out of 5 stars Good Read
Reviewed in Australia on 17 July 2016
This is a great book. Its very well written and I adapted well with the characters.
It's a very very long book, so you've got to just sit back and relax.
While everything written is good to read, I did find that it became a little repetative and tedious with the whole exchanging of emails thing, as well as noting when they could and couldn't see each other. I think I would have been happier just to skip most of that and read more of the times when they did meet up. I also felt a bit cheated when the details of Jared and Meredith were scarce, as there was quite a build up for that.
Still a great book and still a fan of JM Witt and am looking forward to reading her other books.
Read more
One person found this helpful
Helpful
Report abuse
See all reviews

WorcesterSorce
5.0 out of 5 stars Never give up hope
Reviewed in the United Kingdom on 20 June 2016
Verified Purchase
A book that gentlemen should read. Burns with real emotions. Surprises along the way. Stick with it if only for the excellent playlist. Next novel eagerly awaited
Read more
Report abuse

Ferris Hamman
5.0 out of 5 stars Must Read! Best book of 2016, HANDS DOWN!
Reviewed in the United States on 4 May 2016
Verified Purchase
I couldn't get enough.
Meredith is in a robotic marriage. The spark disappeared that was once there and she's itching to be pleasured the way she deserves.
She never intended to stray. She had her account on the fetish site for research but when a message comes through that she can't ignore, she sees where it leads.
Let me tell you, it leads to the mysterious, frustrating (in a good way), and surprising Gregor. He offers her more than a way to itch her sexual desires, he offers her someone who listens, jokes, and understands her inner feelings. Everything she isn't getting at home.
Meredith & Gregor's chemistry is HOT. Nothing is left unexplored. Secret meeting places, the backseat of his truck, and the elusive overnights will leave you panting and crossing your legs begging for your own release.
There are a few twists in the book that left me open mouthed in shock in the best possible way and the ending had me doing a slow clap as I set my phone (my reading device) down. I closed my eyes and let it sink in.
Please take JM Witt's warnings to heart because she lays it out there on what to expect:
18+ only. Standalone, taboo, BDSM romance.
Warning: contains adultery which may be triggers for some people.
Even if you aren't sure about the subject of the book, you need to take a risk and read this now. It WILL be the next book that will have everyone buzzing.
5+ Scorching HOT stars
PS: Ya'll can have Gregor, Jared is mine
Read more
5 people found this helpful
Report abuse

Letty (CovertoCoverBookBlog)
5.0 out of 5 stars Submitting never felt better...
Reviewed in the United States on 5 May 2016
Verified Purchase
This book is definitely not the norm for JM Witt. And by that, I am simply speaking about the topic. The writing is just as amazing as her past works and her characters make you think and evaluate some of the things you do in your own life.

In My Secret Submission, we are introduced to Meredith Nichols, a lonely housewife who has been spending the last ten years doing nothing but taking care of her kids and being there for her husband. The relationship has deteriorated as he travels too much for work and rarely spends time with her. When he’s home, his attention is on the kids.

Gregor Thompson also has issues at home. A husband and father, his marriage is anything but the adventure he wants and lacks the excitement he seeks.

This book is about passion and self-discovery. It is a book that not everyone will identify with because of the heavy topic of ADULTERY. But it is a book about a woman who has been stuck in a marriage that strangles her, suffocates her, and keeps her from fulfilling the most basic desires of a woman. It will push boundaries, making the reader cringe at times and gasp at others.

Meredith is the main protagonist. Although this story is about the relationship she and Gregor embark on, the main focus is on the relationship Meredith has with herself and how she grows. You will hate her, love her, and sympathize with her. Some will feel they know exactly how they would react and what they would do if placed in her situation, while others will wonder. How far should one go to find happiness? How much should one sacrifice if the current situation is not satisfying?

Go on the journey with Meredith and see how the choices she makes may or may not be what you would do, but they are the best that she found for herself. See how her choices helped her find herself, allowing her to feel wanted, desired, beautiful, and worthy. Regardless of what you think or how you feel on the topic, I strongly believe this book deserves a chance.
Read more
One person found this helpful
Report abuse

Amy W
3.0 out of 5 stars Lesson: Men Won't Leave Unless Forced To.
Reviewed in the United States on 15 August 2016
Verified Purchase
I wanted to put 2 1/2 stars but Amazon doesn't have the 1/2 option. My Secret Submission had so much more potential to be a 4 or even 5 start read but the author's voice was repetitive and boring at times. As one other reviewer mentioned, reading all of the "texts and emails" was tedious. Many times it they added little to nothing to the story. Also, I don't know if the independent music industry was the author's sponsor but seriously, every freakin' chapter had multiple references to the music that Meredith was listening to. Mind you these were songs by independent artists that are not well known which made the reader say who cares because I don't the song, words or music type. My biggest issue with the writing is that right in the middle of the most suspenseful are they are or aren't they moment, the author begins to write a fantasy scene of Meredith's and I felt like I missed something. I had to go back and read a couple pages to see what the heck was happening before I realized it was a fantasy.

There was potential for character development. Meredith stated she didn't want to be "sloppy seconds" yet she allowed that in every relationship he had. She was second to her husband's lover; second to her lover's wife; and second to her playmate's girlfriend. I would have liked to have seen that Meredith found confidence and self-esteem and realized she deserved better than any of those 3. It is because Meredith didn't grow she remained stagnate in her choices that I found the ending of a VERY long book to be disappointing.
Read more
One person found this helpful
Report abuse

Nadine Bookaholic [Nadine's Obsessed with Books]
4.0 out of 5 stars Gregor was Meredith's drug of choice ;)
Reviewed in the United States on 4 February 2017
Verified Purchase
I want to point out that this book consists of cheating spouses, if that is something you do not want to read about please be warned, I feel that it's hinted at enough in the blurb but some may overlook it without even realizing it so I wanted to point that out.

This is the first book that I have read by J.M. Witt and WOW it was much better than I had expected going in. I say that because I am not a fan of cheating but I am not turned off by reading it either as long as there is a good reason for it other than they just wanted to get their rocks off. In this story Meredith Nichols is married to Todd and their relationship has diminished over the years especially in the bedroom. Meredith has a kinkier side that Todd wants no part of so she decides that she is going to go on KinkyFodder to find like minded individuals that she has something in common with, that is where she met Gregor. Gregor's situation is very similar to Meredith's, he is also married with children and his wife isn't into the kink, after talking online, through KinkyFodder and emails, they decide to meet....and so it begins.

The relationship between Gregor and Meredith grew and grew, he was like a drug that she needed, whether it was a phone call, text message, email, or even a quick face to face she needed the constant contact. I loved the banter between the two and they were HOT together.

I really thought this story was played out nicely and realistically, especially with the turmoil that Meredith went through with Todd. The only thing that really had me surprised was Jared and how he played into everything. Jared is Trish's cousin, Trish is Meredith's best friend. Trish and Meredith reminded me of Thelma and Louise (only they didn't drive their car off a cliff :)) Jared story is up next in My Secret Possession, which I am jumping right into.
Read more
Report abuse
See all reviews
Back to top
© 1996-2021, Amazon.com, Inc. or its affiliates