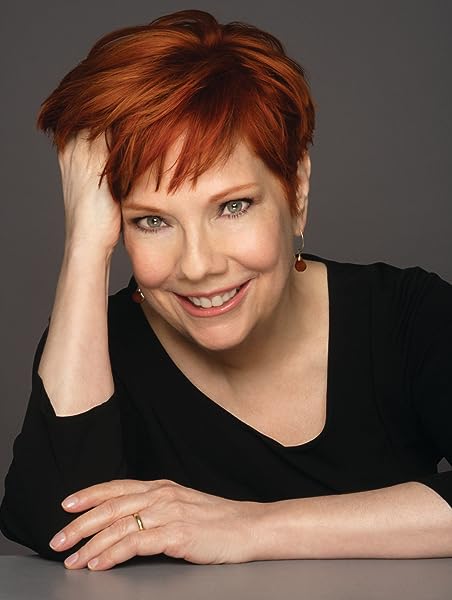 by Jayne Ann Krentz (Author)
4.5 out of 5 stars 501 ratings
See all formats and editions
Sorry, there was a problem loading this page. Try again.

"A suspenseful, romantic escape." "People"
"Krentz s focus always is on the relationship between her central characters: Complex, strong-willed and vulnerable, they re at the heart of what might be her best work yet." "The Seattle Times"
Fans of bestselling Krentz s books once again hit the literary jackpot with "Secret Sisters" as the doyenne of sophisticated romantic suspense serves up another irresistible combination of sharply etched characters, suspenseful plotting, smoldering sexual chemistry, and wonderfully written dialogue that snaps, crackles, and pops with the author's distinctive wit. "Booklist" (starred review)
"A twisting ride on a bullet train of romantic suspense...an adroit tale of old friends, new loves and edge-of-your-seat suspense...So buckle up and expect to lose sleep, because just when you think you've figured it out, "Secret Sisters"will throw you a new curve." "BookPage"
Krentz expertly introduces plausible suspects, weaving in sexual tension between Jack and Madeline and terrifying uncertainty as someone strikes to eliminate the remaining secret-holders. Krentz scores another winner with complex characters and seamless plotting. "Publishers Weekly"
The characters are engaging, and the story is intriguing. Krentz delivers another twisty, plot-driven romantic suspense novel, with two satisfying love stories in the mix. "Kirkus Reviews"
With its cleverly constructed mysteries, excellently written characters, perfectly ominous setting, and just the right amount of romance, "Secret Sisters" is an addictive and exciting read. Tattooed Book Review (5 stars)
Romantic suspense and Krentz are an unbeatable duo...mesmerizing...The bonus with this book besides the fascinating mystery is it also delivers two romantic relationships. Settle back and enjoy as Krentz takes you on one thrilling adventure! "RT Book Reviews" (4 1/2 stars, Top Pick)"

Jayne Ann Krentz is the author of more than fifty "New York Times" bestsellers. Her recent novels include "Trust No One," "River Road" and "Dream Eyes." She has written contemporary romantic suspense novels under that name, as well as futuristic and historical romance novels under the pseudonyms Jayne Castle and Amanda Quick, respectively.

Start reading Secret Sisters on your Kindle in under a minute.

4.5 out of 5 stars
4.5 out of 5
501 global ratings
How are ratings calculated?
To calculate the overall star rating and percentage breakdown by star, we don’t use a simple average. Instead, our system considers things like how recent a review is and if the reviewer bought the item on Amazon. It also analyses reviews to verify trustworthiness.

bronwen marsden
5.0 out of 5 stars Five Stars
Reviewed in Australia on 31 December 2015
Verified Purchase
I always enjoy her books.This one was alittle different to some of her latest books.
Read more
Helpful
Report abuse

leslie conaghan
4.0 out of 5 stars Four Stars
Reviewed in Australia on 30 December 2015
Verified Purchase
A book that once started cannot be put down
Read more
Helpful
Report abuse

Deborah Cook (@ Debbish dot com)
TOP 1000 REVIEWER
3.0 out of 5 stars Solid and enjoyable romantic suspense, if a tad cliched in parts
Reviewed in Australia on 9 December 2015
I very much enjoyed this book though found the plot a little more clichéd than I'd expected. I couldn't stop turning the pages but it felt like Krentz took the easy way out on a few occasions in terms of both the plot and characters.

Having said that, the plot’s well paced and the action keeps coming.

We're pointed in the direction of the baddies from the early in the novel but it's the extent of their involvement and the secrets they're hiding that's in question. I did find the ending a bit convoluted but there were a few twists I didn't pick.

Fans of Krentz or romantic suspense will undoubtedly love this novel, which I enjoyed despite my whining!

Read the full review on my blog: http://www.debbish.com/books-literature/secret-sisters-by-jayne-ann-krentz/

Bookworm 262
3.0 out of 5 stars Not one of the best
Reviewed in the United Kingdom on 11 May 2019
Verified Purchase
JAK offering in the contemporary romantic suspense arena. I have read a lot of this authors work under her various pen names. Usually I really enjoy the books so I am disappointed when I say this is not one of her best.

The storyline felt too contrived and the characters a bit wooden. It wasn't awful but she can do better than this.

My main problem was that this book had too many endings. I am not sure that JAK could decide whodunit so kept going until they all did. It will still make a good read if you like Nora Roberts.
Read more
Report abuse

LEP
5.0 out of 5 stars Good contemporary romantic suspense
Reviewed in the United Kingdom on 16 December 2015
Verified Purchase
JAK has at last ditched the Arcane Society and started to write contemporary novels without the psychic stuff. Don't get me wrong, I enjoy all her stuff but it was getting a bit much. This is her third, I think, contemporary romantic suspense novel.
Madeline Chase goes back to her Grandmother's old, abandoned hotel on Copper Island eighteen years after an attempted rape when she was just twelve years old. Called back by the old caretaker who attempts to warn her with his dying breath, the secrets that her Grandmother and old Tom have kept in all that time may have been discovered. She calls Jack Rayner the security expert for her late Grandmother's chain of hotels. Jack is useless at relationships and the social niceties, however, as a former FBI profiler he understands warped and dangerous minds. Madeline, Jack, his brother Abe and Daphne, Madeline's friend from eighteen years ago, form an alliance against a killer who is trying to hide the truth.
Interesting and a good read which held me throughout. However, there are a lot of surmises that the 4 central characters make which of course miraculously lead them down the right track.
Read more
2 people found this helpful
Report abuse

RomanceCrazy
5.0 out of 5 stars Totally Terrific
Reviewed in the United Kingdom on 11 January 2016
Verified Purchase
Wow - I've found a new fave author. This my first dip into Jayne Ann Krentz - love her so much. And this book has you turning chapter ends until the wee small hours. It's gripping and the hero is to totally die for. A must read for lovers of romantic suspense or indeed anybody searching for a pacey gripping story that thoroughly satisfies. Stellar. So glad I've found her and her backlist!
Read more
2 people found this helpful
Report abuse

P Webber
3.0 out of 5 stars Law of diminishing returns
Reviewed in the United Kingdom on 13 May 2016
Verified Purchase
Disappointed, I have read and enjoyed many novels by this author, however this one seemed writing by numbers. The sense of dejavu, no originality in the plot or characters, we have encountered it all before in her other novels. Frankly I was bored and the numerous 'bad' guys in one family was ludicrous.
Read more
Report abuse

Keep writing.. and please where can I get a dust Bunny !!!!
Read more
Report abuse
See all reviews
Back to top
Get to Know Us
Make Money with Us
Let Us Help You
And don't forget:
© 1996-2021, Amazon.com, Inc. or its affiliates