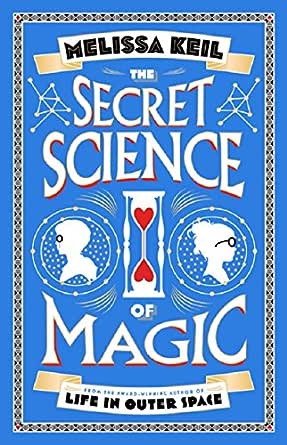 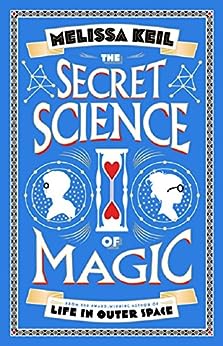 "The story intricately explores the teenagers' quirky relationships and the notion of what it takes to feel comfortable in one's own skin. Sophia's character is authentically geeky, and readers will empathize with her anxiety."

"Readers struggling with social and personal interaction issues, awkwardness about fitting into their community, and uncertainty about where their future may take them will embrace this novel"

"Excellent character development of the protagonists (Sophia and Elsie are 'brown girls' of South Asian descent; Joshua is white), their diverse group of friends, and their families (Elsie's brothers, especially, are a hoot) makes the romantic relationship just one among several satisfying story strands, and witty dialogue keeps pages turning." --This text refers to an alternate kindle_edition edition.

Melissa Keil, born and raised in Melbourne, Australia, studied cinema and anthropology and has spent time as a high school teacher, Middle-Eastern tour guide, waitress, and IT help-desk person. She now works as a children's book editor, and spends her free time watching YouTube and geek TV. --This text refers to an alternate kindle_edition edition.

3.8 out of 5 stars
3.8 out of 5
3 global ratings
How are ratings calculated?
To calculate the overall star rating and percentage breakdown by star, we don’t use a simple average. Instead, our system considers things like how recent a review is and if the reviewer bought the item on Amazon. It also analyses reviews to verify trustworthiness.

ABCharlie
4.0 out of 5 stars An engaging and fun read
Reviewed in Australia on 10 April 2017
Verified Purchase
I enjoyed this book a lot, especially the main characters of Sophia and Joshua. I did feel though that some of the secondary characters could have been more fleshed out. Still, a great Aussie YA novel and one I'll happily recommend.
Read more
Helpful
Comment Report abuse

Cass
5.0 out of 5 stars Highly recommended for geeky teen readers (and adult readers too)
Reviewed in Australia on 3 July 2017
I know I've said this before (possibly in my last review of a Melissa Keil book), but I want to be Melissa Keil when I grow up. She writes the most amazingly geeky and relatable (to me) characters.

In The Secret Science of Magic, we have Sophia, a maths genius and Doctor Who fan who has all the hallmarks of being on the autism spectrum disorder (although she is bafflingly never diagnosed), along with a massive helping of anxiety attacks and self-doubt (presumably from the lack of diagnosis and treatment). She's also a POC, although her family is very "Australian" as far as I can tell -- if there were any elements from other cultures in there I missed them.

Sophia is struggling through the last year of high school, trying very hard not to think about her only friend's impending departure to study medicine in the US. She's acing most of her classes and doing university-level maths on the side, but was pressured into doing drama, which she hates and is terrible at. She has fixated on a Russian maths genius who went off the rails, trying, in her methodical way, to figure out where he went wrong so that she can avoid it -- a bit like Hazel in The Fault in Our Stars, but without the road trip.

Elsie, Sophia's best friend, is from a largish Indian family, with three brothers who look lout for Sophia the way her own brother generally doesn't. But there is growing tension there, which Sophia doesn't really understand. The clues are all there, not just for the reader (as is often the case) but for Sophia too -- the problem is that Sophia simply doesn't know how to recognise or interpret them.

(I'm so mad at Sophia's counsellor, by the way. We never actually see said counsellor, but surely if they were halfway competent they could have recognised what was going on with her! Gah!)

Joshua, the other point of view character, has a long-standing crush on Sophia, a lisp that emerges when he's anxious, and a talent for magic tricks. He decides to finally start wooing her, getting her attention with tricks that are mostly cute and motivated by a desire to help her with her various problems, but that sometimes cross the line for me (for example when he stole her watch; even though she did get it back later, that was uncool, Joshua!). Happily, he does grow over the course of the book and, by the end, he comes good. ;)

I really enjoyed this story, which -- more broadly -- tackles the YA issues of "coping with the end of school" and "what next", as well as the universal human issue of self-acceptance. The romance was tentative and sweet, and my heart broke for Sophia and her confusion and social anxiety. The Doctor Who references made me happy, and Josh's various magic tricks, while not really my thing, made me smile.

Melissa Keil's books are ones I wish I'd had as a teenager; I'm totally buying copies for my friend's geeky pre-teen when she's a few years older.
Read more
Helpful
Comment Report abuse
See all reviews

Sasha
3.0 out of 5 stars A bit frustrating at times
Reviewed in the United States on 7 January 2018
Verified Purchase
I chose to read this book because a friend of mine has a blog where she reads typically Y/A books and sometimes I keep an eye on things she’s read. This was one on her to-read list. I simply downloaded the sample first, and although I wasn’t captivated, I found that I wanted to read more so I purchased the entire book. It was a good read and I finished the book in about 24 hours (not non-stop reading of course). The characters were cute, I particularly liked Joshua, he was quirky but confident in himself and who he was. There wasn’t too much teen angst in the book which was good too. Sophia’s character was a little bit more difficult to like. The author did a really great job of creating a very intellectually driven “genius” character of Sophia in the book. I could understand where she was coming from and how she was feeling, but a few times I actually found myself frustrated with her character, her obsessions, and her lack of social ability. Right up until the end she still seemed fairly clueless, for example it was annoying after Sophia and her best friend Elsie had a fight that Sophia didn’t just come out and ask Elsie why she was upset, given Sophia seemed to understand nothing. Even when Elsie did explain (in my opinion rather poorly) what was wrong Sophia still didn’t get it at all. But I understand that those things were also basically the point of the story.

I will say some of the things that Sophia quoted, or obsessed about, or talked about was a little lost on me at times. The book was at times very descriptively dense due to either Sophia or Joshua doing or talking about something that an average person probably wouldn’t understand, and in my case I didn’t necessarily care about the long descriptions, I just wanted to get back to the actual story. Part way through the book I did start to question whether the book would have a happy ending (it seemed dire for a while), but fortunately it did which made reading it generally worth while.

Sophia and Joshua’s relationship was sweet, even though Sophia seemed to have the emotional responsiveness of a dead fish. There was one really romantic scene which was ruined by Sophia having some kind of meltdown, and from there things didn’t pick up for me again. It just seemed like Sophia was the same and she would never be able to love Joshua or be comfortable with a relationship. But then I suppose in the interest of a happy ending, suddenly she was ok and wanted to be with him. So, like I said, it had a happy ending.
Read more
Report abuse
See all reviews
Get FREE delivery with Amazon Prime
Prime members enjoy FREE Delivery and exclusive access to movies, TV shows, music, Kindle e-books, Twitch Prime, and more.
> Get Started
Back to top
Get to Know Us
Make Money with Us
Let Us Help You
And don't forget:
© 1996-2020, Amazon.com, Inc. or its affiliates