The Secret River (Historical Trilogy Book 1) and over 1.5 million other books are available for Amazon Kindle . Learn more
Share <Embed> 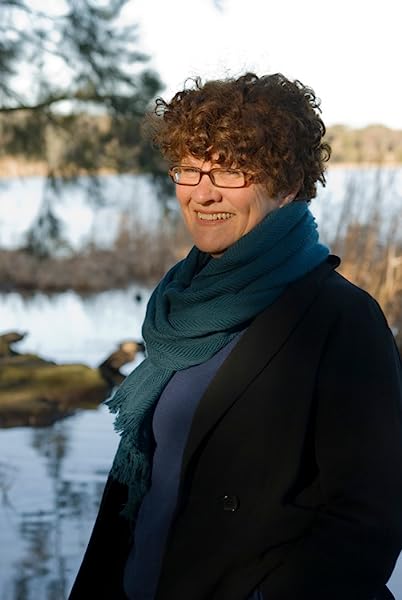 Page 1 of 1 Start overPage 1 of 1
Previous page
Next page
Start reading The Secret River (Historical Trilogy Book 1) on your Kindle in under a minute.

4.2 out of 5 stars
4.2 out of 5
960 global ratings
How are ratings calculated?
To calculate the overall star rating and percentage breakdown by star, we don’t use a simple average. Instead, our system considers things like how recent a review is and if the reviewer bought the item on Amazon. It also analyses reviews to verify trustworthiness.

Chantal
3.0 out of 5 stars It was an amazing account of what life was like in the 19th ...
Reviewed in Australia on 21 June 2015
Verified Purchase
It was an amazing account of what life was like in the 19th century, both in Australia and in England.
It took the view, the narrator of the story, from an English, working class man's point of view.
The horrors that were inflicted throughout Europe , on the working class, were terrible. But nothing quite prepared one for what was to come when the English settled in Australia.
I had to stop reading it as it gave me nightmares!
I couldnt even bear to watch the adds on the ABC for the television movie series!
Kate Grenville dredged up things that were so terrible and true of that time in Australia's history. So obviously she did write well! Just a little too well for me!
I am not Aboriginal but all I can feel is the horror that was brought to them, with no room for negotiation. Just pure racist, narrow minded , bigoted, ignorant, white man's judgements!
Then they were given disease, robbery, murder, pillaging, rape, geocide. Pretty much a holocaust really! White man did well invading and settljng in Australia.
Read more
3 people found this helpful
Helpful
Report abuse

Mr. Gregory P. Solomon
5.0 out of 5 stars A thoroughly enjoyable boo,
Reviewed in Australia on 16 January 2016
Verified Purchase
I love this book for its historical look into colonial Australia & the way it wove around one family's story, of a the life of a convict before he was transported & the life he and his family afterwards. It gave a glimpse into the colonial mindset and their held belief of Terra Nullis and the lack of understanding of Aboriginal culture and this is where I found the book to have its sadness projected. One man enslaved to make a better life for him and his family, to be torn but to go against what he knew to be the right thing to do for the sake of survival.
Read more
One person found this helpful
Helpful
Report abuse

Bookie
4.0 out of 5 stars This is one to keep
Reviewed in Australia on 15 September 2015
Verified Purchase
Factual accounts of early European settlement in Australia can seem dull but In 'The secret river' Kate Grenville brings history to life. The story of William Thornhill is fictional but is closely based on the life of Solomon Wiseman, a lighterman on the river Thames, who was transported to Australia for stealing timber.
The book follows his story from convict to businessman, landowner, and wealthy emancipist. However it is much more than that. We share his wife's struggles with loneliness and isolation and see the different responses of European settlers to the enormous challenges of life in a new land.
Most importantly, we see the clash of two cultures, so different from each other that conflict is inevitable and tragic.
Read the book, then visit Wiseman's Ferry. You will see history with new eyes.
Read more
One person found this helpful
Helpful
Report abuse

Zermatt
3.0 out of 5 stars Fascinating but gruesome
Reviewed in Australia on 12 January 2021
Verified Purchase
A frank account of early life in Australia, sadly I had to set the book aside after reading about 2/3 of it, as I couldn’t take the violence and gore.
Read more
Helpful
Report abuse

Megisti
4.0 out of 5 stars Stark and brutal whilst descriptively beautiful
Reviewed in Australia on 4 February 2021
Verified Purchase
Important for some of its seminal moments including the treatment, by the Thornhill’s, of perceived “lesser” beings - white and black; and the realisation by Sal that the blacks had indeed been on the land and treated it with the hallmarks of occupation/ownership prior to the arrival of the Thornhill’s.
Read more
Helpful
Report abuse

Brad Butwell
5.0 out of 5 stars Pioneer convict carves new life in wild country
Reviewed in Australia on 18 August 2015
Verified Purchase
Every so often an author comes along who really grabs my fancy. Kate Grenville is one of those . I enjoyed her story of life in early Australia and the hardships our early settlers had to deal with. Unfortunately, present day Australians have no idea of the history of our own country, let alone the thousands of years of living of the original dwellers of this vast land. I shall now hasten to read the other two in the trilogy
Read more
One person found this helpful
Helpful
Report abuse

Amazon Customer
5.0 out of 5 stars An engaging story that leaves one contemplating the fate of both Convicts sent to Australia and the displaced Aboriginals.
Reviewed in Australia on 29 June 2014
Verified Purchase
I thoroughly enjoyed this historical fiction - particularly as I have read other non fiction covering the same time and historical events that focused on the incredible and sadistic cruelty inflicted onto the Convicts themselves by the British system.

Greenville's book however builds the story of convict William Thornhill and his wife, their transportation and eventual building of a family and a future in the profoundly unfamiliar landscape of Australia. Woven into the story is the conflict with the indigenous resident population who ultimately cant resist the inevitability of the settlement of their country.
The descriptions of the Hawkesbury are so perfect to one who has been on that river I could visualise every bend of the river. I am looking forward to reading the other books by this author.
Read more
2 people found this helpful
Helpful
Report abuse
See all reviews

Pomegranate
4.0 out of 5 stars An Evocative and Vivid Read
Reviewed in the United Kingdom on 1 March 2020
Verified Purchase
This is an excellent story of what life could be like for those unfortunate enough to be transported to Australia, often for only a minor crime. The voyage itself could be arduous and the author gives us a quirky cast of travel companions. If you like reading about the triumph of love and determination and you enjoy history, I recommend this book for you.
Read more
2 people found this helpful
Report abuse

P R Starling
5.0 out of 5 stars The Secret River
Reviewed in the United Kingdom on 9 October 2019
Verified Purchase
Having seen the live show I just had to buy this book about the Secret River. I truly was moved by the live show. Totally gripped by the book. Kate Grenville is an amazing writer, I can not wait to read more of her books. Well worth reading i would recommend it to others to read, once I started reading it I couldn't stop. Well done Late Grenville
Read more
3 people found this helpful
Report abuse

Pauline, Bristol
3.0 out of 5 stars Good start, horrific ending
Reviewed in the United Kingdom on 4 May 2015
Verified Purchase
This book had a good start about life in the poor streets of London, the hardships and unfairness of those on the breadline.
The main character(convict) and his wife are shipped off to Australia and eventually they earn their freedom (of sorts) after much hard work. They assume a plot of land and work to be self sufficient (still in Australia, but in the wilds), however the locals are not happy with the settlers.
I won't spoil the story but the horrific slaughter of the black locals is sickening. I felt that it was unnecessarily long and graphic. I hated the ending, hence the mixed review and rating.
Read more
8 people found this helpful
Report abuse

Steven
4.0 out of 5 stars A slow burner but worth it!
Reviewed in the United Kingdom on 12 August 2011
Verified Purchase
I've read some of the other reviews here and absolutely agree with them.

It took a while to get going (indeed, my mate got half way through and gave up). That said, the earlier part is interesting, but just a little slow. However, it really grabbed me as I had to start making decisions with Thornhill about what was the right thing to do.

The author balanced the argument very well - it was never black and white, if you'll excuse the pun. On the one hand, the settlers like Thornhill didn't want conflict with the natives, they'd worked hard and sacrificed much to gain the pitifully small amount they had, they were fighting against the odds to survive in an environment they just didn't understand and were so ill equipped for; so you feel enormous sympathy for them when the natives steal their crops. However, the author never lets you forget that the land belongs to the natives, they are indeed a part of it as much as the trees, the rocks and he soil are a part of it. It's their land that has been stolen from them.

"You give a little, you take a little." Blackwood's advice is so pertinent to us all in this global world. We must try to live in harmony with other people, even if they're different from us and we don't really understand. Had Thornhill sectioned off a piece of his land for the natives, shown them how to cultivate it to grow plentiful supplies of their daisy roots, maybe they'd have shown him how to kill a kangaroo and before they'd known it, they'd have been living side by side, each becoming more successful in their turn.

One other thing worth a mention - the author creates an incredibly vivid sense of place. You can feel and smell it. You understand how Thornhill becomes so strongly emotionally connected to it. It's just just that it's the first thing in his life he's ever been able to call his own; it's the magnificent beauty of the place. But not just beautiful - so potentially dangerous and so incredibly difficult for man to tame.

Woodstock
5.0 out of 5 stars HEARTBREAKING AND INSPIRING
Reviewed in the United Kingdom on 16 May 2015
Verified Purchase
I first read this when it was published and loved it - heartbreaking and inspiring in turns.
An emotional read as it describes what life was really like for the first 'settlers' (convicts etc) in Australia and the impact they had on the indigenous aboriginal population. It's a part of the history of both countries that should never be forgotten.
I'm reviewing it again now having downloaded it onto my Kindle (originally bought it in paperback). There's been so much publicity about the BBC's Banished that I thought I'd read the novel again. Well, sorry, I wasn't impressed by Banished and only watched the first episode. If you really want to understand what life was like, then read this!!
Incidentally, Kate Grenville also wrote a book called 'Searching for the Secret River' - well worth reading as it is the story behind the actual novel.
Read more
3 people found this helpful
Report abuse
See all reviews
Back to top
Get to Know Us
Make Money with Us
Let Us Help You
And don't forget:
© 1996-2021, Amazon.com, Inc. or its affiliates