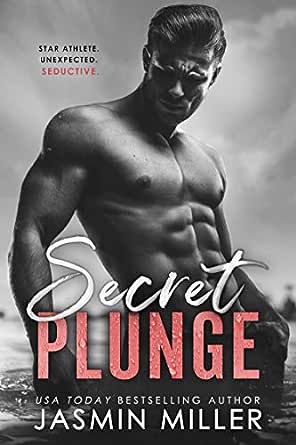 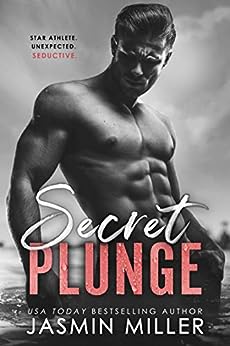 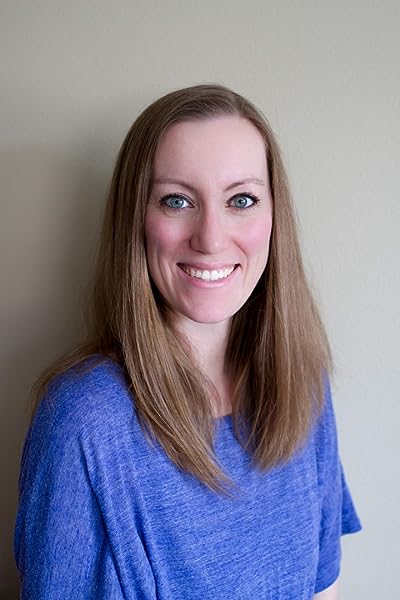 Pepe71
TOP 1000 REVIEWER
4.0 out of 5 stars Well-aged version of a wet dream
Reviewed in Australia on 26 July 2020
Harper has had a pretty sh1tty year, including a divorce from her ex-husband Ben (whom she’d been with since high school), losing her job, and having to move back in with her mum. Harper and her friend Tara are out on New Year’s Eve in New York, when Ryan walks into the bar with his friend Beckett. Tara goes home with Beckett, and Ryan offers to buy Harper another drink - which she accepts.
They finally leave the bar together and are going to his hotel room. She’s never had a one-night stand, but they’re all over each other in the elevator, He makes her feel cherished, treasured and desired – quite the combination! It was a night full of passion she’s never experienced before. However, a few weeks later, she has a handful of special sticks in her hand that are going to change her life.
Worried about her ‘situation’, she goes for a walk to try to clear her head. She sees a billboard with Ryan’s picture on it, giving her some clues as to who he could be. When she finally works it out, she decides to go to California to see her Dad, who lives in Northern California. That’s where Ryan happens to live too. Another coincidence though, is that her dad is also Ryan’s swimming coach!
While she’s there, she pays Ryan a visit and tells him her news. He’s shocked but isn’t totally appalled by the idea. They both share an undeniable attraction, but are hesitant to make a move. Besides, Harper hasn’t been upfront about who she is, in relation to his swimming coach. Ryan made it clear he doesn’t mix business with pleasure. That may not bode well for Harper, and her hopes for a real family for her baby.
They both fly back and forth to see each other, but things are not all smooth sailing – especially when he finds out who her dad is. He’s furious she didn’t tell him, and they have a big falling out. They’re both hurt but too stubborn to try to fix things straight away. But they do eventually work towards apologising, and trying to explain themselves. People get emotional and react poorly sometimes, so the circumstances were really believable. Their story is definitely worth a read!
So, what is it about swimmers? The other book I read of this author’s was called ‘Fresh Meet’. If you haven’t read that, be sure to give that a go too! I give this book four and a half stars.
I received a free copy of this book via Booksprout and am voluntarily leaving a review.
Read more
Helpful
Report abuse

Wordsoftheroses
4.0 out of 5 stars A sweet age-gap romance
Reviewed in Australia on 5 December 2020
"Sometimes we have to chose the wrong partner first to be able to tell who the right one is. To find our soul’s true mate.”

Secret Plunge is the first book in Jasmin Miller’s new sports romance series. The series follows Olympic swimmers. This was a sweet romance, which I flew through.

Harper is having the worst year. She doesn’t expect much for her News Year’s Plans after her friend drags her out until she meets Ryan. The pair hit it off right away after spending the night together. Weeks later she discovers she's pregnant. To add to her string of bad luck, her dad is her baby-daddy’s swimming coach.

This is an age-gap romance. I love watching Ryan and Harper's romance bloom as they got to know each other.The balance between the steamy scenes and the sweet, humorous scenes is perfect. ⁠
Read more
Helpful
Report abuse
See all reviews

TV
5.0 out of 5 stars This story will make you giddy and keep you falling in love with every page!
Reviewed in the United States on 24 July 2020
Verified Purchase
This story made me giddy because I love surprise baby stories. Plus, add in the age difference and the sweet and sexy athlete and I was all in. Ryan is such a caring romantic guy and wow did I swoon hard. Every girl can relate to Harper in one way or another. These two are such an awesome couple. I love how devoted Ryan was and how he fell for Harper’s beauty inside and out. Whether she was in pjs or a little black dress, she did a number on his heart. You need to read this book for the text messages and the present alone. Secret Plunge will keep you falling in love with every page. Can I have Ryan’s baby?

We meet Harper who’s out with her bff, Tara as she gets ready to move to England. Harper’s divorce was just finalized and Tara thinks that Harper should get out and have sex with someone.

Harper heads out on a date with Ryan Monroe, her dad’s new athlete that’s he’s training. Harper’s dad is a swim coach. Three weeks after their day, Harper finds out she’s pregnant from her one night stand with Ryan.

OMG… I absolutely freaking loved Harper & Ryan. This was my first book of Ms. Miller’s but not my last. After a few ARCs, Fresh Meet will be next
Read more
Report abuse

cj
3.0 out of 5 stars Wow
Reviewed in the United States on 28 July 2020
Verified Purchase
This was a decent story… A little too predictable for me. There just wasn’t a lot of depth to it
Read more
Report abuse
See all reviews
Get FREE delivery with Amazon Prime
Prime members enjoy FREE Delivery and exclusive access to movies, TV shows, music, Kindle e-books, Twitch Prime, and more.
> Get Started
Back to top
Get to Know Us
Make Money with Us
Let Us Help You
And don't forget:
© 1996-2020, Amazon.com, Inc. or its affiliates