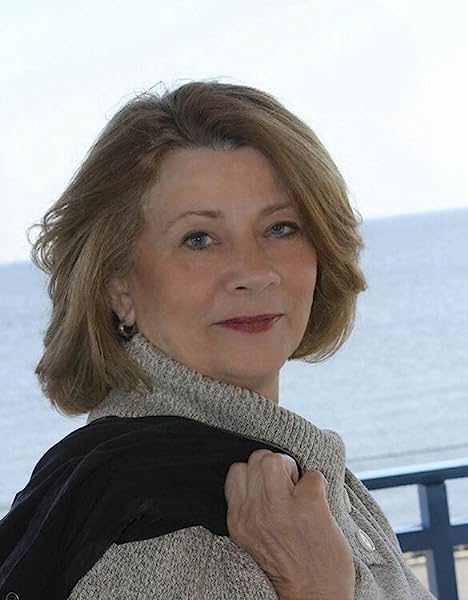 by Shelley Noble (Author)
4.5 out of 5 stars 5 ratings
See all formats and editions
Sorry, there was a problem loading this page. Try again.

Philomena Amesbury, expatriate Countess of Dunbridge, is bored. Coney Island in the sweltering summer of 1908 offers no shortage of diversions for a young woman of means, but sea bathing, horse racing, and even amusement parks can't hold a candle to uncovering dastardly plots and chasing villains. Lady Dunbridge hadn't had a big challenge in months. Fate obliges when Phil is called upon to host a dinner party in honor of a visiting Austrian psychologist whose revolutionary theories may be of interest to the War Department, not to mention various foreign powers, and who may have already survived one attempt on his life. The guest list includes a wealthy industrialist, various rival scientists and academics, a party hypnotist, a flamboyant party-crasher, and a damaged beauty whose cloudy psyche is lost in a world of its own. Before the night is out, one of the guests is dead with a bullet between the eyes and Phil finds herself with another mystery on her hands, even if it's unclear who exactly the intended victim was meant to be. Worse yet, the police's prime suspect is a mystery man who Phil happens to be rather intimately acquainted with. Now it's up to Lady Dunbridge, with the invaluable assistance of her intrepid butler and lady's maid, to find the real culprit before the police nab the wrong one . . .
Read more
Previous page
Next page

Fascinating history about Coney Island ...those with a taste for the madcap will be entertained. --Publishers Weekly

SHELLEY NOBLE is the New York Times bestselling author of Beach Colors, as well as Lighthouse Beach, The Beach at Painter's Cove, Whisper Beach, Stargazey Point, and Breakwater Bay. A former professional dancer and choreographer, she worked on the films Mona Lisa Smile and The Game Plan. She has also published a series of cozies and the Lady Dunbridge historical mysteries, the first of which was a finalist for both the RITA and Macavity Awards for historical fiction. Shelley is a member of Sisters-in-Crime, Mystery Writers of America, Romance Writers of America, and Liberty States Fiction Writers. Noble lives in New Jersey.
Start reading A Secret Never Told (A Lady Dunbridge Mystery Book 4) on your Kindle in under a minute.

As SHELLEY FREYDONT she is the author of the CELEBRATION BAY FESTIVAL MYSTERIES,The Gilded Age Newport Mystery series and the Lady Dunbridge, Gilded Age Manhattan mysteries.

A former professional dancer and choreographer, she most recently worked on the films, Mona Lisa Smile and The Game Plan. Shelley lives near the New Jersey shore where she loves to discover new beaches and indulge her passion for lighthouses and vintage carousels.

K. Self
5.0 out of 5 stars Left me wanting more!
Reviewed in the United States on 3 December 2021
Verified Purchase
Best book in the series so far! While this could stand alone, you will want to read the earlier books and you will understand the characters far better if you do. Download this or order it now. You won’t be sorry!
Read more
Report abuse

NMH
3.0 out of 5 stars Slow read.
Reviewed in the United States on 5 January 2022
Verified Purchase
Nothing like "Murder She wrote" or Downton Abbey . I purchased all 4 books, I'm going to have a hard time getting through the other 3.
Read more
Report abuse
See all reviews
Back to top
Get to Know Us
Make Money with Us
Let Us Help You
And don't forget:
© 1996-2022, Amazon.com, Inc. or its affiliates