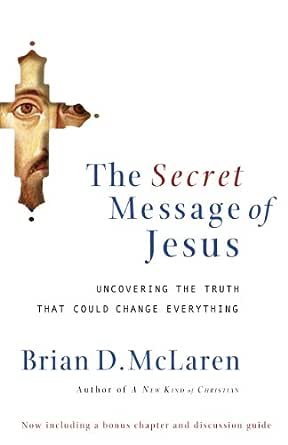 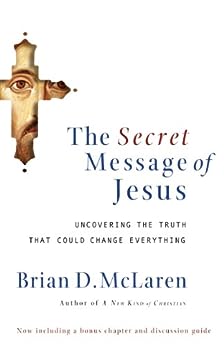 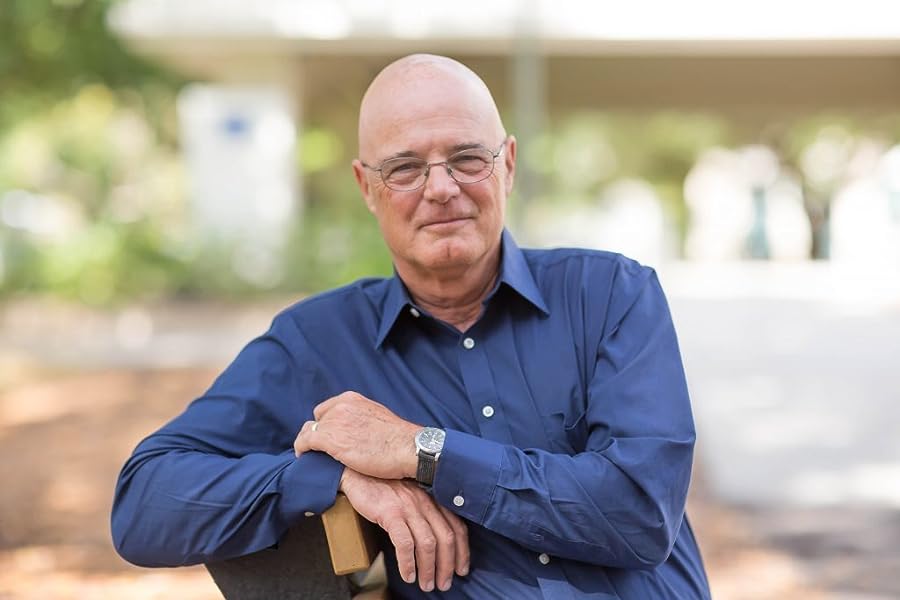 The Secret Message of Jesus: Uncovering the Truth that Could Change Everything Kindle Edition

Brian D. McLaren (MA, University of Maryland) is an author, speaker, activist and public theologian. After teaching college English, Brian pastored Cedar Ridge Community Church in the Baltimore-Washington, DC area. Brain has been active in networking and mentoring church planters and pastors for over 20 years. He is a popular conference speaker and a frequent guest lecturer for denominational and ecumenical leadership gatherings in the US and internationally. --This text refers to the paperback edition.

4.2 out of 5 stars
4.2 out of 5
78 global ratings
How are ratings calculated?
To calculate the overall star rating and percentage breakdown by star, we don’t use a simple average. Instead, our system considers things like how recent a review is and if the reviewer bought the item on Amazon. It also analyses reviews to verify trustworthiness.

CB
5.0 out of 5 stars What Christianity should be about, but mostly isn't
Reviewed in Australia on 7 January 2020
Verified Purchase
One of the best books I’ve read.

As Brian McLaren says in the notes, he was tempted to give it a longer title: "“The Secret Message of Jesus: His Surprising and Largely Untried Plan for Political, Social, Religious, Artistic, Economic, Intellectual, and Spiritual Revolution”, but "Uncovering the Truth That Could Change Everything", is close enough.

To give you a taste of his thinking:

“What if the only way for the kingdom of God to come in its true form—as a kingdom “not of this world”—is through weakness and vulnerability, sacrifice and love? What if it can conquer only by first being conquered? What if being conquered is absolutely necessary to expose the brutal violence and dark oppression of these principalities and powers, these human ideologies and counterkingdoms—so they, having been exposed, can be seen for what they are and freely rejected, making room for the new and better kingdom? What if the kingdom of God must in these ways fail in order to succeed?....

This was Jesus secret message....What went wrong?...How could Christianity have forgotten the Sermon on the Mount and the paradox of the Cross?

Peter
4.0 out of 5 stars Kindle Version is not as shown in the product image
Reviewed in the United Kingdom on 12 January 2017
Verified Purchase
The book is a good read and challenges the reader to examine what Jesus' message was all about. I have several hard copies of the book, which I use for students on our discipleship course and I needed another copy for myself, so I chose a Kindle copy. While the book is great, I was perplexed to find that despite the image on the Kindle version proclaiming that there was an additional bonus chapter and study notes, quite important for me, these very items were conspicuously absent from the Kindle version. Poor show Amazon.
Read more
Report abuse

Mary
4.0 out of 5 stars Challenging book
Reviewed in the United Kingdom on 2 May 2013
Verified Purchase
As usual Brian McLaren swings a curved ball.
I love the challenge and the way he thinks, but got a bit fed up with the repeating title throughout.
Still a great read and a fresh way to look at how we work out our faith in fast changing times.
Read more
Report abuse

M. Pinch
5.0 out of 5 stars Wonderful book
Reviewed in the United Kingdom on 14 February 2013
Verified Purchase
This is very easy and enjoyable to read, while at the same time putting forward interesting ideas, backed up with texts and references. I find it very compelling.
Read more
Report abuse

Amazon Customer
4.0 out of 5 stars O.K.
Reviewed in the United Kingdom on 24 May 2015
Verified Purchase
Book arrived undmaged
Read more
Report abuse
See all reviews
Get FREE delivery with Amazon Prime
Prime members enjoy FREE Delivery and exclusive access to movies, TV shows, music, Kindle e-books, Twitch Prime, and more.
> Get Started
Back to top
Get to Know Us
Make Money with Us
Let Us Help You
And don't forget:
© 1996-2020, Amazon.com, Inc. or its affiliates