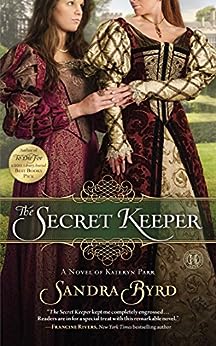 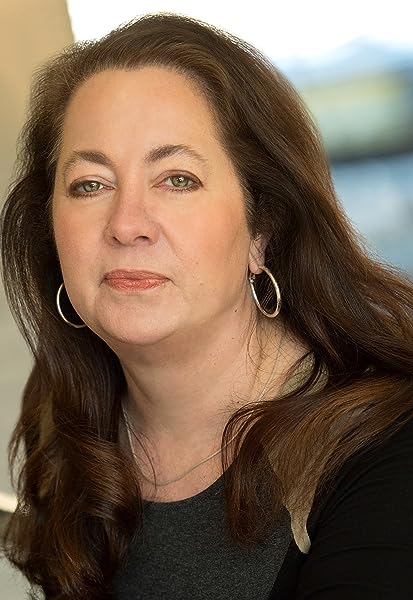 The Secret Keeper is a beautifully crafted story of heartache, love and loyalty. The reader is gifted with glimpses into the lives of many of the key characters of that day: Kateryn Parr, Thomas Seymour, and the young Elizabeth Tudor. The heroine's secrets are compelling, but the biggest secret others have kept from her changes her life. However, it is no secret that Sandra Byrd writes compelling fiction on women's trials and triumphs. Enjoy, but keep a handkerchief nearby.--Karen Harper, New York Times bestselling author of Mistress of Mourning

The Secret Keeper emulates the fast-paced tension of a great romantic suspense novel but relies entirely upon court intrigue to accomplish that pulse-pounding feat. Anchored by the proper but down-to-earth voice of Juliana St. John, the reader remains lip-bitingly engaged in the story and its characters even through the most mundane activities in which they take part. [...] Like its predecessor, The Secret Keeper illumines roles the royals played in the ebb and flow of the English Reformation Movement, but does so in such a suspenseful, romantic fashion that the reader is every bit as entertained as she is educated. [...] I'd be willing to wager that, come December, The Secret Keeper will find a firm ranking on many bloggers' Best Books of 2012 lists -- including mine. The Secret Keeper is simply superb. It grabbed me from the start and never let go. [...] Even readers who shy away from the well-researched historical will get wrapped up in the Tudor trickery and lovely romance within this story. Byrd's tightly woven plot is laced with ever-splicing threads of intrigue that worm their way into your imagination and all but tie the book to your hands. Read it!-- "USA Today"

A young woman with the gift of prophecy becomes entangled in Henry VIII's court in this engaging novel. [. . .] Byrd (To Die For) crafts a well-researched historical novel that engrosses readers in Juliana's world and the juicy details of the Tudor court. [. . .] Anglophiles and history buffs alike will surely enjoy this bird's-eye view into royal politics, love, and scandal.-- "Publishers Weekly"

Atmospheric, dramatic and full of twists, this second title in Byrd's 'Ladies in Waiting' series (after To Die For) is a sure bet for fans of Deborah Vogts and Tudor fiction.-- "Library Journal"

Juliana's character as the main protagonist is both surprisingly fresh and perfectly presented. There is much more to her than a lady's maid, and finding out her secrets as the story unfolds is a great pleasure. Unlike many novels of this kind -- which portray a fictional character in the lead -- this one works very well. A female's place in society is expanded upon, but not so much as to become monotonous and spoil the historical theme.--Historical Novel Society

'How do I love thee? Let me count the ways, ' wrote Elizabeth Barrett Browning long years after the Tudor period of Sandra Byrd's remarkable book, The Secret Keeper. But the poet's words come to mind often as I count the myriad ways I love this story. Exquisite attention to detail of time, language, and place. A deft creation of character voice that invites the reader in and never lets her go. A delicate suspense that keeps pages turning. And throughout, the evidence of a remarkable storyteller who moves emotions in ways that both inspire and satisfy. I fell in love with Juliana St. John and with her heart, and hope she and her secrets find the widest possible audience.--Jane Kirkpatrick, New York Times bestselling author of Where Lilacs Still Bloom

"Rich in historical detail, full of intrigue, and starring a memorable heroine--Juliana St. John--who grows in both character and faith, Sandra Byrd's The Secret Keeper kept me completely engrossed in the tumultuous court of Henry VIII. I felt a part of the times, thanks to the author's skillful storytelling, vivid descriptions, and inspiring characters. Readers are in for a special treat with this remarkable novel."--Francine Rivers, New York Times bestselling author --This text refers to the paperback edition.

Award-winning and bestselling author Sandra Byrd has published four dozen books in the fiction and nonfiction markets, including Mist of Midnight, Bride of a Distant Isle (A Romantic Times Book Reviews Top Pick), and her most recent, A Lady in Disguise. For nearly two decades, Sandra has shared her secrets with the many writers she edits, mentors, and coaches. She lives in the Seattle, Washington area. --This text refers to the paperback edition.

EleanorB
4.0 out of 5 stars Fine historical novel - hoping for many more from Sandra Byrd
Reviewed in the United Kingdom on 11 January 2013
Verified Purchase
I read, thoroughly enjoyed and positively reviewed, Sandra Byrd's previous novel on Anne Boleyn - To Die For. This new one, clearly was a must, and I have not been disappointed at all. The story, the sense of time and place, the characterisations and the plot turns set against known and historically accurate events, are all that one could wish for and I recommend it highly to new readers. Kateryn Parr is famous mainly for having outlived her tyrannical 3rd husband - Henry the Eighth - however, she was also a kind and generous stepmother to his surviving three children, a keen religious reformer (at a time when one wrong move could condemn) and an able queen - having been appointed regent in Henry's absence in France. The key fictional character is Juliana, a close personal attendant of Queen Kateryn, and an engaging heroine with secrets and sadnesses of her own. Her position at Court brings her into contact with the uncompromising Mary Tudor, the complex and challenging Elizabeth and the fragile Edward, heir to the Tudor dynasty.

This novel gives Henry's last wife a well rounded, but not saintly, personality who despite plotting by unscrupulous churchmen at the heart of Tudor politics both religious and secular, survives into widowhood and freedom. The secrets that Juliana finds herself having to keep cause her great worry and personal distress, but they lead ultimately to an extremely clever and plausible ending to this pacy tale.

Mrs Hayley Gudgin
5.0 out of 5 stars wonderfully evocative!!
Reviewed in the United Kingdom on 24 June 2012
Verified Purchase
Once again Sandra Byrd has transported us to the Tudor court with characters that come to life as you read them. I instantly loved the main character and woke wondering what had happened to her while I slept.
I found myself drawn into the court of Queen Kateryn and the changes and dangers that the 'new' faith brings with it.With such a turbulent time in the churchs' history it is refreshing to see it from the inside point of view with all the dangers and struggles that involves. It would be easy for the story to become dry containing so much information regarding the church yet it is anything but. Each character is not only interesting but invested in the goings on and I found I became invested with them.
This was one of those books that while you avidly read it to the end you feel sad that it is over already. My remedy was to start again!!
Read more
One person found this helpful
Report abuse

amy18smith
4.0 out of 5 stars *SPOILER ALERT * Amazing story, absolute must read!
Reviewed in the United Kingdom on 31 January 2013
Verified Purchase
I thought this book was fabulous, the protagonist was a lovely person to read about. Although Juliana is a fictional character I really did feel like I was apart of the Tudor Court. We get to see how Katherine Parr lived and what her relationship was like with Henry and also what happened after he died. I also enjoyed the fact that we got to see a snippet of what happened with Margaret Wyatt from "To Die For". All in all a very good read, I would just liked to have found out if Juliana did end up bearing any children.
Read more
One person found this helpful
Report abuse

CPNorth
5.0 out of 5 stars Good book.
Reviewed in the United Kingdom on 14 October 2013
Verified Purchase
A well researched book bringing the intriguing Tudor period to us readers. An enjoyable tale which leaves you wondering "I wonder what DID become of Mary. .
Read more
One person found this helpful
Report abuse
See all reviews
Back to top
Get to Know Us
Make Money with Us
Let Us Help You
And don't forget:
© 1996-2021, Amazon.com, Inc. or its affiliates