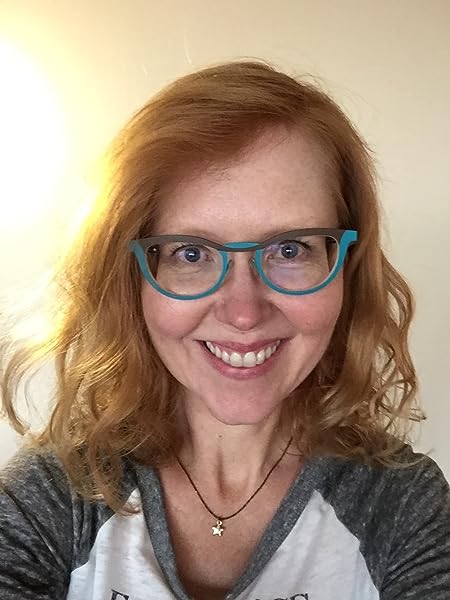 Jennie Lucas's parents owned a bookstore and she grew up surrounded by books, dreaming about faraway lands. At twenty-two she met her future husband and after their marriage, she graduated from university with a degree in English. She started writing books a year later. Jennie won the Romance Writers of America's Golden Heart contest in 2005 and hasn't looked back since. Visit Jennie's website at: www.jennielucas.com

The eBook Investigator
4.0 out of 5 stars Really like this book
Reviewed in the United States on 5 February 2020
Verified Purchase
Prince Cristiano Moretti met Hallie Hatfield when she was working as a cleaner at his hotel. He was immediately drawn to her. She was young, naive and had been secretly in love with Cristiano for a year. She thought all her dreams of a future with him were coming true. After the Prince got what he wanted from young Hallie he not only kicked her out of his bed at midnight but put her on the streets and had her fired so he wouldn't have to run into her again. Not because he didn't like her but because he liked her too much! When Hallie opened her severence package she found a check written by Cristiano for 100,000 pounds paying her for her virginity, she thought. He was such a cruel jerk and very hard to like until later, much later in the book.

It has been a year since the night Cristiano seduced his employee, Hallie, and she has gone to find him to ask for financial support for their son. The first look she gets of him is him walking down the lovely staircase to the first floor of his opulent hotel with a beautiful model by his side. Let's not forget he kicked her out of bed because he saw love in her eyes, kicked her out of the hotel, had her fired and left her alone, pregnant, jobless and homeless. We are all aware that it is difficult for a pregnant woman to seek employment. People just don't want to hire them. What a guy!!! He referred to her as the biggest mistake of his life. I wanted to take my trusty-rusty nail clippers and snip him bit by bit until his manhood was no longer existant.

SAFETY
I want to correct what I wrote after my first read through. I had said I didn't think the hero had been celibate during their year apart but didn't know for sure. Then later in the book there is something the hero thinks and it now leads me to believe he was celibate. "After a year his restraint could end. At last he could claim his prize. He pulled her into his arms. Lowering his head, he crushed his mouth to hers." I have read this whole series many times and I didn't catch that until I had read it several times. I also think he was celibate because in the free short story on Harlequin Online Read, which is book 0.5, plus the other two full length books every hero was celibate for the year they were apart. I think that is enough to assume he was. In the others they all came out and said so. So I am going to go with 'celibate hero' because it makes sense. It follows the path of the other three books plus what the hero had been thinking when he said, "After a year his restraint could end." I wanted to clarify that because a lot of my reading friends don't like to read about heroes who return to their manwhore status after they meet 'the one.' I no longer believe he did. The woman the h saw him with at the beginning of the story we later find out they are friends-only but she wants more - he does not.

No cheating
Heroine had been a virgin. H her one and only.
No OW/OM drama.
Read more
Report abuse

S. Customer
1.0 out of 5 stars Pollyanna on steroids
Reviewed in the United States on 7 July 2018
Verified Purchase
I was excited for this book. The premise was great but the h was the worst part. I get it she is young and virginal but honestly in this day and age and after supposedly living in new York for 5 years no one is that naive. The heroine acts like she fell off the turnip truck. Yes some innocence is required but the way she kept going on about her shack in the backwoods of West Virginia was really annoying. If it's so great go back there and marry a local and never bother us again.
Read more
One person found this helpful
Report abuse

AmazonianCat
3.0 out of 5 stars Just ok
Reviewed in the United States on 26 March 2020
Verified Purchase
There are a LOT of flaws in this story. Hallie is a bit TOO much of a good ole girl. You rich husband buys you a house on the AMALFI COAST and you complain? Really? I get that Cristiano is an a$$ but he does try on several occasions and she tends to complain because it's too wonderful? Hmmm. Not the best of the three.
Read more
Report abuse

Carmen
5.0 out of 5 stars Great read
Reviewed in the United States on 2 July 2018
Verified Purchase
Love Jennie Lucas books. Her “h are strong and sweet. The “H” are alpha males with issues but come to love the “h” in the end. Looking forward to the next book by Ms. Lucas.
Read more
Report abuse

nps rates book
4.0 out of 5 stars Good
Reviewed in the United States on 21 July 2018
Verified Purchase
I really liked this story. I found that she should have let him suffer a bit to the end though.
Read more
Report abuse
See all reviews
Back to top
Get to Know Us
Make Money with Us
Let Us Help You
And don't forget:
© 1996-2021, Amazon.com, Inc. or its affiliates