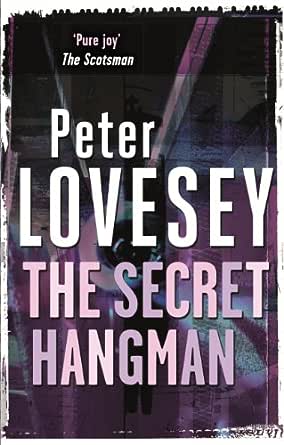 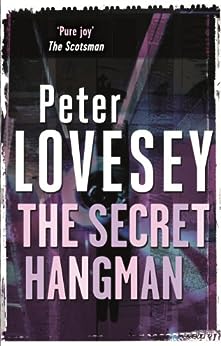 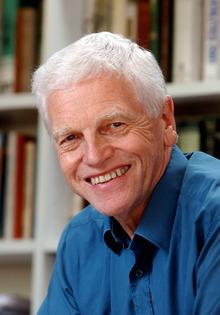 Peter Lovesey, the author of more than thirty highly praised mystery novels, has won the British Crime Writers Association Silver and Gold Dagger awards as well as the Diamond Dagger for Lifetime Achievement and the Strand Magazine Lifetime Achievement Award in 2014. In the United States, he has received Edgar and Dilys nominations, an Anthony Award and a Macavity Award, and the Ellery Queen Readers Award, among others. In 2018, he was named a Mystery Writers of America Grand Master.

Praise for THE CIRCLE: 'Lovesey's writing is lucid and succinct, and he is a consumate story-teller.' Colin Dexter 'Pure joy.' The Scotsman 'Phone-off-the-hook time.' The Independent --This text refers to an alternate kindle_edition edition.

When it comes to a classic British puzzle mystery . . . Peter Lovesey is your man - New York Times Book ReviewA consummate storyteller - Colin DexterPeter Diamond may be my favourite fictional police detective - perky, dogged and very clever - The Scotsman --This text refers to an alternate kindle_edition edition.

Peter Lovesey was born in Middlesex and studied at Hampton Grammar School and Reading University, where he met his wife Jax. He won a competition with his first crime fiction novel, Wobble to Death, and has never looked back, with his numerous books winning and being shortlisted for nearly all the prizes in the international crime writing world. He was Chairman of the Crime Writers' Association and has been presented with Lifetime Achievement awards both in the UK and the US. --This text refers to an alternate kindle_edition edition.

From the author of the highly popular Peter Diamond series comes this thrilling tale of mystery, mayhem and murder most foul. --This text refers to an alternate kindle_edition edition.
Read more

4.4 out of 5 stars
4.4 out of 5
93 global ratings
How are ratings calculated?
To calculate the overall star rating and percentage breakdown by star, we don’t use a simple average. Instead, our system considers things like how recent a review is and if the reviewer bought the item on Amazon. It also analyses reviews to verify trustworthiness.

susie elmes
5.0 out of 5 stars A good who dunit
Reviewed in the United Kingdom on 24 November 2012
Verified Purchase
As usual I enjoyed this Peter Lovesey novel, trying to guess the outcome and then being surprised. The story flows well with plenty of suspence and and well written. You can't see the cogs whirring or find glaring errors in what you read. A good who dunit.
Read more
4 people found this helpful
Report abuse

Brainfudge
5.0 out of 5 stars Puzzling to the end.
Reviewed in the United Kingdom on 24 August 2013
Verified Purchase
Another great read from Peter Lovesey in his Diamond series. Convoluted plot and the usual unexpected twist in the tail.
Read more
One person found this helpful
Report abuse
See all reviews
Get FREE delivery with Amazon Prime
Prime members enjoy FREE Delivery and exclusive access to movies, TV shows, music, Kindle e-books, Twitch Prime, and more.
> Get Started
Back to top
Get to Know Us
Make Money with Us
Let Us Help You
And don't forget:
© 1996-2020, Amazon.com, Inc. or its affiliates