Skip to main content
The Secret of Excalibur (Wilde/Chase 3) and over 1.5 million other books are available for Amazon Kindle . Learn more
Share <Embed> 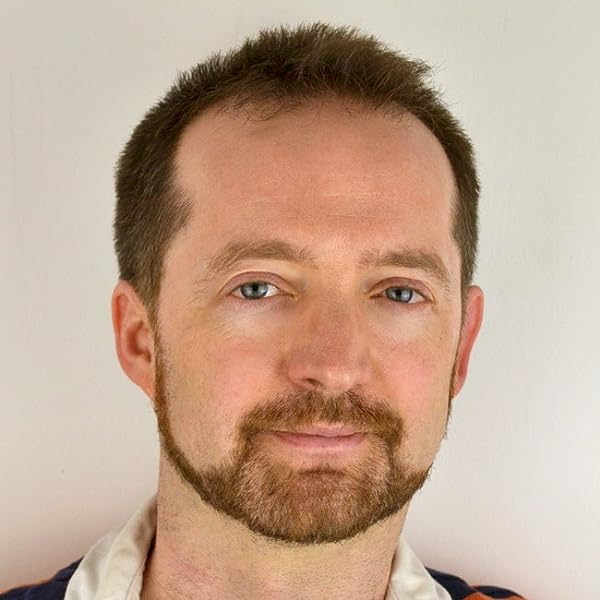 Page 1 of 1 Start overPage 1 of 1
Previous page
Next page
Start reading The Secret of Excalibur (Wilde/Chase 3) on your Kindle in under a minute.

Andy McDermott works as a freelance writer (and occasional cartoonist) and in a previous incarnation was magazine editor for, amongst others, DVD Review and the iconoclastic film magazine Hotdog.

Andy McDermott is the bestselling author of the Nina Wilde & Eddie Chase adventures, which have been sold in over 30 countries and 20 languages. His debut novel, The Hunt For Atlantis, was his first of several New York Times bestsellers. He has also written the explosive spy thriller The Persona Protocol. His latest thriller series begins with OPERATIVE 66, about a government assassin who finds himself hunted by his own side. He is already working on the sequel.A former journalist and movie critic, Andy is now a full-time novelist. Born in Halifax, when not travelling the world researching locations for his novels he lives in Bournemouth with his wife and son.

4.5 out of 5 stars
4.5 out of 5
290 global ratings
How are ratings calculated?
To calculate the overall star rating and percentage breakdown by star, we don’t use a simple average. Instead, our system considers things like how recent a review is and if the reviewer bought the item on Amazon. It also analyses reviews to verify trustworthiness.

FAYE_WACELTIQUE
5.0 out of 5 stars Awesome!
Reviewed in Australia on 9 August 2016
Verified Purchase
A new twist on Excalibur, the myth, the legend. High speed chases across the Northern Hemisphere for the ultimate prize, earth energy.
Read more
Helpful
Report abuse

Amazon Customer
5.0 out of 5 stars Very good
Reviewed in Australia on 7 March 2016
Verified Purchase
Once again a very thrilling book kept you in suspense all the way through it was truly amazing thank you
Read more
Helpful
Report abuse

Amazon Customer
5.0 out of 5 stars Love the hunt and you to keep read
Reviewed in Australia on 21 November 2018
Verified Purchase
Read all his books just like Matthew really love his too have every one of his books to
Read more
Helpful
Report abuse

Roger McIntyre
5.0 out of 5 stars Great adventure
Reviewed in Australia on 14 January 2016
Verified Purchase
This was an enthralling read. The right amount of suspense with twists that keep you hooked into the story from start to finish.
Read more
Helpful
Report abuse

Amazon Customer
5.0 out of 5 stars Adventure to the max
Reviewed in Australia on 16 July 2017
The Eddie Chase and Nina Wilde series is one of my favourites :) every single story has you hooked from the first word!
Read more
Helpful
Report abuse
See all reviews

Kindle Customer
4.0 out of 5 stars pure escapism
Reviewed in the United Kingdom on 1 June 2019
Verified Purchase
An interesting mix of fact, fiction and myth. It's in the "boys own style" of adventure with corny jokes every few pages. However I did struggle a bit with the number of scrapes Nina and Eddie got into 2 or 3 maybe but after that it did stretch credibility somewhat. If you're looking for something to distract you for a few hours, this could be for you.
Read more
Report abuse

Young- lecky
5.0 out of 5 stars Great reading
Reviewed in the United Kingdom on 30 March 2014
Verified Purchase
If you like films that are slightly far fetched, like Die Hard, where one man is more than any normal man, this is a book for you. action packed and a great story line.

It's not essential, but I'd advise starting at the start of this line of books as they have the same character all the way through them and gives you more of a back story.

after you read this, you'll want to read the next book
Read more
Report abuse

wynn williams
4.0 out of 5 stars Another good book
Reviewed in the United Kingdom on 12 January 2018
Verified Purchase
So another myth busted, that is the myth about King Arthur busted its reality, well it would be nice to think it 😃 I do get the feeling that the president is based on Trump though!!!
Read more
Report abuse

Kindle Customer
5.0 out of 5 stars Great Read and a definite Myth-chaser
Reviewed in the United Kingdom on 16 April 2010
Verified Purchase
This is another great book in the Mcdermott Nina and Chase saga - I loved all the others and red them in order which helps build up to the climax of each book and leaves you desperate to get your hands on the nex The Secret of Excalibur (Nina Wilde/Eddie Chase 3) t. This is a book made for widescreen - who nows but with enough imagination you are there follwing every exciting twist and turn. see also The Covenant of Genesis (Nina Wilde/Eddie Chase 4)
Read more
Report abuse

Amazon Customer
5.0 out of 5 stars Excellent
Reviewed in the United Kingdom on 16 January 2019
Verified Purchase
Loved this book - as brilliant as the rest of the series!
Read more
Report abuse
See all reviews
Back to top
Get to Know Us
Make Money with Us
Let Us Help You
And don't forget:
© 1996-2021, Amazon.com, Inc. or its affiliates