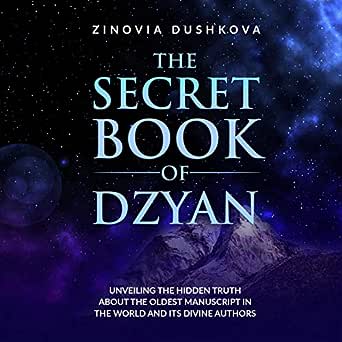 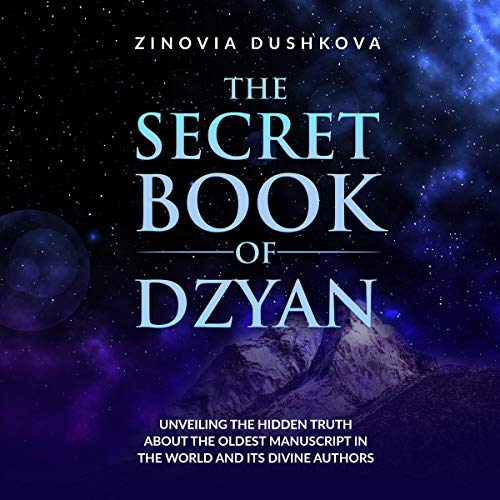 The Secret Book of Dzyan: Unveiling the Hidden Truth about the Oldest Manuscript in the World and Its Divine Authors

4.2 out of 5 stars
4.2 out of 5
826 global ratings
How are ratings calculated?
To calculate the overall star rating and percentage breakdown by star, we don’t use a simple average. Instead, our system considers things like how recent a review is and if the reviewer bought the item on Amazon. It also analyses reviews to verify trustworthiness.

Tonester
2.0 out of 5 stars Click bait
Reviewed in Australia on 15 October 2019
Verified Purchase
Sorry but there was not much to get excited about here. Would have been good to have a lot more about the actual content of The Secret Book of Dzyan...
Read more
2 people found this helpful
Helpful
Report abuse

werni
1.0 out of 5 stars It was a waste of reading time
Reviewed in Australia on 23 December 2020
Verified Purchase
Nonsense not worth reading
Read more
One person found this helpful
Helpful
Report abuse
See all reviews

Kindle Customer
1.0 out of 5 stars Sorry, but seems through & through delusion, to me. : (
Reviewed in Canada on 31 January 2020
Verified Purchase
I am a guy who recovered soul-memories of other soul-days,
or as we call them, "lives",
though it took years,
before I gained the understanding that those memories were other kinds of lives...

Right then, the ingrained-assumption that no lives except "human-shaped" lives
had souls, went up in flames.

That took me years to adjust to ( parents were Christian ).

So, when I say that this is delusion,
I am saying so from a perspective that is probably far
weirder than any conventional-western-view

( Universe recycles ALL substance in it,
material-energy & meaning/mind-energy,
hence the sow-reap Law named, in the East, "karma" ..
materialists "who know that knowing cannot exist"
can take their gaslighting elsewhere. )

The most infectious lies are the lies *our unconscious* wants to be true.

That is why so many of the misleading "new age" stuff suggests we are superior, or special,
or suggests we are very near Ultimate Realization, or
claims that Some Immensely Special Hierarchy is intervening just for us...
all reeks of MLM-style grooming, if you know what I mean...

In my experience LivingSpirit, who is Allgod's universal & limitless speech,
doesn't set up any BS hierarchy, rather brings individuals into contributing,
& NO-one can be claimed to be inherently-superior or inherently-inferior!

In a specific question, someone may be inferior or superior,
but not inherently,
like the "birthright" privelege/monarchy nonsense pretends...

iow, Allgod is so infinite that if it wants to communicate with you,
it can do so through ANY life!

If some important human lessons have gotten into us through insects, or fish,
is that because Allgod wouldn't ever lower itself to such means,
or is it because it is so far beyond matter that it can reach through
ALL things without being contaminated by matter's "shadow": ignorance/ignosis?

Blavatsky ( this book claims Blavatsky is the best informant of our past ) muddled much up.

You want REAL Wisdom? Dig into Elisabeth Haich.
More Wisdom in her unfortunately-named ( because western prejudice orders "valid" people to
not even consider reading it ) "Wisdom of the Tarot",
which is the profoundest psychology book in the entire English language.
It is about the "shuffleable" stages of human-life's unfolding development!

You want profound wisdom, dig into Huston Smith's "World Religions, anniversary edition"!
if you find college books difficult, that one may be tough, but it is SO worth it!

Try "Dwelling in the Mirror" or something like that, by Abbot George Burke!
( he gets 1 thing profoundly incorrect: there are 2 kinds of natures,
moderate-path people, for whom the steep path is deadly-poison,
but there are also lives for whom the moderate-path itself is deadly poison!
How could that be?
Moderate-path *assumes that Eternity is a friendly home*,
whereas some of us have too much hell-experience & are
desparate to rip our souls from perpetual-imprisonment in matter's "lives"!

He's Hindu, though, & that seems to be a normal Hindu assumption?

I'm old-testament buddhist, so ripping my soul free from its hell-in-this-human-life is need.

I do not trust anything in this book.

I found it to be "convenient" that the sample cut-off just before the treacherous stuff began...

I have no problem with you, or the author, or anyone, or even EVERYone, other than "me"
believing in this,
but please try the ones suggested above,
& Thomas Ragland's "Eightfold Path of Christ",
or "Jesus Turns the Dharma Wheel",
or whatever it"s called
( important book! )

& also try "The Evolution of God", by whomever, an athiest,
who sees evidence of what could comically be called "intelligent design" in
the evolution of the Abrahamic religions, themselves,
through thousands of years!

For healing, please also try these:
"Yoga for YOUR Type"
"Ayurvedic Healing, revised" both by Dr. Frawley.
the Ayurveda book contains ingredients-lists for the different metabolisms/doshas,
so if you want HEALING food, it is magic help. ( :

Also, "Magical Passes" by Carlos Castaneda,
a book of yoga that acts directly on one's energy-body,
& "The Sorcerer's Crossing", by Taisha Abelar, both contain important truths...

H. Wainwright
5.0 out of 5 stars Excellent little book
Reviewed in the United Kingdom on 12 January 2020
Verified Purchase
Provides answers in a profound sort of way so should be useful for all seekers of the truth. For me, it verified several aspects of my energy work and cleared up a few loose ends.
Read more
4 people found this helpful
Report abuse

G Manning
2.0 out of 5 stars Very Short 'Book"
Reviewed in the United Kingdom on 16 December 2020
Verified Purchase
Interesting start, then it quickly descends into nothing and reveals little if
anything about the actual text from the book itself. Last few dozen 'pages' are a cheat
with no content - just links and endless ads, not impressed!
Read more
2 people found this helpful
Report abuse

lanie
5.0 out of 5 stars Amazing read
Reviewed in the United Kingdom on 4 July 2020
Verified Purchase
Excellent read. I appreciate all the knowledge I have received from this book.
Easy to understand and will keep you wanted to learn more
Read more
One person found this helpful
Report abuse

Amazon Customer
5.0 out of 5 stars Informative and understandable
Reviewed in the United Kingdom on 9 July 2020
Verified Purchase
A very readable book,it doesn't burden the reader with page after page of unnecessary chapters.
Informative,to the point,I'd recommend to anyone interested in this subject.
Read more
2 people found this helpful
Report abuse
See all reviews
Back to top
Get to Know Us
Make Money with Us
Let Us Help You
And don't forget:
© 1996-2021, Amazon.com, Inc. or its affiliates