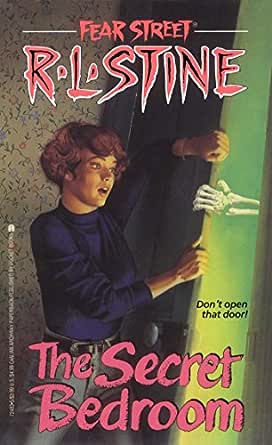 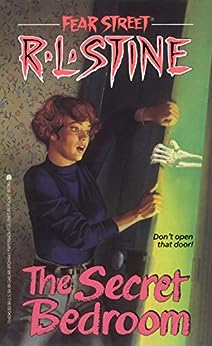 Lea Carson can’t believe it when her family moves into the creepy old house on Fear Street. Creepiest of all is the secret room up in the attic.

The room has been locked and boarded up for at least a hundred years. A murder was committed in that room, the story goes, and it has been closed up ever since.

Lea knows she should stay away. But she thinks she hears footsteps inside the secret room. And voices.

Someone—or something—is waiting for Lea in there.

Should she open the door?

R.L. Stine is the massive bestselling Young Adult horror writer, and with over four million copies in print of Fear Street titles, he is often attributed with inventing the teen horror genre. His hugely successful Goosebumps series became a worldwide multimedia phenomenon, and has sold more than 250 million copies. R.L. Stine lives and works in New York.
click to open popover

S. H. Townsend
5.0 out of 5 stars LOVED IT!!!!
16 February 2014 - Published on Amazon.com
Verified Purchase
Of course, I'm biased. I read this book during high school. It was the first R. L. Stine book I have ever read. The girl on the cover looked exactly like me when I was in high school, and that's what prompted my interest in checking it out from the school library. I have always had dreams of secret rooms and secret passage ways, so the title was the second thing that prompted my interest. I checked it out, read it repeatedly until it was due back, and bought a hard copy, although I have no idea what happened to it, but when I found it today on Kindle, I was beyond the valley of thrilled! Again, I read it cover to cover in one sitting.
Read more
2 people found this helpful

Suzanne Duff
5.0 out of 5 stars Nostalgic Reread,
4 February 2019 - Published on Amazon.com
Verified Purchase
I remember loving this book back in 6th grade (1993) and now, with my own teenager, I decided to read it again, and LOVED it! It's one I'd read again. (Just like The Stepsister- same experience!)
Read more

Kindle Customer
4.0 out of 5 stars Very suspenceful
31 October 2017 - Published on Amazon.com
Verified Purchase
Its not the best but I like it its very creative I recommend this book to any one who loves horror. 👻
Read more

Lacey
4.0 out of 5 stars Good Book
14 December 2013 - Published on Amazon.com
Verified Purchase
Like this book by r.l. stine. Must read for young adults. Reminds me of being young again to re-read this.
Read more

Alyssa LaMarsh
5.0 out of 5 stars This is a great book. I LOVE it
3 January 2014 - Published on Amazon.com
Verified Purchase
You need to read this book. I read it a couple of years ago and decided to read it again. It is about a new girl moving into this house on Fear street. As she uncovers the frightening secrets of the house, she receives her fair share of terror and fear. This book will give you chills as R.L Stine describes the gruesome details. It has a surprise ending.
Read more
One person found this helpful
Go to Amazon.com to see all 17 reviews 4.1 out of 5 stars
Get FREE delivery with Amazon Prime
Prime members enjoy FREE Delivery and exclusive access to movies, TV shows, music, Kindle e-books, Twitch Prime, and more.
> Get Started
Back to top
Get to Know Us
Make Money with Us
Let Us Help You
And don't forget:
© 1996-2020, Amazon.com, Inc. or its affiliates