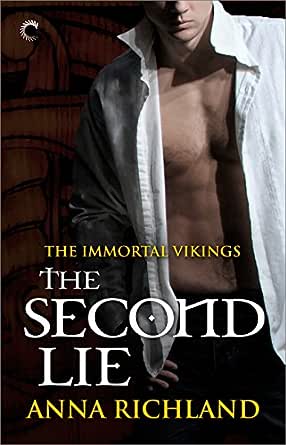 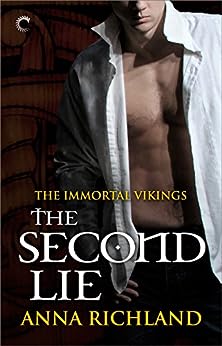 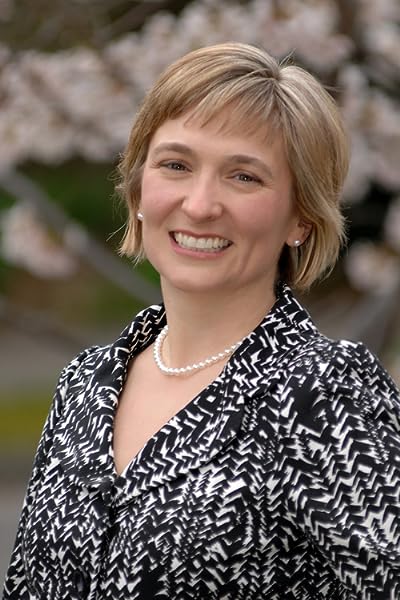 3.9 out of 5 stars
3.9 out of 5
8 global ratings
How are ratings calculated?
To calculate the overall star rating and percentage breakdown by star, we don’t use a simple average. Instead, our system considers things like how recent a review is and if the reviewer bought the item on Amazon. It also analyses reviews to verify trustworthiness.

The Second Lie is a fast paced and delightful novel. Stig is a gentleman thief/conman (think Michael Caine in Dirty Rotten Scoundrels / Brad Pitt in Ocean's 11-13) who also happens to be an immortal Viking. An immortal Viking who gets seasick no less! And our heroine, Christina, is a wine expert who has a big secret of her own.

Stig and Christina have great chemistry and I love their bantering!

"Am I allowed to roll my eyes at you, or does that only go one direction?"

I don't consider The Second Lie to be a paranormal novel -- to me it is a heist/romance novel with a paranormal hero. How Stig and the other Vikings became immortal is really unique and I love it. It's a nice break from all the vampire/shifter books out there.

I laughed while reading this book and at one point got teary-eyed (thankfully I was not reading in public when that happened).

The climax of the novel could easily take place in a James Bond film -- and I mean that in the best way possible.

You could probably get away with reading this as a stand-alone novel but I would recommend that you check out book one, First To Burn. (And don't miss the wonderful novella, His Road Home!)

I love Anna Richland's writing! It's so smart and funny. Her storylines are ambitious and I've really enjoyed her first two books. The Second Lie is a great book and I cannot wait to read more in this series!

The Star Wars reference gets an A+ and Porkchop is a pretty excellent sidekick.

*** I received an ARC from the author for the purpose of an honest review. ***

Debbie Richardson
4.0 out of 5 stars the thief stole my heart
Reviewed in the United States on 24 February 2015
Verified Purchase
What a great story! I really liked this author's ability to tell the tale of an immortal thief on the run with one heck of a lady. I was enticed to read this book by reviews that compared it to Remington Steele, a TV show and concept I loved. I also read a few reviews that were negative, and was curious enough to see which opinions I fell in line with. You just can never tell by reading all the reviews.

I'm happy to say this one pleased me greatly. Yes, there probably were a few problems with the story along the way somewhere, but sitting here having just finished I can't say I can recall any.

I know I read one of the best hot make out scenes I've read in a very long time. Let's just say when you get to the scene in the restaurant where they uncork the precious bottle of wine, make sure you have uninterrupted reading time and a fan. Loved that scene, it managed to be unique which is rare. Also read one of THE BEST lines ever. Can't quote it exactly due to amazon posting rules but it's something like this. "I need a long f___ with a slow man". Brilliant, just brilliant.

I had not read the first book in this series and so I have to say there were some parts where I was not entirely sure what was going on and who some of the characters were. It never detracted from the momentum of the story. That's another amazing thing, really. I was fully able to enjoy this as a standalone.
I loved Stig, our hero. I loved Christina, our heroine. I loved her descriptions of her yoga poses. I loved how she rose to the game when she needed to and didn't fall to pieces. And Stig, the care he took with her was precious.

Loved this book, I will definitely seek out more by this author.
Read more
One person found this helpful
Report abuse

mary clark
5.0 out of 5 stars Great escape read
Reviewed in the United States on 13 February 2015
Verified Purchase
Anna Richland's The Second Lie is full of action and romance, and continues the theme of her first Immortal Vikings book, First to Burn. I was intrigued when First to Burn left off with me wondering if Immortal Viking Wulf's wife would find a cure for immortality. At the end of The Second Lie, I was still wondering if the cure would be found, and if so, would the immortals actually choose that route. I can't wait for the third book to see if the author wraps it all up.
I was impressed with the author's research into colloquialisms of the English, and also her knowledge of wine. Ms. Richland pays attention to the details.
I found the occasional interjections of flashbacks cumbersome, and I had a hard time understanding what was going on at these spots.
This was a great escape read for me. I loved how Ms. Richland tied in to the story of Beowulf , and the feistiness of Christina. I'm still not sure if Leif was killed; after all he is immortal, so will he turn up again in the next book?
Read more
Report abuse

Michael von Loewenfeldt
3.0 out of 5 stars Good read, if not as compelling as First to Burn or His Road Home by the same author
Reviewed in the United States on 20 March 2015
Verified Purchase
I was really looking forward to this book because I am a big fan of First to Burn. And although I do not usually read romance novels, His Road Home was incredible. I had more of a mixed reaction to this book. It is well written and the story moves along quickly. It is creative and interesting, and continues the story from the first book while also presenting its own. But a couple of things made me like it less than Ms. Richland's other two books. First, the relationships in the other two developed over time and in a way that felt more realistic. Here the characters are thrown together and fall in love. That is, as I understand it, a typical trope for the genre, but I didn't buy into their relationship. Second, there are so many levels to the two main characters here, but I did not feel like either Stig or Christina had enough page time or back story to develop those levels. So they seemed a little less fleshed out than the characters from the other books.

Definitely worth reading, and I'm looking forward to the third Immortal Viking book. Just not as compelling as the other two.
Read more
Report abuse

Kindle Customer
1.0 out of 5 stars Impossible to finish
Reviewed in the United States on 11 March 2017
Verified Purchase
I loved His Road Home also by Anna Richland, so I tried this. Umm... No! The hero is so unpleasant you can't imagine why anyone would want to be with him. The plot ridiculous... Not worth your time.
Read more
Report abuse
See all reviews
Get FREE delivery with Amazon Prime
Prime members enjoy FREE Delivery and exclusive access to movies, TV shows, music, Kindle e-books, Twitch Prime, and more.
> Get Started
Back to top
Get to Know Us
Make Money with Us
Let Us Help You
And don't forget:
© 1996-2020, Amazon.com, Inc. or its affiliates