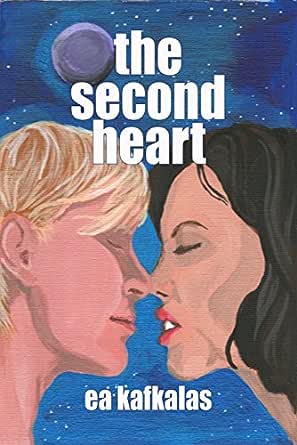 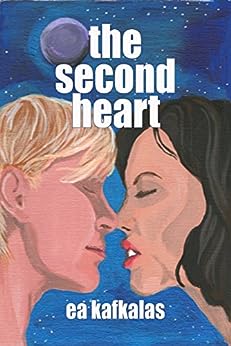 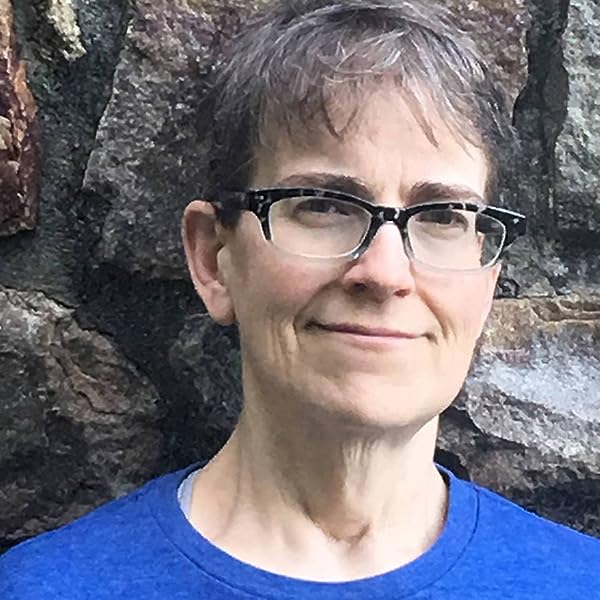 woody
5.0 out of 5 stars A compelling page turner.
Reviewed in the United Kingdom on 23 October 2017
Verified Purchase
Totally loved everything about this book. Kate an Army Major and Allie is from another planet. Allie sent to kill Kate but she couldn’t finish the job and helped her instead. There was so much to keep you hooked from page one, being on the run, the romance between Kate and Allie. The marvellous characters especially the friendship with Indie. Seeing the reaction of first Kate’s family then Allie’s family to their being together. Lots of exciting sci-fi action going on, marvellous end. I read it on one sitting. Awesome book. I would love EA Kafkalas to write a sequel.
Read more
One person found this helpful
Report abuse

Hope Freed, UK
4.0 out of 5 stars Sci-Fi light, but enjoyable nonetheless...
Reviewed in the United Kingdom on 2 October 2017
Verified Purchase
My overall feeling at the end of this was 'Awwww...sweet!' and that wasn't what I was expecting to feel as the story went along. Pluses were that the plot didn't go the way I expected. It started off as a 'chase' but then veered off into an entirely different direction (one could say, onto a different planet!) with each of our two main protagonists forced into a situation in which they get to know one another (and a new character) much better. And then things change again as the 'alien' in that world turns out to be needed!
One of the American reviewers described this as 'Sci-Fi light' and I think that's a good description. More complexity in some of the interesting concepts the author had thought up, would definitely have added to this.
So, although the writing is somewhat simplistic, all in all I quite enjoyed this. And who'd have thought a bit of a 'my childhood' classic at the end would choke me up? Not me, for sure!
Thanks to the 'MyLesfic' site for finding this one for me!

ReadingGrump
2.0 out of 5 stars Good idea, decent basics, but ...
Reviewed in Germany on 31 October 2017
Verified Purchase
Essentially, this is a classic "assassin falls for the target" plot, coupled with "weird alien falls for the earth girl" on top. A solid combination - in theory.

In practice, the interaction between the heroines, as soon as they move away from more serious business to banter, is atrocious. It's supposed to be funny (I think). A Date with Angel does this brilliantly. This is just sad.

Then there's the science. Look - it's scifi. I'm not sitting there and then opening up some speculative science magazines and triple check whether some weird healing crystal thing could be possible or not. It's probably not, but it's clearly meant as this sort of utopian-semi-magic science, so I have no problem with it.

But. The reason the heroine needs to be killed is that she will later become President of the USA, and dump all nuclear weapons Earth has on a space ship and then ... I don't know, just point it somewhere and let it go.

So the pacifistic aliens decide to kill her for it, because their seers (or something) predict that this ship will hit their planet and destroy it.

Despite the galaxy being three galaxies away. Three! Galaxies! It's a mind-boggling distance, and they know exactly that the ship will hit it? It'll arrive after, what, millions of years precisely in path of the planet and crash and destroy everything? Wait, by then the nuclear material would have decayed, so that can't work ...

And forget about all that: how about telling the President to point the darn thing in a different direction, thus allowing Earth to get rid of nuclear weapons and not killing anyone?! They are pacifistic aliens, after all. So instead their first move is to risk dooming humanity into a nuclear war?

Urk. It makes no sense rationally at all, neither from a science stand-point nor from a plot stand-point. Yet it's THE crucial piece that sets the entire novel in motion. I can't express how exasperated I'm at this.

Worse, all the other science stuff is just as bad, and the pacifists stay as inconsistent as they are.

So even though the romantic idea was fine and it has some decent scenes, overall it's frankly just too stupid. Someone should have edited into something that made sense, at least.
Read more
Report abuse
Translate review to English

Astrid
5.0 out of 5 stars I Hope for a sequel
Reviewed in Germany on 2 November 2017
Verified Purchase
I loved it Great read and i couldn‘t but it down. I Hope there will be a sequel and emerald get a sister😉
Read more
Report abuse
Translate review to English

Kindle Customer
3.0 out of 5 stars Good Romance, So-so Science Fiction
Reviewed in the United States on 24 October 2017
Verified Purchase
Not a bad story--I'm glad I read it--but a little choppy at times. My main criticism is that the science fiction aspect of it is really weak. For example (SPOILER ALERT), the reason Alixia is supposed to assassinate Kate is that in the future, Kate (as President) will put spent nuclear weapons in orbit, and they will drift into Alixia's home planet, destroying it. However, early on it is established that Nemow, Allie's homeworld, is three GALAXIES away from Earth. The NEAREST galaxy to Earth is over a million light years from us. It would take hundreds of millions, if not billions, of years for a rogue weapon to drift from Earth to Nemow, given its distance. I was definitely scratching my head.

That said, the characters were interesting and sympathetic enough to keep me reading, and I would recommend the book for those interested in the romance aspect.
Read more
Report abuse
See all reviews
Get FREE delivery with Amazon Prime
Prime members enjoy FREE Delivery and exclusive access to movies, TV shows, music, Kindle e-books, Twitch Prime, and more.
> Get Started
Back to top
Get to Know Us
Make Money with Us
Let Us Help You
And don't forget:
© 1996-2020, Amazon.com, Inc. or its affiliates