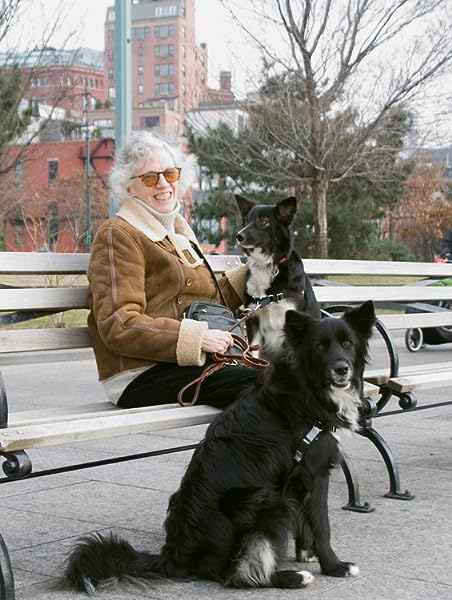 Second-Hand Dog: How to Turn Yours Into a First-Rate Pet Hardcover – 19 May 1988

by Carol Lea Benjamin (Author)
4.5 out of 5 stars 50 ratings
See all formats and editions
Sorry, there was a problem loading this page. Try again.

Save on select Books
Discover deals on fiction, non-fiction, children's books and more Shop now
Start reading Second-Hand Dog: How to Turn Yours into a First-Rate Pet on your Kindle in under a minute.

Lyn H
2.0 out of 5 stars Very old fashioned and very disappointing
Reviewed in the United Kingdom on 28 August 2007
Verified Purchase
Fairly quickly after starting this book I found myself flicking to the flyleaf to find the publication date. I was not surprised to read that it was written as a series of articles for a magazine between 1980 & 1987, the final version being published as a book in 1988. This explained the very old feel to the training ideal which are put forward, many of which are now widely believed to be ineffectual and wrong. For example the author still puts forward the theory that when a dog has done wrong while you are away, no matter when you return you whould take them to the point of their crime, gasp them by the collar and say 'no' loudly while shaking them to gain their attention.
She also seems of the typically American view that dogs when not being walked should spend most of their time in a cage. If that's what they want then why have a dog in the first place?
I also gained the impression that all the rescue dogs the author had ever met had nothing more than the slightest deviation from the canine behavioural norm. This book will NOT help you if you have an older dog with a lot of baggage.
There is also the suggestion that you should stare down a wilful dog without anything more than a passing suggestion that this could be a bit debatable/dangerous depending on the dog.
I also found the apparent need for large numbers of pointless cartoons somewhat annoying. They did nothing except show the author was appearing to pay homage to James Thurber in her cartooning style.
All in all I have to say that I found this book of no use whatsoever and if you have a seriously problematic rescue dog this book will be a complete waste of time and money
Read more
11 people found this helpful
Report abuse

Amanda George
4.0 out of 5 stars A good read, but could be improved!
Reviewed in the United Kingdom on 9 February 2010
Verified Purchase
This has got the basics of looking after a dog without really covering rescue dogs in particular. A good book but needs more information on how to make a rescue dog feel loved. Get this book but don't rely on it for specific information about rescue dogs... sorry!
Read more
Report abuse

V
5.0 out of 5 stars Best explanation of a rescue dog's experiences
Reviewed in the United States on 10 June 2021
Verified Purchase
I rescued a 1 year old dog and for the first few weeks she was calm, but then she became crazy frisky and I knew I needed to train her quickly. But too many videos and different training methods confused me. My friend recommended this book. The first few pages were an eye-opener to me and helped me to understand what she may have gone though. The training tips are clear and easy and we have just passed the STAR Puppy training. Highly recommend this book.
Read more
Report abuse

Monti S.
5.0 out of 5 stars The most Awesome bool of understanding of why animals need a period of adjustment.
Reviewed in the United States on 6 July 2014
Verified Purchase
Second-Hand Dog is one of the best books available for a person or family who is thinking about adopting or rescuing a dog (or cat) for their family. Animals who have come with "baggage" need special understanding and this book helps adoptive parents of the animals to understand why certain habits happen and how easily habits and withdrawals, shyness, nipping and sensitivities can be overcome with a little love and understand. Animals are in a shelter whether it is a rescue shelter, SPCA, Humane Society, County Pound, etc, because someone else had the animal and no longer wanted it. Many come with a past of abuse, neglect and have been abandoned, now they need love. This is an awesome book and should be purchased whenever an adoption of an animal is going to take place. Second-Hand Dog makes sense of what is happening and explains that no one of thing is to blame for what is happening during the adjustment period and no one should feel guilty. Just take a breath and this too shall pass. I was the Education Director for the Bakersfield SPCA when this book first came out and have recommended it to hundreds of people. I strongly recommend it. Good luck with your new family member.
Read more
One person found this helpful
Report abuse
See all reviews
Back to top
Get to Know Us
Make Money with Us
Let Us Help You
And don't forget:
© 1996-2021, Amazon.com, Inc. or its affiliates