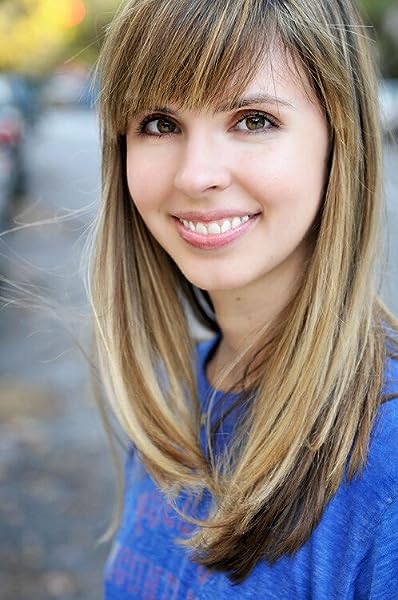 by Morgan Matson (Author)
4.5 out of 5 stars 363 ratings
See all formats and editions
Sorry, there was a problem loading this page. Try again.

Page 1 of 1 Start overPage 1 of 1
Previous page
Next page
Start reading Second Chance Summer on your Kindle in under a minute.


*Matson writes subtly about complex family dynamics, grief, and the impending loss of a parent in a way that is both beautiful and true...Readers who love the work of Sarah Dessen and Jenny Han will feel intensely for this cast of vulnerable characters who demonstrate integrity, personality, and perseverance as they work to bridge the distances between them.
--Publishers Weekly, starred review

*This is a bittersweet, powerful tale of family devotion, the sustainability of true friendship, and the silent courage of loving someone enough to stay and watch them die.
---Booklist, starred review

[Second Chance Summer] is a sweet, well written coming-of-age book that pulls at the reader's heartstrings...This is a compelling story that reads fast and grips readers until the very end.
--VOYA

"The exploration of the father-daughter relationship is warm, sensitive, and heartbreaking, with Taylor realizing how much she counts on the man she's going to lose. Between the dreamy romance and the four-hankie family story, this is a satisfyingly emotional summer tale." --BCCB

Morgan Matson is a New York Times bestselling author. She received her MFA in writing for children from the New School and was named a Publishers Weekly Flying Start author for her first book, Amy & Roger's Epic Detour, which was also recognized as an ALA Top Ten Best Book for Young Adults. Her second book, Second Chance Summer, won the California State Book Award. She lives in Los Angeles. Visit her at MorganMatson.com.

4.5 out of 5 stars
4.5 out of 5
363 global ratings
How are ratings calculated?
To calculate the overall star rating and percentage breakdown by star, we don’t use a simple average. Instead, our system considers things like how recent a review is and if the reviewer bought the item on Amazon. It also analyses reviews to verify trustworthiness.

Emily Jayne
4.0 out of 5 stars Not your usual summer read
Reviewed in Australia on 29 July 2016
Verified Purchase
This book was more serious in terms of its subject matter compared to her others, but I enjoyed that aspect of it. It was very well balanced between serious and light hearted and I would definitely read again!
Read more
Helpful
Report abuse
See all reviews

CaraMull
5.0 out of 5 stars This book broke me.
Reviewed in the United Kingdom on 17 November 2018
Verified Purchase
What a truly beautiful book. The writing flowed beautifully off the page and allowed me to feel every emotion. Wonderful characters, a heart-wrenching storyline of a family dealing with terminal cancer. All having one last summer together at their summer house. This final summer is about second chances and a family making final memories together. I wept buckets, it was heart breaking but perfect at the same time. A book about a girl who runs away from problems and love but this final summer makes her realise some things are worth sticking around for, including a boy called Henry who was her first kiss one perfect summer four years ago. This is a book that stays with you for days and lingers in your mind. It is a book that makes you stop and appreciate life and family and how love really is everything.
Read more
Report abuse

Dano1163
4.0 out of 5 stars There's some drama thrown in with one of Taylor's old summer friends and some fun chapters set in and around the little town in ...
Reviewed in the United Kingdom on 9 July 2017
Verified Purchase
-- WARNING: This review contains SPOILERS --

Were it not for the twist with the father, I don't know if this book would've been for me.
The main plotline is fairly standard teen summer romance between Taylor and her childhood boyfriend Henry, and the narrative darts between present day and several summers before to explain why they drifted apart. There's some drama thrown in with one of Taylor's old summer friends and some fun chapters set in and around the little town in the Poconos that the family stay at.
The true heart of this story lies in the sub-plot, or rather the catalyst for the story, of Taylor's father being diagnosed with terminal cancer. The author crafts the novel perfectly so that there are long stretches of Taylor doing standard teenage activities and suddenly she is reminded of the ticking clock hanging over the summer.
The ending is thoroughly and deservedly expected, no miracles or dramatic recoveries and it's heartwrenching to read.
The only minor downside I had was that certains details like ages and names of certain characters are glossed over - for example I don't remember it being explicitly stated that Taylor's brother is older than her, something you can infer about midway through the novel - and Taylor's parents names suddenly come out as a shock halway through also, leaving one of the final moments in the book (involving both the whitled bird and banner) without the emotional punch they needed.
A very fun summer read with a satisfying emotional core.
Read more
One person found this helpful
Report abuse

Amazon Customer
4.0 out of 5 stars Cried a few times
Reviewed in the United Kingdom on 3 July 2020
Verified Purchase
I really liked the evolution of the family dynamics. Though a conversation on how the mother favours the oldest and youngest child was needed. I don't think the stress of the situation fully explained the tension between the mother and the middle child.

The ongoing theme of not facing your fears was well developed and I think the side characters were as well developed as they can be. They had their own problems that had nothing to do with the lead and they continued living their lives when she left.

Overall a great book, although the relationship subplot was a bit bland because everything was so easy (this is just a personal preference). I think it went well with the tone of the boom as a whole.
Read more
Report abuse

Book Blog Bird
4.0 out of 5 stars Second Chances
Reviewed in the United Kingdom on 24 August 2015
Verified Purchase
I’m having a bit of a contemporary standalone fest at the moment, and Last Chance Summer has fit right in with this theme.

When Taylor Edwards’ family receive some devastating news, they re-evaluate their busy lifestyles and decide to spend one last summer together at their lake house in the Pocono mountains. They haven’t been to the Poconos for five years and when they arrive, Taylor discovers that her former best friend is still around, and so is her first boyfriend...who is much cuter at seventeen than he was at twelve. As the summer progresses and the Edwards family reconnect despite the ticking clock hanging over their heads, Taylor discovers that this summer might be a time for all sorts of second chances.

It took me a while to connect with Taylor because at first she seemed quite cold and odd, and it was only really when she started to re-form a relationship with her dad and re-connect with her former best friend, Lucy, and her first boyfriend, Henry, that I really started rooting for her. And then I didn’t stop! Despite her flaws, she was very sweet and thoughtful and I really liked her. I especially liked the relationship between her and Lucy. Close female friendships are underrepresented in YA and this one was particularly well-written, I thought. And Henry - I think I have a new book boyfriend. He was so scrummy, I could have just eaten him all up.

Morgan Matson manages to write a whole spectrum of emotions and situations into this book, and I think that was one of the things that made it such a compelling read. You’ve got the tragedy the family are dealing with, and we know from the outset that it’s not going to have a happy ending. Balanced in with this is the romance with Taylor and Henry, friendship and a whole lot of humour. And then, of course, you’ve got Taylor’s guilt at having a good time when her family are struggling so badly. This isn’t one of those books where the tragedy overwhelms the story; the author realises that actually, yes, you can be having a dreadful time but that there can also be high points mixed in with the sadness.

From the outset, we know what the plot is going to hold and the author doesn’t insult the reader with any ‘It’s a MIRACLE!’ plot twists, but instead deals with Taylor’s family tragedy with dignity. Again, the book isn’t entirely about what the family are going through, and Taylor finds that this summer is going to have second chances in lots of different ways.

Jade
5.0 out of 5 stars Summer Read
Reviewed in the United Kingdom on 5 December 2014
Verified Purchase
After thoroughly enjoying reading Amy and Rogers epic detour I was compelled to read this book. I was glad I read it.
After a summer gone wrong many years ago Taylor fled thinking she would never return until one summer. With Taylors dad being ill and them all wanting to spend one last summer at the summer house she hoped to not bump into any former friends or her former childhood sweetheart Henry. Whilst taking a job by the beach she sees many faces she remembers including Henry and her former best friend. They manage to patch things up before summer ends. This is a really good read. Defo a summer book. Quite sad though too
Read more
2 people found this helpful
Report abuse
See all reviews
Back to top
Get to Know Us
Make Money with Us
Let Us Help You
And don't forget:
© 1996-2021, Amazon.com, Inc. or its affiliates