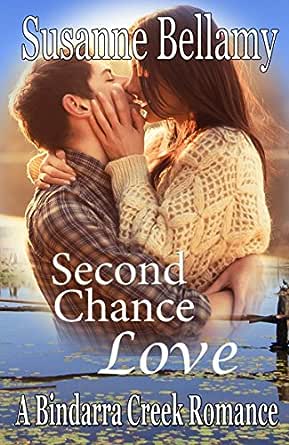 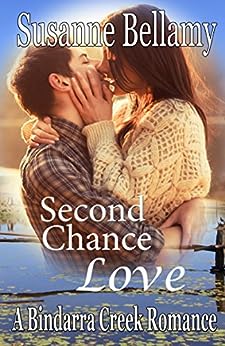 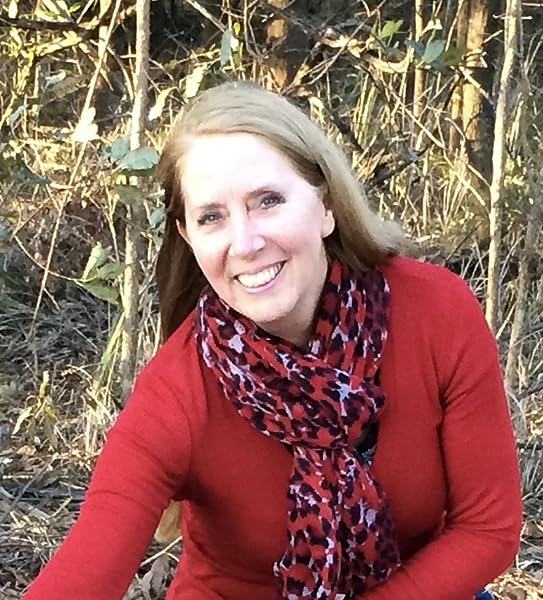 Born and raised in Toowoomba, Susanne is an Australian author of contemporary and suspense romances set in exciting and often exotic locations, and rural romance set in Australia. She adores travel with her husband, both at home and overseas, and weaves stories around the settings and people she encounters. Her heroes have to be pretty special to live up to her real life hero. He saved her life then married her. Susanne is a member of the RWA and was a finalist in their 2011 Emerald Award. She placed third in the 2015 Pan Macmillan short story competition with Chez Romeo. Mentoring aspiring writers, and working as a freelance editor keeps her off the street! She loves connecting with readers and fellow writers. --This text refers to the paperback edition.

4.3 out of 5 stars
4.3 out of 5
36 global ratings
How are ratings calculated?
To calculate the overall star rating and percentage breakdown by star, we don’t use a simple average. Instead, our system considers things like how recent a review is and if the reviewer bought the item on Amazon. It also analyses reviews to verify trustworthiness.

Sharman Reader
5.0 out of 5 stars Another great book in the Bindarra Creek series
Reviewed in Australia on 6 October 2015
Verified Purchase
Another great book in the Bindarra Creek series, this time by the talented author Susanne Bellamy .... When Claire inherits her great aunt's house she returns to Bindarra Creek as the librarian, and the first person she meets is her first love Angus McGregor and his charming young son, but it takes only a very short while for Claire to realise that there is skulduggery afoot in this quiet, serene country town in the New England tablelands of Australia... Soon Claire finds herself fighting for her life and the life of Angus's perpetually curious young son...
This tale is people with familiar faces as this author weaves a heart warming story of first love and second chances that are spiced with danger and intrigue ... I'm really looking forward to more books in this series by talented Aussie authors.
Read more
5 people found this helpful
Helpful
Report abuse

Caitie
5.0 out of 5 stars Wonderfully written.
Reviewed in Australia on 3 December 2015
Verified Purchase
This is another wonderfully written story by Susanne Bellamy. "Second Chance Love" was an easy read with a clear plot, but enough twists and mystery to keep a moderate pace throughout. The book establishes the plot early on, and sticks to it, delving into the lives of Claire, Angus, and Ollie in Bindarra Creek. Bellamy is able to describe and establish the mannerisms and quirks of her protagonists, creating layers and breathing life into these Australian characters. In particular, she captures the traits of Ollie, Angus' eleven-year-old son, beautifully. If you are looking for an easy read with a little mystery and suspense, "Second Chance Love" is a great option.
Read more
5 people found this helpful
Helpful
Report abuse

BookReader
4.0 out of 5 stars Four Stars
Reviewed in Australia on 24 April 2016
Verified Purchase
A sweet romance about the possibilities of second chance love.
Read more
One person found this helpful
Helpful
Report abuse

Maryde
5.0 out of 5 stars I really enjoyed meeting Angus McGregor (Hero) and his son Oliver
Reviewed in Australia on 29 May 2016
It's been awhile since I read this story, but the characters I do remember. I really enjoyed meeting Angus McGregor (Hero) and his son Oliver. Claire Swenson (heroine) returns to the Creek, due to her aunt's passing. And because I love books, she has the best job as the town Librarian :) I love the mystery involved in this story.
Introducing children in a story doesn't always work for me,maybe because it's hard to hear the child's voice. But not in this case.Oliver was a delight.
There are several stories in this series, where the characters have returned to Bindarra Creek and this is one of them. Learning of their past is quite interesting and does a clever job in pulling other aspects of the township together.

When all these books are out I'm going to have fun re-reading themfrom start again.
Read more
One person found this helpful
Helpful
Report abuse

Noelle Clark
5.0 out of 5 stars A delicious read.
Reviewed in Australia on 5 July 2016
A delightfully delicate romance set in a robust storyline. The characters are loveable right from the start, especially young Oliver. Beautifully written, as all of Susanne Bellamy’s books are, this is a wonderful addition to the Bindarra Creek Romance series. Was sad when this ended. Loved it.
Read more
One person found this helpful
Helpful
Report abuse
See all reviews

Devika Fernando
5.0 out of 5 stars Gripping Outback Tale of Second Chances and True Love
Reviewed in the United States on 4 April 2016
Verified Purchase
I had initially planned to buy Book 2 of Susanne Bellamy’s “Hearts of the Outback” series because I enjoyed Book 1 so much, but then I caught sight of this book and I couldn’t resist. I’m a big fan of second chance romances.

I’ve read quite a few romance novels – second chance or not – with single mothers, but a single father is hard to come by. Angus was interesting merely due to this reason already, and he proved to be much more than that. I loved seeing him interact with his son Ollie, just the right mix of trying to be the man in the house and steer him onto the right path and being a bit insecure and sometimes more a friend than a father. He also sounded totally swoonworthy, and topped with a caring heart, honesty, quiet strength and a streak of stubbornness, he was irresistible. I loved it that he didn’t give up on winning Claire over, and that he was such a guiding light throughout the book, even when he was unsure of his place or feelings.

Claire was lovely to read about too. Strong and sensible on the outside, with a vulnerable streak that didn’t make her weak but very human and relatable. It was refreshing to see that she didn’t just give in to the raging hormones and blissful memories and fought so hard for what she thought was right.

I had no idea there’d be a mystery all rolled up in the romance, and it was one of the reasons why I devoured the book in one go. I freaked out quite a bit, shouting at the characters to keep safe. The author had me at the edge of my seat, and I’m satisfied with the ending. It was – despite its conclusion and Happily Ever After – a bit open too, though, so there’s a niggling part in my mind that demands a continuation of the story. I could have read for several hours more and enjoyed it tremendously, I was so caught up in the story and so happy with the characters.
Read more
One person found this helpful
Report abuse

Brenda Telford
4.0 out of 5 stars Another sweet addition to the series!
Reviewed in the United States on 12 April 2016
Verified Purchase
After the death of Claire Swenson’s Aunt Margaret, Claire moved back to Bindarra Creek to take ownership of her inheritance – her aunt’s home. Claire had lived in it with her aunt for a year before she’d left to go to University; when she had left Bindarra Creek she had also left her boyfriend Angus. Now that she had returned, as well as taking over as librarian from Evelyn who had suffered a fall, she discovered Angus now had an eleven year old son Oliver.

Claire was determined not to step back into the relationship she’d had with Angus all those years before – but Angus had other ideas. His wife Laura had been gone for eight years; was it time to move forward with his life now that he realised his deep feelings for Claire were still there? But there was trouble on the horizon – Angus’ property was under threat. But was it anything to do with Claire; with the library?

Second Chance Love by Aussie author Susanne Bellamy is another in the Bindarra Creek romance series and a lovely addition it is! Ollie is a delightful character as are the side characters from the local pub. Claire annoyed me just a little until she toughened up and took her Aunt Margaret’s advice… This is a thoroughly enjoyable series of thirteen books (when they’re all published) written by thirteen different authors and all centring around the fictional NSW town of Bindarra Creek. I have no hesitation in highly recommending Second Chance Love.
Read more
Report abuse

Simone Cooper
5.0 out of 5 stars Another wonderful romance!
Reviewed in the United States on 29 September 2015
Verified Purchase
I love all Susanne Bellamy's stories and once again this Bindarra Creek story doesn't disappoint. The characters are full of personality, including the secondary ones, the settings are vivid while the writing is rich and engaging from beginning to end. The drama in the library basement was excellently written, very descriptive. And the mystery element also added to the story's appeal. I highly recommend this book and you should also check out the first two books in the Bindarra Creek series "Bindarra Creek Makeover" by SE Gilchrist and "Shadows of the Heart" by Lee Christine, which are also wonderful, rich emotional stories set in the lovely fictional NSW town of Bindarra Creek.
Read more
One person found this helpful
Report abuse

Lee Christine
5.0 out of 5 stars Lovely story about second chances.
Reviewed in the United States on 22 October 2015
Verified Purchase
Set in northern New South Wales 'Second Chance Love' is the story of Angus McGregor and Claire Swenson. Angus and Claire share a history from the time Claire spent twelve months in the small country town of Bindarra Creek living with her Great Aunt. Now, years later, Claire is back to sell her Great Aunt's home and finalise her estate. Taking up a temporary position in the local library, it is only a matter of time until Claire bumps into her old flame, grazier and property owner, Angus McGregor. Both hero and heroine have suffered personal loss in their lives but the spark of attraction that brought them together as teenagers still burns as bright as ever!

Susanne Bellamy's 'Second Chance Love' is a delightful read with a ripple of suspense that keep things moving along.

Suzanne Hamilton
5.0 out of 5 stars A touch of mystery with a lot of Love
Reviewed in the United States on 14 October 2016
Verified Purchase
I always love second chance love stories because the characters usually have past burdens and conflicts to overcome before they find happiness. Second Chance Love didn't disappoint.
Read more
One person found this helpful
Report abuse
See all reviews
Back to top
Get to Know Us
Make Money with Us
Let Us Help You
And don't forget:
© 1996-2021, Amazon.com, Inc. or its affiliates