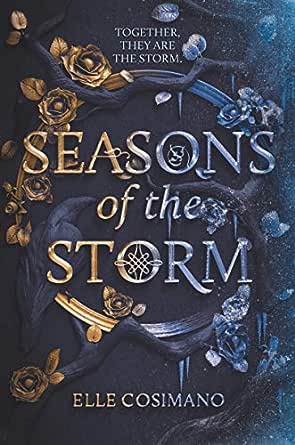 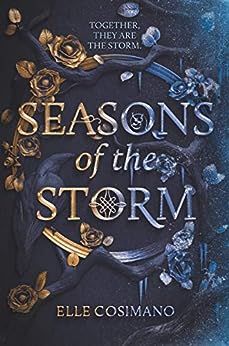 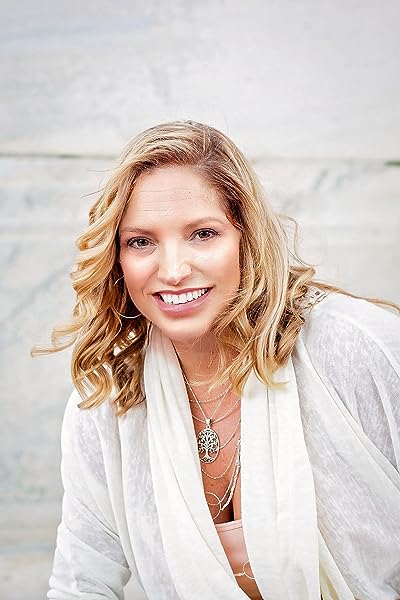 Seasons of the Storm Kindle Edition

Narration alternates between Jack and Fleur, adding some depth to the action. It's the scenes wherein the Seasons whip up their elemental powers that really grab attention, with vivid descriptions of murderous vines, killer waves, and suffocating fire. Fans of Holly Black and April Genevieve Tucholke will hope that their time with these characters is not yet up.--Bulletin of the Center for Children's Books

Seasons of the Storm is a mind-boggling mix of mythology, nature, competition, and powerfully original characters. I couldn't read this book fast enough--captivating on every level.--Megan Shepherd, New York Times bestselling author

[A] fast-paced mythological fantasy. Cosimano uses the rhythm of nature to create a whirlwind of romance and friendship that illustrates both the power of choice and the strength in differences.--Publishers Weekly

Cosimano tells a story of the bonds of friendship and the power of hope for the future. The themes of friendship despite differences and self-sacrifice shine through.--Kirkus Reviews

With lots of action and an exploration of when and how much to trust those in authority, the story asks whether you will be the user or the used.--Booklist

"Enticing and thrilling, Seasons of the Storm is flawless and addictive."--Jennifer L. Armentrout, #1 New York Times Bestselling Author --This text refers to the hardcover edition.

Elle Cosimano's debut thriller, Nearly Gone, was an Edgar Award finalist, won the International Thriller Award for Best Young Adult Novel, and was awarded the Mathical Book Award recognizing mathematics in children's literature. Her novel Holding Smoke was a finalist for the Bram Stoker Award and the International Thriller Award. Her books for young adults have appeared on several statewide school and library reading lists. You can learn more about her at www.ellecosimano.com.

A perfect storm lies ahead in this riveting fantasy duology opener from award-winning author Elle Cosimano --This text refers to the audioCD edition.
Read more

Boop
5.0 out of 5 stars Original, captivating world with relatable teens; a great fantasy to take your mind off reality
Reviewed in the United States on 12 July 2020
Verified Purchase
If you love supernatural YA but thought there were no more original superpowers out there, I present Jack, Fleur, the other Seasons, and their handlers.
In the world of the Seasons, life is lived in three month chunks out in the world. The rest of the year is spent in stasis and recovery in the underground base controlled by time (Chronos) and nature (Gaia). Locked into an eternal cycle that Chronos tells them can not be broken, and with no contact other than that of hunter and prey, the Seasons believe that they are mortal enemies. But when Jack, a Winter, falls for Fleur, his Spring, he works on a plan for them to be together.
I was immersed in the world from the first page, and was kept guessing as Jack gathers other Seasons to support him as he breaks free from the cycle and seeks to live a normal life with Fleur. But challenging Chronos makes it hard to hide, and their love threatens to destroy the natural order of the world. With an echo of Romeo and Juliet, Jack and Fleur are forced to overcome time and face death in order to stay together.
Merging action-filled fantasy with tinges of romantic tragedy, Seasons of the Storm kept me engaged to the unexpected ending. I look forward to reading the sequel.
Read more
2 people found this helpful
Report abuse

Chrystal1331
5.0 out of 5 stars Great plot.
Reviewed in the United States on 12 November 2020
Verified Purchase
I loved this story. Jack and Fleur are my favorite characters. I loved the concept of the seasons being physical embodiments and having power over the elements. Personally I would want to be Spring or Autumn when it's not too hot or too cold.

The story ended well and In now looking forward to the sequel Seasons of Chaos.
Read more
Report abuse

Amazon Customer
5.0 out of 5 stars Such a fun story!
Reviewed in the United States on 26 September 2020
Verified Purchase
I really enjoyed this book - the characters are fun and the story is exciting! I would highly recommend.
Read more
Report abuse
See all reviews
Get FREE delivery with Amazon Prime
Prime members enjoy FREE Delivery and exclusive access to movies, TV shows, music, Kindle e-books, Twitch Prime, and more.
> Get Started
Back to top
Get to Know Us
Make Money with Us
Let Us Help You
And don't forget:
© 1996-2020, Amazon.com, Inc. or its affiliates