Season of Light and over 1.5 million other books are available for Amazon Kindle . Learn more
Share <Embed> 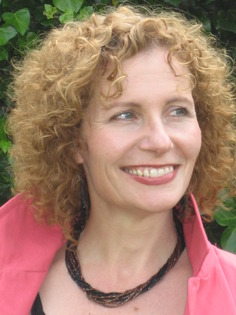 Releases February 16, 2021. Pre-order How to Avoid a Climate Disaster now with Pre-order Price Guarantee.
If the Amazon.com.au price decreases between your order time and the end of the day of the release date, you'll receive the lowest price. Order now
click to open popover
Start reading Season of Light on your Kindle in under a minute.

Well-observed and absorbing to the end. (Fanny Blake WOMAN AND HOME)

Asa carries the story. She is a fascinating, contradictory heroine: she may be reckless and sometimes naïve, but she is also fiercely intelligent, ardent and loyal. (HISTORICAL NOVEL SOCIETY)

A thrilling love story set amid the French Revolution from the author of the Richard & Judy bestseller THE ROSE OF SEBASTOPOL.

Katharine McMahon studied English and Drama at Bristol University. She has worked as a teacher in schools and universities, as a Royal Literary Fund Fellow supporting student writing, and has run national training courses. She is involved with local theatre and lives with her family in Hertfordshire. Visit her website at katharinemcmahon.com
Read more

L. Bretherton
3.0 out of 5 stars perhaps tries too hard to educate us about the French Revolution
Reviewed in the United Kingdom on 28 August 2012
Verified Purchase
I have to admit, I skipped over sections of this book. So many, many names. Just too much detail at times.

However, this novel was refreshingly different to start with. Asa, the heroine, is strong-minded and independent, very anti-slavery, so not happy to be pursued by one Harry Shackleton, whose fortune is based on tobacco. But anyway, she is desperately in love with Didier Paulin a smooth Frenchie, who deflowers her early on in the book and is then absent for most of it.

Asa travels around quite a bit, having acquired a dodgy French female companion. She ends up back in Paris, after much sneaking around, because she is English, and therefore an enemy of the people of the Republic.

From about halfway through the book, you know how it's going to end. It does seem to take a while to get there, involving much mud and skirts being dragged through mud, and fans, always fans.

To be honest, I found this book a bit disappointing. The various sub-plots annoyed me (the tailor's wife, the dippy sister who marries the cad, the goody-two shoes Caroline Lambert). The only character I really liked was good old Harry, with his fancy waistcoats.

But even at the end, I still felt cheated of my happy ending, as we went straight to an 'epilogue'. I felt I deserved a good snogging scene after wading through all those gloomy prison cells.
Read more
2 people found this helpful
Report abuse

Joppa Rox
5.0 out of 5 stars Another great read from Katharine McMahon
Reviewed in the United Kingdom on 12 April 2013
Verified Purchase
A great read that hooks you from the opening chapters. The slightly different tone to Katharine's other historical novels made me think I'd landed in an Austen plot at first: a feisty herione with an eccentric family, plus two suitors and a love rival. But set against a backdrop of the French revolution and the abolition of slavery, the tension builds steadily throughtout and reaches a satisfying end. Highly recommended.
Read more
One person found this helpful
Report abuse

Wren
5.0 out of 5 stars A gripping blend of romance and history
Reviewed in the United Kingdom on 4 July 2012
Verified Purchase
I have read all Kate McMahon's books and really enjoyed this one which felt easier to read and less opaque than some of the others. There is less ambiguity at the end than some of her other novels eg Rose of Sebastapool and the heroine goes from self assured to a realisation that reminds us as ever good and evil can be close companions in a revolutionary period and that there has never been a revolution without pain and terror for some. There is a poignancy to her self revelations that chimes with anyone who has been disillusioned in their first love and there is certainly a nod to Jane Austen at times. Great holiday read.
Read more
Report abuse

Smee
5.0 out of 5 stars Captivating
Reviewed in the United Kingdom on 7 July 2017
Verified Purchase
Yet another captivating read. Full of history and compelling . Beautifully romantic. I Have read all if her books but this is the he best read yet from Katharine
Read more
Report abuse

Babs
5.0 out of 5 stars Loved it
Reviewed in the United Kingdom on 15 February 2013
Verified Purchase
Couldn't put it down. I think her best yet. Wonderful historical novel written with a feel of the people caught up in the years before and during the French Revolution.
Read more
2 people found this helpful
Report abuse
See all reviews
Get FREE delivery with Amazon Prime
Prime members enjoy FREE Delivery and exclusive access to movies, TV shows, music, Kindle e-books, Twitch Prime, and more.
> Get Started
Back to top
Get to Know Us
Make Money with Us
Let Us Help You
And don't forget:
© 1996-2020, Amazon.com, Inc. or its affiliates