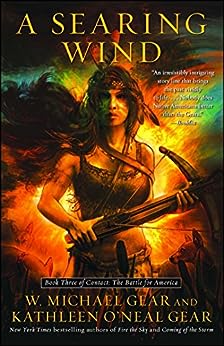 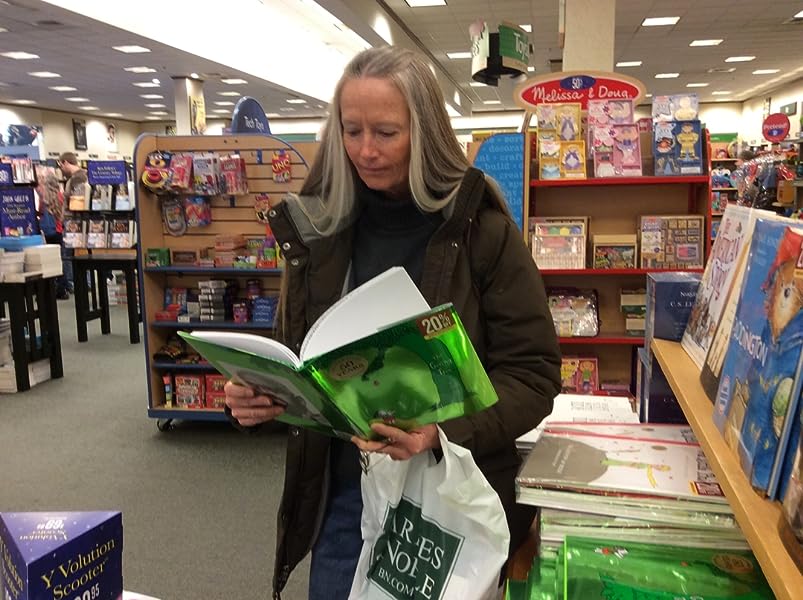 A Searing Wind: Book Three of Contact: The Battle for America Kindle Edition

Once exiled by the Chicaza for cowardice in battle, Black Shell nevertheless dedicates his soul to stemming the onslaught of the Kristiano invaders and protecting his people. He and his beautiful wife, Pearl Hand, have fought the enemy from the Florida peninsula through the very heart of native America. They have seen the shackled slaves, heard the broken promises—and they have learned of de Soto’s plans to target the Chicaza. Obsessed with setting the perfect trap, Black Shell gambles everything to preserve his people’s fragile existence— their pride, traditions, even their winter stockpiles of food and supplies. But the stakes are raised to their greatest heights when he and Pearl Hand must walk boldly into de Soto’s camp and engage the cunning monster in a desperate game of wits in order to decide the fate of a continent.
Read more
Previous page
Next page

W. Michael and Kathleen O'Neal Gear have written twenty-three international bestsellers which have been translated into twenty-one languages. Their novel People of the Raven won the Golden Spur Award in 2005. Separately and together they have written more than forty books. In addition to writing both fiction and nonfiction, the Gears operate an anthropological research company called Wind River Archaeological Consultants and raise buffalo on their ranch in northern Wyoming. --This text refers to an out of print or unavailable edition of this title.

Kathleen O'Neal Gear's professional life began at the Museum of Cultural History in Los Angeles where she was cataloguing three-hundred-year-old Guatemalan saint statues as part of her Ph.D. coursework. In 1980, she moved to Wyoming to work for the U.S. Department of the Interior as a historian and archaeologist, where she was twice awarded a "Special Achievement Award" for outstanding management of America's cultural heritage. She's authored or co-authored 50 novels and around 200 non-fiction articles. In 2015, the United States Congress honored her with a "Certificate of Special Congressional Recognition" for her work as an American archaeologist and writer, and the California State Legislature passed Joint Member Resolution #117, saying, "The contributions of Kathleen Gear to the fields of history, archaeology, and writing have been invaluable." In 2019, her book MAZE MASTER, won the International Book Award for Best Science Fiction novel.

She's married to W. Michael Gear, archaeologist and novelist, and they live near Cody, Wyoming.

In 2021, Kathleen and Michael jointly received the Owen Wister Award for lifetime contributions to Western literature. They will be inducted into the Western Writers of America Hall of Fame, housed outside the McCracken Research Library at the Buffalo Bill Center of the West in Cody, Wyoming, in the summer of 2021.

For those who might be interested, here's a video taken at the World Heritage site, Cahokia: https://youtu.be/hhsovrQA9IY Hope you enjoy it.

4.7 out of 5 stars
4.7 out of 5
187 global ratings
How are ratings calculated?
To calculate the overall star rating and percentage breakdown by star, we don’t use a simple average. Instead, our system considers things like how recent a review is and if the reviewer bought the item on Amazon. It also analyses reviews to verify trustworthiness.

Dr. Amanda Kear
5.0 out of 5 stars Black Shell's past comes back to haunt him
Reviewed in the United Kingdom on 15 August 2012
Verified Purchase
The final volume in this series of historical novels sees Black Shell and Pearl Hand again trying to construct alliances and pull rival Native American nations together to defeat De Soto. Setbacks and unexpected events plague them, and things that happened way in Black Shell's past complicate things even more. I love the politics and bickering of the tribes - the Gears always manage to bring a culture to life and populate it with real people, not just with stereotypes and clichés. This is a riveting conclusion to the trilogy. I hope they do more historical books, as well as continuing their `prehistorical' ones.
Read more
Report abuse

H. Bailey
5.0 out of 5 stars Five Stars
Reviewed in Canada on 15 June 2016
Verified Purchase
Always a good read from the pens of the Gears
Read more
Report abuse