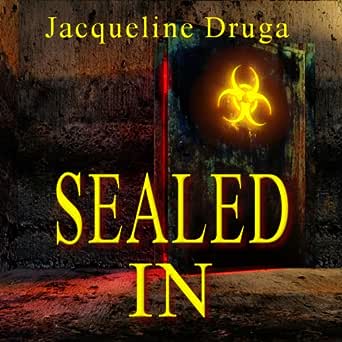 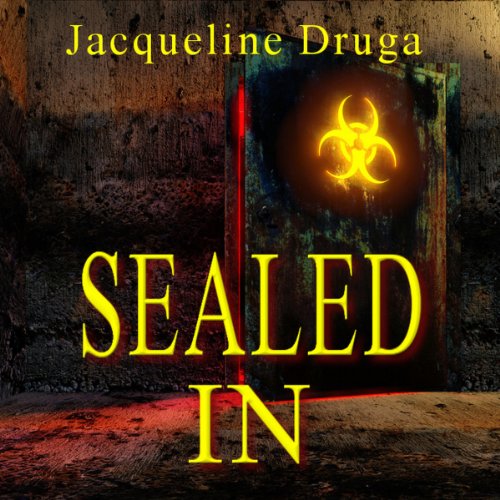 Mrs. J. Sandland
5.0 out of 5 stars A Great Read!
Reviewed in the United Kingdom on 24 June 2014
Verified Purchase
Yet again Jacqueline has pulled out all the stops and has penned a brilliantly clever novel. A virus is accidentally released in a small town in Montana - the virus is deadly and unbeknownst to the CDC, it has slipped through the barriers of this small town and is spreading.

The characters and storyline are just brilliantly written and made me really invest in their well being. I love this writer's work - she is a master at spinning an apocalyptic tale with characters you'll love.

Bids
4.0 out of 5 stars This is a good one
Reviewed in the United Kingdom on 12 December 2018
Verified Purchase
I really liked this book, the characters were involving and the plot kept me reading.
I definitely recommend it and thankfully, it had a good ending.

Kindle Customer
5.0 out of 5 stars I loved this story
Reviewed in the United Kingdom on 15 August 2014
Verified Purchase
Another excellent story from Jacqueline Druga. She is very readable. Her characters are likeable and you really care about whether they live or die. A fascinating analysis of an out of control super virus in the USA.
Read more
Helpful
Sending feedback...
Thank you for your feedback.
Sorry, we failed to record your vote. Please try again
Report abuse

Elaine Sparks
5.0 out of 5 stars Sad but great read
Reviewed in the United Kingdom on 14 August 2014
Verified Purchase
This was a sad story, it was believable which made it even more sad. Easy to read, I couldn't stop till the end.
Read more
Helpful
Sending feedback...
Thank you for your feedback.
Sorry, we failed to record your vote. Please try again
Report abuse

Marie w
5.0 out of 5 stars Great read
Reviewed in the United Kingdom on 15 June 2013
Verified Purchase
Highly recommend ... It has it all, humour, excitement syfy etc.

Once you start on this series you will not be able to put it down, it's highly addictive

kim marshall
5.0 out of 5 stars loved it
Reviewed in the United Kingdom on 4 March 2015
Verified Purchase
love reading this authors books. Its a great story from start to finish.
Read more
Helpful
Sending feedback...
Thank you for your feedback.
Sorry, we failed to record your vote. Please try again
Report abuse

ARTHUR GREENAN, CLYDESDALE HORSEMAN, SCOTLAND.
5.0 out of 5 stars Sally from Scotland
Reviewed in the United Kingdom on 8 November 2014
Verified Purchase
A good story. Especially in the light of the Ebola scare. It makes you think . Please scare us some more.
Read more
Helpful
Sending feedback...
Thank you for your feedback.
Sorry, we failed to record your vote. Please try again
Report abuse
Load more international reviews

I. Angilan
4.0 out of 5 stars Relevant but predictable Plot
Reviewed in the United States on 4 May 2017
Verified Purchase
I liked and hated this book. The plot was depressing yet very much contemporary to what is going on in the world…and what could happen to us. The characters were particularly well developed. The subject of biological weapons is not new and was handled in a way that is typical of this genre. Don’t misunderstand me. The author held my interest to the point of not being able to put the book down and then having trouble sleeping because I kept thinking about the awful conditions the characters found themselves in.

This author is a prolific writer usually with a good imagination. I like her simple, straightforward style. I just wish she had better proof readers.
Read more
2 people found this helpful
Helpful
Sending feedback...
Thank you for your feedback.
Sorry, we failed to record your vote. Please try again
Report abuse

JoanneG
4.0 out of 5 stars Very Relevant Nightmare Scenario
Reviewed in the United States on 3 October 2014
Verified Purchase
I shouldn't have started reading this book before I went to bed. All the things stated in the intro are true because I read about them in, "The Hot Zone". The Russians literally created tons of biological weapons and when the Soviet Union disbanded, there were a lot of scientists without jobs. I am almost 100% sure there are biological weapons out there that were sold or hidden away by former Soviet scientists. If so, the scenario of this book could happen any day (and there's that whole Ebola thing going on right now).

I liked how the book went back and forth in time to tell what had happened and what was currently going on. The descriptions of how sick the people were was appropriately ghastly. The book showed how difficult it would be to contain and stop a virus (such as Ebola) once released (Ebola isn't airborne--yet) and the political and economic reasons for not closing down air travel, which are stupid when compared to billions of people dying.

If anything, this book showed how important it is to be prepared for an emergency situation.
Read more
One person found this helpful
Helpful
Sending feedback...
Thank you for your feedback.
Sorry, we failed to record your vote. Please try again
Report abuse

Doc Hatter
4.0 out of 5 stars The devils we make...
Reviewed in the United States on 6 October 2013
Verified Purchase
...could easily be the ones that bring about our destruction. This is an excellent read. The story is based around a small town that is the home to a fugitive who holds in his possession the instrument to destroy an entire nation. A terrifying terrorist you ask? Nope. An elderly scientist who is desperately hiding from the demons of his past, and hiding those demons from the world in an effort to keep the world safer.

Pros: an exceptionally well done biohazard book. In that regard, the author knew exactly what she was doing, and she did it beautifully. The characters were comfortable, and you were able to follow them very easily, which can't be said for a lot of other authors. But Ms Druga pulled it off. A cautionary tale, with roots in reality? Hard to do, but I got sucked in and held by her storytelling skills.

Cons: the editing? Well, let's just say it needed some work. There were misplaced words and punctuation marks. Not enough to ruin the experience, but enough to occasionally jar the reader from their place just long enough to try to sort out what was trying to be said. It was simply a mild annoyance. There were a few tech mistakes too. I believe another reviewer mentioned the silenced revolver. Yeah... that doesn't work. Also, the constant back and forth jumping of time frames was a little frustrating. Detracted from a good read.

Overall: yeah, it was worth what I paid for it. It was a good book that made you think a little bit about some of the darker things humanity does, and what it could do. All in all, you'll probably enjoy reading it, but I don't think many will read it a second time.
Read more
2 people found this helpful
Helpful
Sending feedback...
Thank you for your feedback.
Sorry, we failed to record your vote. Please try again
Report abuse

Kelli
4.0 out of 5 stars Dang, the crazy lady was right
Reviewed in the United States on 28 March 2013
Verified Purchase
This was a fast and fun read. And the writing quality was definitely 5 stars all of the way.

The residents of Hartworth, Montana were going about there lives. They never suspected that they would soon die from an accidental release of ebolapox. Emma Burton had warned them, but everyone knew she was cuckoo for coco puffs.

While reading this novel, I became immersed in the world of the story. The writing was smooth and the dialogue was excellent.

The story centered around Andy Jenkins and Emma Burton. Andy was suffering from brain damage and had difficulties communicating; however, intellectually, he was smart and talented. Few of the town looked beyond Andy's external problems. Stew Burton definitely liked and admired Andy, and I guess this why Andy couldn't help coming to his aid. Emma Burton, Stew's daughter, was definitely as loony as they come. She took disaster preparedness to the heights of paranoia. But she was fun in a needing to be medicated type of way.

The story wasn't an original premise, but it was a really good story.

There are some editing issues like the ever changing name of the virus. EPV571, EPV71, EBV71. However, nothing that is really horrible.

Tonya Mosher
3.0 out of 5 stars Welp...WARNING, THIS REVIEW WILL CONTAIN CLEARLY MARKED SPOILERS
Reviewed in the United States on 1 January 2014
Verified Purchase
I really really wanted to love this book, I really did. To be honest, most of it was an excellent read. But one thing just nags at me, a major plot hole and because of that, I just can't like the book.

***SPOILER ALERT***
Okay, so this doctor brings this virus to the United States with him, years and years ago to keep it safe right? And apparently he has a vaccine for it, in very limited quantities. So he gives the vaccine to a few people he cares about just in case. He can't inoculate everyone, because he doesn't have enough. He can't even inoculate his own son who was apparently born after he'd used up all the vaccine? But he's inoculated, and so are a few people he cares about. He's studied the virus, and we're lead on to believe he help create it, and possibly the vaccine. Couldn't he just have made more vaccine? At the very least derived and synthesized it from the blood of someone who had been inoculated? I mean, the other doctors in the book talk about doing just that, but that it would take time. The original doctor had like 15 years to do it!
Read more
Helpful
Sending feedback...
Thank you for your feedback.
Sorry, we failed to record your vote. Please try again
Report abuse