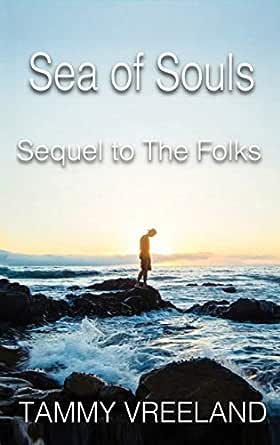 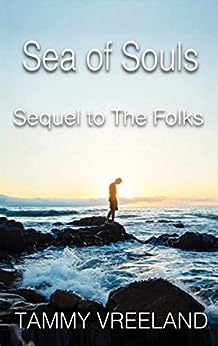 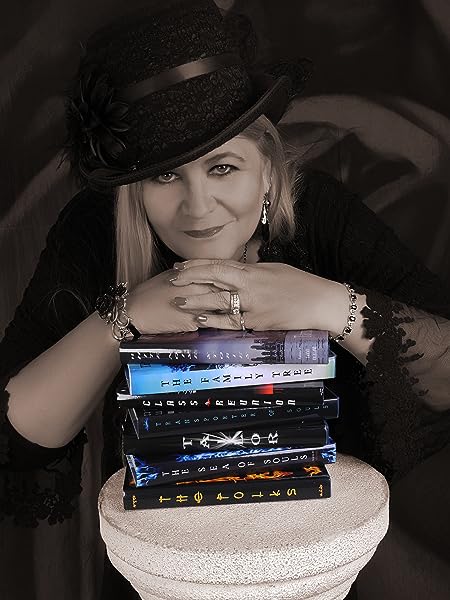 The Sea of Souls - Sequel to The Folks Kindle Edition

Debz Dark Dollz
5.0 out of 5 stars Best read late at night...
Reviewed in the United States on 9 May 2014
Verified Purchase
“Sea of Souls” is a terrifying story; a story of two brothers looking forward to starting their new lives in Galveston, Texas. Soon they learn that the island has a dark history which somehow ties in with their own frightening past. Tyler, Travis and their mom, Terry soon find themselves embroiled in a supernatural struggle and must re-live the past to ensure their future.

Author of several horror novels, each one uniquely spine-tingling; Sea of Souls is a sequel and even a bit of a prequel to one of her other books called “The Folks”…Oh I can hear it now “groan…not a sequel!” Oh yes! And it’s a hell of a sequel too!! You see, Tyler is all grown up now and has entered the Coast Guard. While at Boot Camp however, he developed a high fever which brought back a flood of memories…memories of a bizarre group of people called “The Folks”, and they’re not interested in going away; but, the question is, are they real or just imagined?

Tyler’s mom, Terry is very much aware that The Folks might still be lurking somewhere in the shadows, so she and Travis decide to help Tyler get settled at his new post in Galveston, Texas. Once they arrive, they soon find out that this island has its own dark, disturbing history. And what a story it is!

Tammy has a delightful way of blending her ideas and thoughts with just the right amount of “creepiness” ...but it's much more than that; it's the family bond that makes this such a wonderful and intriguing read. It’s powerful, even a bit disturbing (perfect combination in my opinion) and wonderfully written. Beautifully chilling and definitely fear-provoking!

She also has a very interesting "treatment" of the metaphysical as told by one of the characters; Lori...she absolutely has “my way of thinking”, especially with reference to the "fingerprint" and energy aspects of the afterlife and of souls...This book really makes me think not just about the after-life, but about spirits and entities in general. Add to that the location and occurrence of certain past events; truly gives one pause for thought.

I’m always in love with the endings to Tammy’s books; why? Oh no, I’m not sharing that! To find out, you’ll just have to read the book.

This is a must-read. Especially very late at night.

K. Ayres
5.0 out of 5 stars Great Book
Reviewed in the United States on 28 May 2015
Verified Purchase
Good job Tam. I really loved the book. You have quite a talent.
The book was hard to put down and I worried about you guys right to the end. Keep on writing. Loved it.
Read more
Report abuse
See all reviews
Get FREE delivery with Amazon Prime
Prime members enjoy FREE Delivery and exclusive access to movies, TV shows, music, Kindle e-books, Twitch Prime, and more.
> Get Started
Back to top
Get to Know Us
Make Money with Us
Let Us Help You
And don't forget:
© 1996-2020, Amazon.com, Inc. or its affiliates