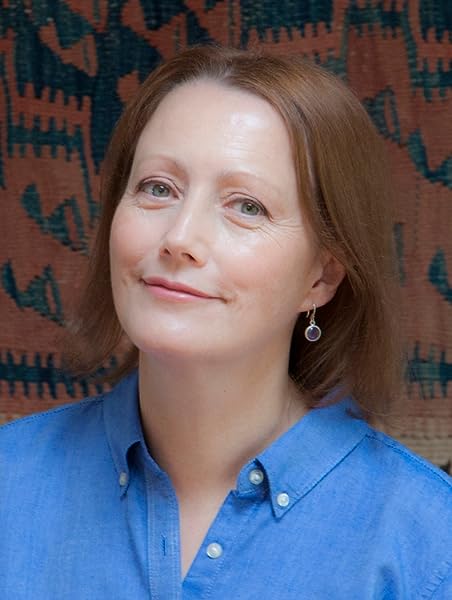 Page 1 of 1 Start overPage 1 of 1
Previous page
Next page
Start reading Secrets of the Sea House on your Kindle in under a minute.

4.2 out of 5 stars
4.2 out of 5
676 global ratings
How are ratings calculated?
To calculate the overall star rating and percentage breakdown by star, we don’t use a simple average. Instead, our system considers things like how recent a review is and if the reviewer bought the item on Amazon. It also analyses reviews to verify trustworthiness.

Sandy
TOP 500 REVIEWER
5.0 out of 5 stars An excellent read
Reviewed in Australia on 31 May 2019
Verified Purchase
Elisabeth Gifford is another new writer for me, and I am so pleased that I discovered her, and her amazing story telling.
This dual timeline is set on the coast of the Outer Hebrides. In the 1990s Ruth and her husband Michael buy an old church manse which yields a buried secret while they are renovating. In the same house in the latter half of the 19th century, the Reverend Alexander Ferguson is researching the legend of the Selkies.
An incredible story weaving between the two time frames; it had me hooked from beginning to end.
So well written and researched; I loved it.
Read more
One person found this helpful
Helpful
Report abuse

Carolyn Harris
TOP 500 REVIEWER
5.0 out of 5 stars I love experiencing other parts of the world
Reviewed in Australia on 7 March 2019
Verified Purchase
and in this case, it was the Outer Hebrides, which are islands off the west coast of Scotland that sound to me very lovely and as I can't travel I do it all in books and this was a really lovely trip.
The story is well founded and takes in two different times slots, but they blend together well. Mystery and intrigue abound, so it's hard to put down.
A book to spend a quiet weekend with where, when you are finished and have to return to work, you feel as if you have traveled miles away and it has refreshed you.
Read more
One person found this helpful
Helpful
Report abuse

Bizzbeau74
4.0 out of 5 stars Intriguing insight into life in the far flung northern Scottish isles
Reviewed in Australia on 27 January 2019
Verified Purchase
Several threads, set in past and present weave an account of early seafaring between Norway and Scotland; the post traumatic stress of an orphaned girl who returns to her roots and some of the frightful results of all powerful patriarchy. This book will be particularly poignant for these with a heritage involving the ‘clearances ‘.
Read more
One person found this helpful
Helpful
Report abuse

Lee W
TOP 500 REVIEWER
3.0 out of 5 stars Quite good
Reviewed in Australia on 16 February 2020
Verified Purchase
I found it a bit overlomg and a bit repetitive but the characters, story and writing were good and I did like the explanation of the Silkies... and how utterly reasonable and logical. It was a good read.
Read more
Helpful
Report abuse

C. D. Buchanan
5.0 out of 5 stars Fascinating stories of connected generations
Reviewed in Australia on 8 September 2018
Verified Purchase
Simply enjoyed stories of the different characters in this book and how they connect with each other and their locale. I particularly enjoyed the explanation of the selkie myths. It always astonishes me how brave our global ancestors have been
Read more
Helpful
Report abuse

Amazon Customer
1.0 out of 5 stars It was an incredibly boring story.
Reviewed in Australia on 7 January 2021
Verified Purchase
I didn't finish the book, I could only get through 40% of it, hoping it would improve, then I gave up. I don't usually discard books but this was extremely tedious.
Read more
Helpful
Report abuse

Christine Keeley
5.0 out of 5 stars Lovely story
Reviewed in Australia on 15 October 2018
Verified Purchase
This is a lovely and mysterious story about folklore of Scotland. I thoroughly enjoyed it as I'm sure othets will too
Read more
Helpful
Report abuse

JENNIFER GEE
3.0 out of 5 stars North sea, islands and sea folk
Reviewed in Australia on 13 April 2019
Verified Purchase
What more could you want for a yarn.
Read more
Helpful
Report abuse
See all reviews

Louise Marley
5.0 out of 5 stars Secrets of the Sea House
Reviewed in the United Kingdom on 23 August 2017
Verified Purchase
I seem to be reading a lot of books about spooky old houses lately. Not sure what that says about me, other than I like books about spooky old houses, obviously! This one has a dual timeline, set in 1860 and the present day on a Hebridean island called Harris.

In the present day, Ruth and Michael have bought an old Vicarage with the intention of completely renovating it. They have overreached themselves financially, and it doesn't help that the skeleton of a child has just been found beneath one of the rooms, creating a hold up while the police investigate. Distracted from her work, Ruth sets about investigating the history of those who had lived in the house before them, particularly a Victorian clergyman who appeared to be completely obsessed with selkies.

The story is told from three points of view: Ruth, the Rev Alexander Ferguson, and Moira his maid. Ruth is not immediately likeable, but that's due to her past history. I found Alexander's narrative a bit hard going at first, as I've never been keen on stories written in that old style of English, even if it is historically accurate. Moira's story seemed a little bit repetitive, but in the end she became my favourite character.

So at first this story was heading for a solid four stars, but then I became swept up with the characters and their lives, particularly the Victorian timeline and Alexander's tales of mermaids and selkies. I'm English, so I don't know much about Scottish myths and legends, but I found this aspect of the story particularly fascinating. I also enjoyed Alexander's journey from a kind-hearted, slightly naive vicar to - ah, well that would be a spoiler!

Anyway, this one is definitely going on my list of favourite reads and I've already downloaded another book by the same author. Recommended!
Read more
19 people found this helpful
Report abuse

Vigilantius
4.0 out of 5 stars Strong, driving dual-narratives
Reviewed in the United Kingdom on 30 December 2017
Verified Purchase
One island: Harris, in the Outer Hebrides; two related obsessions with Seal People, in the 1860s and in the 2010s; and three people who are broken and gradually re-made by what they discover. Secrets of the Sea House lives up to its billing as a haunting tale of loss and homecoming.

Often I find that a novel with dual-time narratives, set a long time apart, suffers because one story - typically, the older one - is much more compelling than the other. But this is not the case here.

The contemporary story is about Ruth, a young mother-to-be who is burdenned by the apparent suicide of her mother and by shadowy memories of the children’s home she was brought up in. A strange baby corpse is found buried beneath Ruth and her gentle husband’s house in Harris, which begins to prey on Ruth’s fragile mind. But this is not a horror story. It is about excavating the literal and psychological past in order to free the present.

I loved the cleverly linked nineteenth century narrative about a good but hopelessly naive clergyman and the two young women who fall in love with him on rugged and remote Harris. There are brilliant short passages about the hardship of crofting life and fascinating, practical insights, as when the prospective visit of the laird’s daughter fills the poor servant girl Moira with consternation, worrying about ‘Maggie Kintail’s chickens, which like to live under the bench near the fire ... not to mention the ram that ... still tries to get in through the back door.’

Ms. Erica Wildwood
3.0 out of 5 stars Strangely nebulous
Reviewed in the United Kingdom on 22 February 2019
Verified Purchase
I can't remember how many books I've read recently with a dual time narrative - it's obviously very fashionable tbese days. Unfortunately I found none of the characters particularly convincing, and as others have pointed out, neither author, editor or any of the many people listed as having read the book before publication know the difference between 'surplus' and 'surplice'. This is not the only instance of cringe-inducing sloppiness.
For me, there was a strange, nebulous quality about the whole thing, as if looking through misted glass. There were holes in the plot, and many characters lacked clarity. A pity. I love the Hebrides and the selkie mythology, but this book's shortcomings prevented me from really engaging with it.
Read more
6 people found this helpful
Report abuse

Marital Bliss
1.0 out of 5 stars Cold, flat and disappointing
Reviewed in the United Kingdom on 4 November 2018
Verified Purchase
I chose this title as i fancied an easy holiday read with a touch of the gothic. This seemed to tick the boxes. A promising premise, winter on a remote Scottish island, a macabre discovery, the fact it was said to be based on the diaries of an actual priest was particularly appealing.

What can I say, within the first few pages I was left completely cold. The prose was perfunctory, it felt laboured, as though the author struggled with every word. In short, it read like an instruction manual, functional, simplistic and just, cold.

Try as I might, I couldn’t make it much beyond the first 3 chapters. The characters just seemed flat and 2 dimensional.

Anyone hoping, as I was, for a flowery historical time slip in the vein of Kate Morton, or the successor to the suspicions of mr whicher, will likely be disappointed.
Read more
4 people found this helpful
Report abuse

Kindle Customer
4.0 out of 5 stars A mystery that wasnt
Reviewed in the United Kingdom on 5 February 2021
Verified Purchase
I tried a sample of this book and was immediately intrigued by the mystery and mythology happening in both time periods.
It is a well written book and I enjoyed the descriptive passages, but the only characters I cared about played a fairly minor part in the book, those who were affected by the clearances.
As I went on through the book the mystery and the mythology were explained away and the whole book took on a different meaning based much more on reality which was a bit disappointing.
It did have a conclusive ending, I do hate books that have open endings, but I did feel the ending was overlong and drawn out.
Read more
Report abuse
See all reviews
Back to top
Get to Know Us
Make Money with Us
Let Us Help You
And don't forget:
© 1996-2021, Amazon.com, Inc. or its affiliates