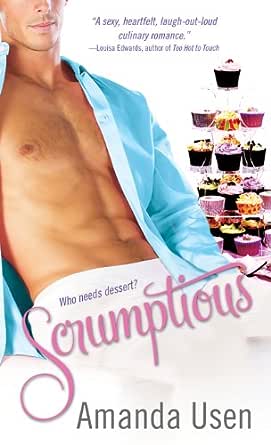 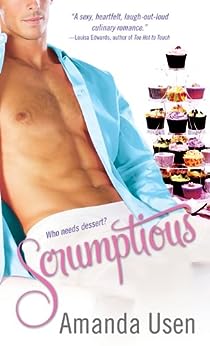 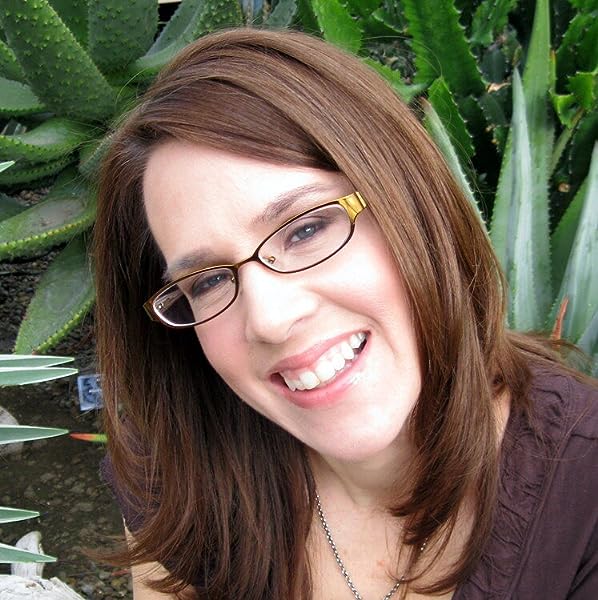 Amanda Usen knows two things for certain: chocolate cheesecake is good for breakfast and a hot chef can steal your heart. Her husband stole hers the first day of class at the Culinary Institute of America. They live in Western New York with their three children and an ancient beagle.

Josie82
2.0 out of 5 stars Unlikeable heroine ruins story
Reviewed in the United Kingdom on 23 January 2012
Verified Purchase
Joe Rafferty isn't just an excellent chef but he's gorgeous to boot. When he agrees to help out at his friend's restaurant until she finds a full-time chef then he sees it as a great time to cook some food and make time with the lovely pastry chef, Marlene.

Marlene likes the look of Joe but if he thinks he's going to waltz into her best friend's restaurant - the place she's put her heart and soul into - and simply take over then he's got another think coming.

Soon their battle of wills turns into a battle of the heart but who will take home the sweetest prize of all?

As someone who loves both romance novels and food - I've been keen to read stories that combine the two. Unfortunately I haven't found any that do justice to my expectations and this book was no exception.

My first, and main, complaint was about Marly. I just didn't like her. She was over-confident, happy (and proud) to sleep around, quite juvenile in her reactions and not someone I could either relate to or aspire to be like. I'm all for strong, confident women in stories but Marly's casual attitude turned me off.

Joe was a likeable character who was doing his best to make changes in his life although to be fair he wasn't particularly discerning either when it came to his relationships. His character was fairly well developed and I liked him but he certainly wasn't a hero that I would swoon over. Regardless, his relationship with Marly was, for me, clouded by the fact that I wanted him to find someone better!

The story was okay but towards the end it all went a little bit ridiculous and I was a little confused as to why it had changed for no apparent reason. I also couldn't really understand much of the tension or conflict in the book. Surely a conversation between best friends, Marly and Olivia (another unsympathetic character and owner of the restaurant) would have made much of the point of the book disappear.

Overall this wasn't my thing at all. The writing wasn't terrible which is why I've given the book 2 stars rather than 1, but it was really hard to finish and I can't recommend it, unfortunately.

Cathrina
4.0 out of 5 stars Delectable
Reviewed in the United States on 10 November 2013
Verified Purchase
Amanda Usen, a chef, and now a romantic author, is extremely familiar with the goings on behind those kitchen doors at a restaurant. While we sit placidly at our tables salivating for the first course to arrive, Amanda contrives an amazing story of sizzling love in the back room.

Poor Olivia, the owner of the restaurant has an unfaithful husband and is her main chef. After catching him in the supply room with the hostess being naughty, she boots him out the restaurants door. In walks her reliable and sculpted to the max friend, Joe. Joe, not only a prominent chef, but is drop dead gorgeous and has been around the block with no intention of settling for one woman.

Olivia is not into her old flame, though, her best friend, Marlene is always in the mood for a roll in the sheets. And Joe is right up her alley---no commitment!

However, the hard hitting Marlene and the love 'em and leave 'em Joe discover sex and love is fickle.

Don't be surprised if, while reading Scrumptious your mouth starts to water and your body tingles, not only from the delicious steamy moments of Joe and Marlene, but from the savory cuisine described in the book.
Read more
Report abuse

Araba
4.0 out of 5 stars Tthis book was yummy
Reviewed in the United States on 5 September 2013
Verified Purchase
I admit that I'm a fickle woman. When I saw the cover I didn't hesitate to present it to Cathrina. Hot guy and cupcakes, can anyone blame me?

Scrumptious was an entertaining and dare I say it, delicious read. The sparks definitely flew between Joe and Marly from the onset of their encounter. The emotional baggage both of them were carrying made a sincere romance between them absolutely perfect.

Ms. Usen made me chuckle but also made me so angry at the putz, Kieth that I was rooting for Marly to kick his behind. Notice I said that Marly should do it and not Joe, that's how tough the woman was.

Although I love to eat and talk about food, I thought that Ms. Usen was a tad bit too technical with the cooking aspect in the book and lost me a few times, but she always caught me when she spoke of those delicious deserts and passionate kisses (which lead to other hot things).

Scrumptious is a light fun read that taught me a thing or two about cooking, or was it eating?
Read more
Report abuse

Victoria G-R
4.0 out of 5 stars An Uphill Climb to a Good Book!
Reviewed in the United States on 2 April 2014
Verified Purchase
This book starts out kinda slow (and frankly slutty), but it does start an uphill climb into a pretty decent book! There is a minor mystery plot along with it, but what I really enjoyed seeing was how the hero and heroine grew beyond their childish pursuits into a mature, loving and sensual relationship. I'm actually on my second time around for reading it, and I enjoyed it about the same this time as I did last time. I'm interested in seeing what happens in the next book!
Read more
Report abuse

DrMama
5.0 out of 5 stars totally awesome
Reviewed in the United States on 22 October 2013
Verified Purchase
I really liked this book and how the story had a culinary theme to it. I've never wanted chocolate more...and I LOVE chocolate. I can't wait to read her next book.
Read more
Report abuse
See all reviews
Back to top
Get to Know Us
Make Money with Us
Let Us Help You
And don't forget:
© 1996-2021, Amazon.com, Inc. or its affiliates