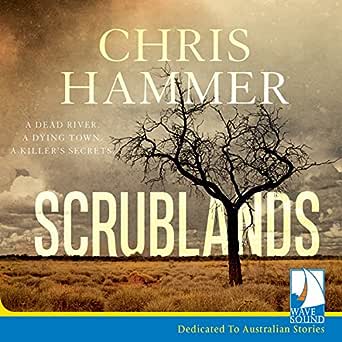 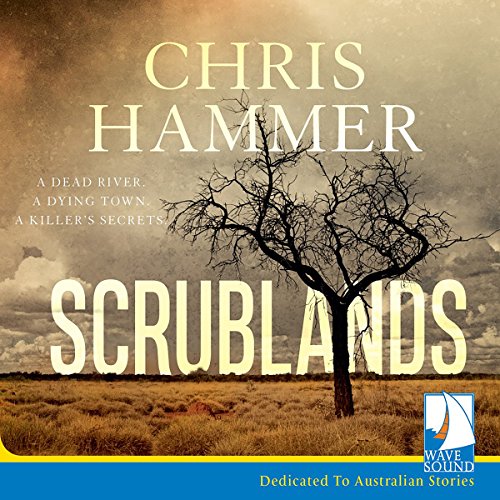 Snapdragon
TOP 10 REVIEWER
5.0 out of 5 stars Deserves the plaudits
20 August 2018
Format: Kindle EditionVerified Purchase
With more twists and turns than an Archimedes screw, this whodunnit/whydunnit compels attention. Back from stressful times in the Middle East, journalist Martin goes to the small drought-stricken town of Riversend in the west of New South Wales to work up a piece 12 months after a clergyman accused of paedophilia went rogue and killed 5 men. The people Martin interviews fall into two distinct camps: those who believe in the allegations of abuse and those who don’t. The Reverend Byron Swift certainly seems to have been an enigmatic character: charismatic, genuinely pious, and a dedicated youth worker who nevertheless had some decidedly unChristian characteristics. He was a crack shooter of animals including sparrows. Martin discovers that the real Byron Swift died in Cambodia many years ago, so the first mystery is the real identity of the clergyman with military tendencies. But this is just the first of an extremely Gordian knot of interwoven puzzles that keep you compulsively reading. It’s not long before more crimes accrue, plus there’s a devastating bushfire that Martin and others barely survive.

The book is peopled with a wide range of interesting and eccentric characters, including the requisite single beautiful young mother who forms a complicated relationship with Martin, and several police types, including a spook - a man from ASIO, no less. Why should ASIO be interested? Martin gets the blame when the sergeant from a neighbouring town apparently commits suicide. His job goes up in smoke. One of the best things about this book is the inside running we get on how the media operate. A doyen of a commercial channel is wrong-footed. Schadenfreude! Like many books of this genre, we are privy to the investigators’ trains of thought which help us track the complicated developments in case we’ve forgotten anything. Suffice to say, it’s a rollicking good read, plus it gives an entirely accurate picture of drought in small, dying rural towns.

Meredith Whitford
4.0 out of 5 stars Very good, but a confusing plot
16 August 2018
Format: Kindle EditionVerified Purchase
This is a very well written book. The depiction of a drought-ravaged outback Australian town is excellent, and the bushfire sequence is superb. The characters are well drawn. The only reason I don't give it 5 stars is that the last quarter or so is just too complicated -- too many characters involved in too many crimes. I really wanted to get to the end to see who did what, but it became, "Hang on -- she knew? He knew? He told her what? Or did he? Now the other guy's involved too?" Obviously re-reading may make things clearer, or so I hope, because one needs a spread-sheet to keep track of who knew/did/was what, and why. Despite that, I recommend it as a damn good Australian yarn, one that will join "The Dry" in setting a fashion for what-goes-on-in-droughts Aussie fiction, but more interesting. If only the last part could have kept up the taut writing of the firt 3/4, and the plot hadn't gone out of control.
Read more
7 people found this helpful
Helpful
Comment Report abuse

Rosemary Realph
TOP 500 REVIEWER
4.0 out of 5 stars Story describing the many problems a small Aussie bush town coonfronts
12 January 2019
Format: Kindle EditionVerified Purchase
This book started off with a " bang" for me. Couldn't put it down. Wonderfully written aptly describing the multiple problems all small bush town problems that their residents are confronted with. Drought, unemployment, business closures are just a few. Murders and a mass shooting in Riversend are just more heartbreaks their residents have to contend with. However, as the book moved on, I somehow felt the story line flattened for me. The plot became very complex and even confusing with so many residents involved in so many things behind the scenes. Of course, the ending was typical of so many endings. Two main characters reunite and rekindle their affection for each other, another old bushie cleans up his act and becomes decent and of course, the rain starts to fall.
Read more
3 people found this helpful
Helpful
Comment Report abuse

Kindle Customer
TOP 1000 REVIEWER
5.0 out of 5 stars A rollicking good tale
23 October 2018
Format: Kindle EditionVerified Purchase
You can feel the oppressive heat bearing down in this story of death and destruction in the Riverina. The characters are well drawn and fit with the setting - an outback town in the grip of drought, the weather kind not the drama kind. The undertow of the story behind a mass murder the year before is a counterpoint to the lack of any change in the heat - a bubbling of bits and pieces of a puzzle that at first seems to explain the killings and then itself breaks apart into several lesser tales of woe.
While some of the endings are a little too neatly done, I feel that a further reading may answer other questions that kept popping up throughout. Or not...

Read more
3 people found this helpful
Helpful
Comment Report abuse
There are 158 customer reviews and 194 customer ratings.
See all 158 customer reviews
Write a customer review
Get FREE delivery with Amazon Prime
Prime members enjoy FREE Delivery and exclusive access to movies, TV shows, music, Kindle e-books, Twitch Prime, and more.
> Get Started
Back to top
Get to Know Us
Make Money with Us
Let Us Help You
And don't forget:
© 1996-2020, Amazon.com, Inc. or its affiliates