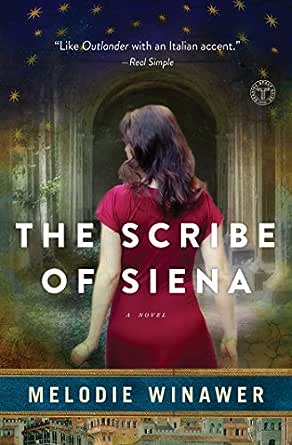 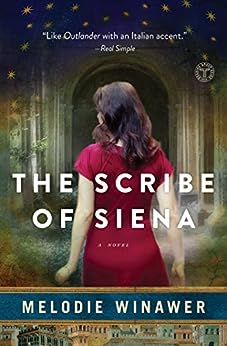 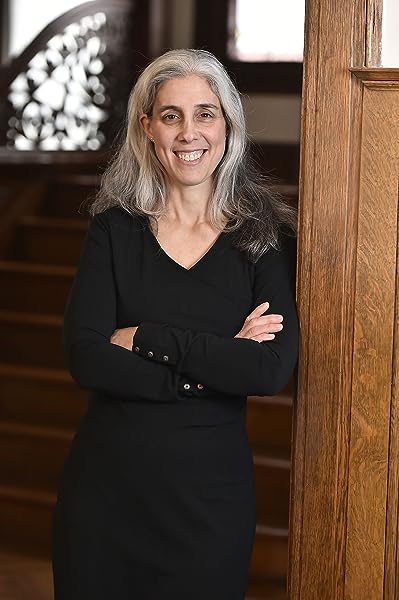 The Scribe of Siena: A Novel Kindle Edition

“Will remind historical fiction readers of Diana Gabaldon’s Outlander and Tracy Chevalier’s The Girl with the Pearl Earring. Lovers of meticulously researched historical fiction and time-travel narratives will be swept away by the spell of medieval Siena.”  -- Library Journal, starred review

“Winawer’s debut is a detailed historical novel, a multifaceted mystery, and a moving tale of improbable love….Winawer has created a prodigious, vibrant tale of past and present that transports readers and fills in the historical gaps. This is a marvelous work of research and invention.”  -- Publishers Weekly, starred review

“[A] vivid, compelling debut novel….Winawer renders her story in compelling detail, in Beatrice's whip-smart, observant, often sarcastic voice. Supporting characters in both eras—Ben's neighbor Donata in the present day; the sharp-eyed nun Suor Umiltá in 1347; Gabriele and his family—are also vivid and endearing. The conspiracy is vital as a plot device, but the more resonant theme is Beatrice's deep love for both her centuries and her heartfelt struggle to decide where she belongs.”  -- Shelf Awareness

“The realities of day-to-day existence in 1340s Europe are so viscerally represented that readers will readily accept the fanciful premise.” -- Kirkus Reviews

“A stunning work of historical fiction, Melodie Winawer's debut novel [is a] story of love, science, politics, and time-travel is worth every last word.” -- Bustle

“In Melodie Winawer’s The Scribe of Siena, neurosurgeon Beatrice Trovato finds herself mysteriously transported to 14th-century Italy. There she uncovers a plot to destroy the city of Siena. With the Black Plague on its way to ravage Europe, will she make it out in time? And does she want to? After all, she’s fallen in love with medieval life—and a handsome painter. Like Outlander with an Italian accent.”  -- Real Simple

“The Scribe of Siena is one part historical mystery and one part love story with a captivating dose of art mixed in for good measure. If that weren't enough, it all comes together in that most evocative of settings: Siena, Italy. Winawer's smart debut is a joy to read!"  -- Meg Waite Clayton, New York Times bestselling author of THE WEDNESDAY SISTERS and THE RACE FOR PARIS --This text refers to the paperback edition.

Melodie Winawer is the author of The Scribe of Siena, which has been translated into German, Czech, Polish, and Norwegian to critical acclaim. She is also the author of the forthcoming Anticipation. A physician-scientist and associate professor of neurology at Columbia University, Melodie has published over fifty articles and contributed to several anthologies. To find the energy to write, she relies on unflagging enthusiasm and green tea. Melodie lives with her spouse and their three children in both Brooklyn, New York and Ludlow, Vermont. --This text refers to the paperback edition.

4.5 out of 5 stars
4.5 out of 5
277 global ratings
How are ratings calculated?
To calculate the overall star rating and percentage breakdown by star, we don’t use a simple average. Instead, our system considers things like how recent a review is and if the reviewer bought the item on Amazon. It also analyses reviews to verify trustworthiness.

History and Women
5.0 out of 5 stars A time travel into 14th century Siena
Reviewed in Australia on 20 June 2017
Here's another fantastic Italian historical fiction tale. And it sure didn't disappoint. Imagine a modern day neurosurgeon with a passion for Italian medieval history travelling back into time, to the ancient city of Siena, where she discover a plot to destroy that city. Now, my opinion of time travel tales is that it's often hard for the author to pull it off so that it's believable. Melody Winawer definitely succeeded in creating such a credible, authentic story. An ancient mystery, passionate romance, intrigue, and murder grace this novels pages. There is much for everyone to enjoy.

The main character is intelligent but with plenty of heart. When she stumbles upon true love in medieval Siena, she must decide whether to stay or return. Credible characters, brilliant descriptions, and a lovely writing style make this a highly enjoyable read where one can lose themselves within its pages. I highly recommend this novel, especially if you are a lover of Italian historicals like I am. A real treat!
Read more
Helpful
Report abuse
See all reviews

Yinxu
5.0 out of 5 stars I wish this book was longer!
Reviewed in Canada on 26 January 2018
Verified Purchase
What a delightful read. I couldn't put it down and always read late until the night.

I especially live the vivid descriptions of 14th century Siemens life. This may be a work of fiction but I have learned much.

Adrianah Thompson
5.0 out of 5 stars Weaver of a Tale
Reviewed in Canada on 13 May 2019
Verified Purchase
Excellence in weaving strands of facts and fiction into a literary tapestry. Had great difficulty in putting the book down..
Read more
Report abuse

Crystal K.
5.0 out of 5 stars A a wonderful, must-read novel.
Reviewed in the United States on 16 May 2017
Verified Purchase
I loved this time-travel, medieval Italian tale with its trifecta of love, science and art, combining together for some fantastic historical fiction. Winawer has done her homework and she brings the time of 1347 to the reader in fascinating and accessible way. I loved the mystery that brought present and past together in the centuries old rivalry between Siena and Florence. There is a little magic, and a lot of intrigue, danger and passion, and I found myself loathe to put this book down as the hours dwindled late into the night. I've seen other descriptions of the novel in how it will "sweep you away" and it is true.
Read more
27 people found this helpful
Report abuse

Cathy G. Cole
4.0 out of 5 stars A captivating debut novel
Reviewed in the United States on 22 July 2018
Verified Purchase
I have soft spots in my heart for well-written books about time travel and the Plague. I know they're rather odd topics, but there you are. It's been a long time since I've read a serious time travel novel, and when I heard about Melodie Winawer's The Scribe of Siena, I knew I wanted to read it. Although I did find a couple of minor problems with it, I did enjoy being transported back to medieval Tuscany.

Through watching how Beatrice is with her patients, readers can immediately like her and care what happens to her. That feeling is further cemented when Winawer tells us of the wonderful relationship she had with her brother. And when she suddenly finds herself in Siena, she doesn't blend seamlessly into the woodwork. No, she gets in trouble for the way she's dressed (she doesn't have the right undergarments for the dress she stole from some poor woman's laundry basket). But she does get a break or two so she can scout around and try to figure out how to get back to the right time period.

Winawer brings medieval Siena to life while she roused my interest in a couple of things. Why was Siena so much harder hit by the Plague than all the other cities in Italy? Was there really an inter-city rivalry between Siena and Florence? That's one of the best things about well-written time travel books: they can jumpstart your curiosity and have you learning all sorts of things.

Earlier, I mentioned finding a couple of problems with The Scribe of Siena. One was that I thought the storyline could've used a slightly larger injection of the Plague to increase tension and suspense. The second was that the book seemed to run out of gas in the last hundred pages. However, this is a debut novel and an extremely enjoyable one at that. Melodie Winawer is an author to watch.
Read more
5 people found this helpful
Report abuse
See all reviews
Back to top
Get to Know Us
Make Money with Us
Let Us Help You
And don't forget:
© 1996-2021, Amazon.com, Inc. or its affiliates