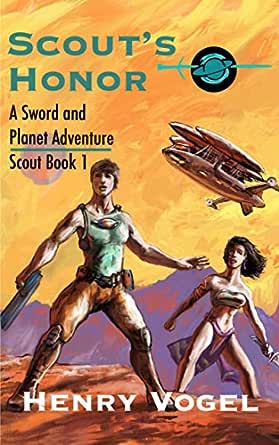 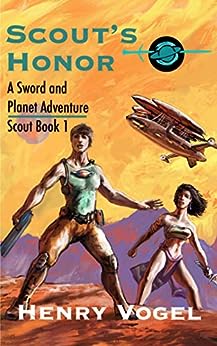 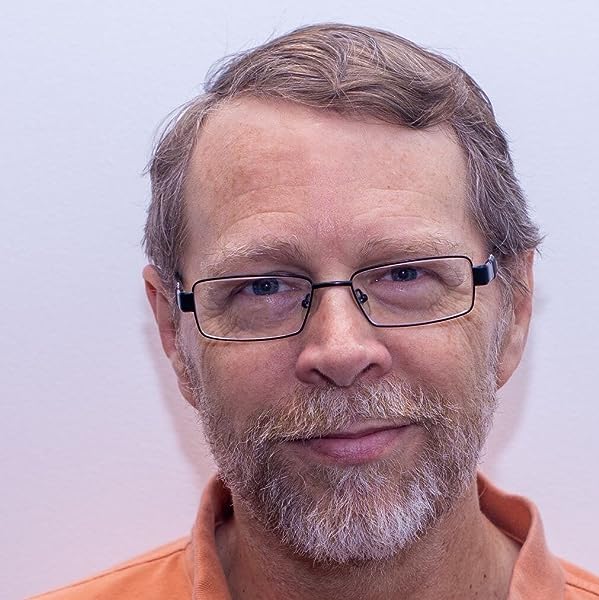 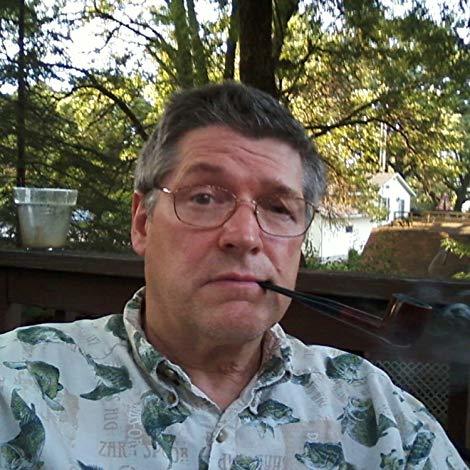 Henry Vogel had the usual range of menial jobs in his youth before ending up in software QA. Between the menial jobs and the IT jobs, Henry achieved some small fame as a comic book writer and co-creator of the small press titles Southern Knights and X-Thieves. For the past ten years, Henry has performed all around North Carolina as a professional storyteller. His love of planetary romances can be traced to Mrs. Lashley, a high school math teacher who loaned him her copy of A Princess of Mars, fostering a love of the genre which has never died. Henry currently lives in Raleigh, NC, with his wife, son, two cats, and a host of imaginary friends all clamoring to tell him of their adventures. --This text refers to the paperback edition.

4.1 out of 5 stars
4.1 out of 5
58 global ratings
How are ratings calculated?
To calculate the overall star rating and percentage breakdown by star, we don’t use a simple average. Instead, our system considers things like how recent a review is and if the reviewer bought the item on Amazon. It also analyses reviews to verify trustworthiness.

John Dark
3.0 out of 5 stars Fun Sword-and-Planet Romp
Reviewed in the United Kingdom on 19 January 2021
Verified Purchase
I really enjoyed Scout's Honour. Truly pulpy, with some outrageous purple prose passages. There is an over-use of one particular plot device and the "science" that invalidates energy weapons is, well, daft. But the adventuring never stops, there is some imaginative use of secondary characters and the heroine is worth the saving. Great artists steal from the best, so if you want to see who stole what from ERB, Leigh Brackett and assorted others, you will really enjoy Scout's Honour.
Read more
Report abuse

D.J. Schreffler
5.0 out of 5 stars Sword and Planet in the best tradition of Burroughs and the pulps!
Reviewed in the United States on 29 June 2020
Verified Purchase
Anyone who has read A Princess of Mars will recognize the setup immediately: A handsome man who is a specimen of physical prowess and sound upright character comes upon a princess in distress and must keep her safe, and find a way to honorably woo her that they may wed.

In this case, the hero is a Scout. The reputation that the Scouts used to have lives on in this organization, who scouts beyond wormholes to discover lost colonies. And this is why a young man flying a space ship crashes on a planet full of steam-powered airships. And soon his technological gimmicks are stripped away until all that he has is the ability to, for a time, boost his reflexes, and speed of action as well as thought. But that, with his character of determination, will have to be enough.

The chapters are very short, and look as though they would have fit in a daily newspaper for serialization. And each one ends on a cliffhanger, leaving the reader to wonder What Happens Next! The book itself is nicely self-contained, and satisfying, but doesn't foreclose further stories--which is a good thing, because the sequels are fun, too!
Read more
One person found this helpful
Report abuse

I know I did. I even had the original omnibus collection from a while back too. But re-bought all of them to support more genre fun I want to see.
Read more
One person found this helpful
Report abuse

BTW, the author could easily made the book twice as long by using the obscure and circuitous language popular with writers today, and by adding useless padding. But the author is, as he says, a story-teller, and this is in the classical style of story-tellers from time immemorial.

Actually wanted to mark it down a half star because I couldn't find the beautiful princess on the cover, but we'll let that pass. De gustibus and all that.
Read more
7 people found this helpful
Report abuse

Ven Randle
5.0 out of 5 stars Pure escapist fun
Reviewed in the United States on 15 December 2020
Verified Purchase
Scout's Honor is a fast-paced, action-packed adventure with likeable characters. It's short enough to read in one sitting, which is good because the frequent cliffhanger chapter endings make it hard to put down. It's a great book for those who want to relive the experience of reading A Princess of Mars or for those who want an introduction to the Sword & Planet genre.
Read more
Report abuse
See all reviews
Back to top
Get to Know Us
Make Money with Us
Let Us Help You
And don't forget:
© 1996-2021, Amazon.com, Inc. or its affiliates