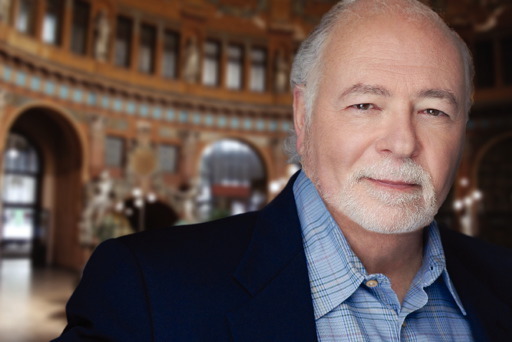 Page 1 of 1 Start overPage 1 of 1
This shopping feature will continue to load items when the Enter key is pressed. In order to navigate out of this carousel please use your heading shortcut key to navigate to the next or previous heading.
Back
Next
Start reading Scorpion Betrayal (Scorpion Novels Book 2) on your Kindle in under a minute.

"The nonstop action will keep readers racing through the pages and hoping that Kaplan will put Scorpion back into action as soon as possible."--Publishers Weekly

"Do this: read the first two pages of Scorpion Betrayal right now. See what I mean? It just gets better from there. Kaplan has written one of the smartest, swiftest and most compelling spy novels I've read in years."--Harlan Coben, bestselling author of Live Wire

"Excellent . . . [Kaplan's] style matches the best of Ludlum, and then surpasses it."--Suspense Magazine on Scorpion Betrayal

"Wow! More heart-thumping twists and turns, beliefs and betrayals, than The Day of the Jackal and The Spy Who Came in from the Cold rolled into one. . . . A textbook example of how to write a great thriller."--Katherine Neville, author of The Eight and The Fire

The head of Egypt's State Internal Security is brutally murdered in a Cairo café--his assailant a faceless killer known only as the Palestinian. It is the opening move in a chilling game of terror that has caught the international intelligence community completely off-guard, and the CIA turns to the one man they believe can get to the twisted roots of a looming nightmare shrouded in mystery: a former Company operative code-named Scorpion.

The breakneck hunt for a mastermind is leading Scorpion from the Middle East to the dangerous underworld of the capitals of Europe. With the fate of the free world in the hands of two well- matched adversaries there is no margin for error. But a shocking truth has been kept from the determined manhunter . . . and beauty will blind him to the ultimate betrayal.

Andrew Kaplan is a former journalist and war correspondent. He is the author of the spy thrillers Scorpion Betrayal, Scorpion Winter, and Scorpion Deception, along with his earlier bestselling novels, Hour of the Assassins, Scorpion, Dragonfire, and War of the Raven, and, most recently, the groundbreaking official series tie-in: Homeland: Carrie's Run. This is his second Homeland novel.
Read more

3.9 out of 5 stars
3.9 out of 5
122 global ratings
How are ratings calculated?
To calculate the overall star rating and percentage breakdown by star, we don’t use a simple average. Instead, our system considers things like how recent a review is and if the reviewer bought the item on Amazon. It also analyses reviews to verify trustworthiness.

Nick Brett
3.0 out of 5 stars Not bad spy thriller
Reviewed in the United Kingdom on 8 January 2018
Verified Purchase
The second in the series to feature “The Scorpion”, a free-lance Black Ops agent who works for US Intelligence. This is, although not without flaws, a fast moving thriller. Scorpion is tasked with eliminating a radical that has plans for a “big one” before the bad guy gets to hit his target(s). Seen this many times, but it is well delivered, with pace and excitement as the chase goes from country to country. Scorpion has an Arabic upbringing so he can fit comfortably in Western and Eastern environments and this does give something different and interesting to the character. As this mission develops, Scorpion starts to realise he does not have the whole picture and there may be more at stake than he can possibly imagine.
The flaws? The author struggles a bit with dialogue with female characters, what is supposed to be sexually charged just feels lame. And some odd bits, we have Scorpion’s US contact in a foreign country being protected by the SAS for no reason. And in Italy we have US snipers protecting a major target, not something the Italians would contemplate!
But for its flaws, when the action gets going and the tradecraft is on display, this is entertaining stuff.
Read more
Report abuse

R. D. Mayles
3.0 out of 5 stars A scorpion with a little sting in its tail.
Reviewed in the United Kingdom on 14 November 2013
Verified Purchase
I read "Homeland" and enjoyed it,so I thought I would give his Scorpion books a read.
It started well,the story holding together.It then started to get a bit deep and confusing.As the book progressed the tale rose and fell and at one point became very dull.The story ended but still had 60+ pages to read.He should have ended it then.It seemed to wander on trying to end.Overall an ok read but about 100 pages too long.I don't think I will read the next book for a while.
Sorry Andrew....
Read more
One person found this helpful
Report abuse

Alan Boyd
4.0 out of 5 stars Overplayed
Reviewed in the United Kingdom on 7 November 2013
Verified Purchase
Too much foreign language that has to be translated. Slightly too complicated plot. Too much detail with holds in hand to hand fights.
Read more
2 people found this helpful
Report abuse

Strobes
1.0 out of 5 stars One Star
Reviewed in the United Kingdom on 19 June 2015
Verified Purchase
Dreadful.
Read more
Report abuse
See all reviews
Get FREE delivery with Amazon Prime
Prime members enjoy FREE Delivery and exclusive access to movies, TV shows, music, Kindle e-books, Twitch Prime, and more.
> Get Started
Back to top
Get to Know Us
Make Money with Us
Let Us Help You
And don't forget:
© 1996-2020, Amazon.com, Inc. or its affiliates